Home » News » ExpressVPN pre-installed on HP in nod of endorsement

ExpressVPN pre-installed on HP in nod of endorsement 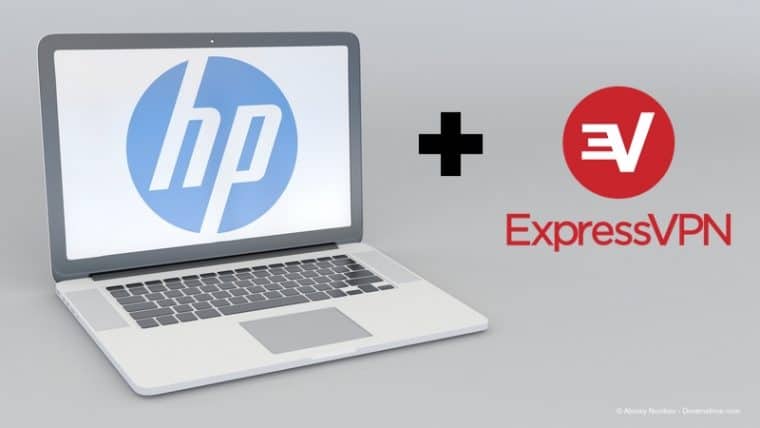 ExpressVPN has long been regarded as among the very best VPNs on the market. This view has now been endorsed by laptop manufacturer HP which has announced that ExpressVPN will be pre-installed on a number of their models moving forward.

HP is about to launch its flagship new Spectre x360 13 model. This 2-in-1 laptop and tablet Ultrabook is HP’s thinnest device yet and while reviewers are already drooling over its design, it is also expected to be among their best-performing laptops too.

What HP users will get

This is the first time that ExpressVPN has reached a deal to bundle its VPN in with a laptop. And the arrangement they have struck with HP ensures that their app is now one of the many pieces of so-called “load and forget” software that many devices come with.

The teams at HP and ExpressVPN have been working closely together for many months to complete a joint security review process.

As a result of that work, the ExpressVPN app is deeply integrated into the Spectre x360 13 device. The level of faith HP has with the ExpressVPN product can be seen in the fact that the app will come pinned to the device’s taskbar.

The Spectre x360 13 comes with a number of other pre-installed apps including a password manager. But ExpressVPN is one of the few to be given this prominence.

A free ExpressVPN trial for every HP customer

In a first for ExpressVPN, they are also offering a 30-day free trial of their software to everyone who purchases a Spectre x360 13. This allows them to use ExpressVPN across their app range, not just the one pre-installed on this Windows device.

ExpressVPN allows up to five simultaneous connections with every subscription and HP customers will also be able to use ExpressVPN on any MacOS, iOS, Android, or Amazon Fire TV Stick they might also own.

This free trial is subtlety different from the 30-day money-back guarantee ExpressVPN offers to all their customers, but it amounts to much the same thing. Users have a 30-day period to try out ExpressVPN and ensure it is the right VPN for them.

HP customers will then have the option to subscribe for a longer period, while other customers can just carry on as normal, or request a refund if they are not entirely happy with the ExpressVPN service.

Why ExpressVPN has gone down the pre-installed route

It is a bold step for ExpressVPN to take but one which ultimately could reap rewards.

VPN take-up in the UK is currently hovering around the 25% mark. The challenge of broadening the market is one that most VPN providers are wrestling with and pre-installation has proved successful for other products.

By placing ExpressVPN on every HP Spectre x360 13, they are bringing their product to a whole group of people who may not have proactively downloaded a VPN themselves but might give it a try if it is already there.

While it is not currently clear whether the agreement will extend to other devices in the HP range, the Spectre x360 13 is their flagship new device, which is a signal of how confident both parties are in this arrangement. It seems likely that other HP devices will carry ExpressVPN in the future.

Certainly, the people behind ExpressVPN are delighted at the partnership.

Harold Li, Vice President of ExpressVPN said in a statement, “We are thrilled that HP has decided to include ExpressVPN as part of their security offering for consumers. This relationship also reflects the fact that VPNs are now considered an indispensable tool for digital protection.”

He said, “Our customers connect to a variety of unsecured public Wi-Fi networks on a daily basis, often without realizing the security and privacy risks. We are excited to be adding ExpressVPN to the set of security offerings for our consumer customers.”

How will this impact the wider VPN market

The timing of this partnership announcement is a telling one. ExpressVPN has long been a market-leading service. The fact that it has topped our best VPN list and been our Editor’s Choice for the past three years speaks volumes for the consistently high-quality service they offer.

But there has been plenty of competition in recent times. Other highly-regarded providers like NordVPN and CyberGhost VPN have upgraded their service significantly in the past couple of years while new providers like Surfshark have added more competition to the market.

In partnering up with such a prominent hardware provider as HP, ExpressVPN is throwing down the gauntlet to these rivals. They are not willing to relinquish their crown just yet.

It would not surprise us at all to see other VPNs seek out similar arrangements in the months and years ahead.

For now, ExpressVPN is blazing a trail, as they so often do. And HP customers are the big winners because they are getting access to the best VPN on the market right now; ExpressVPN.