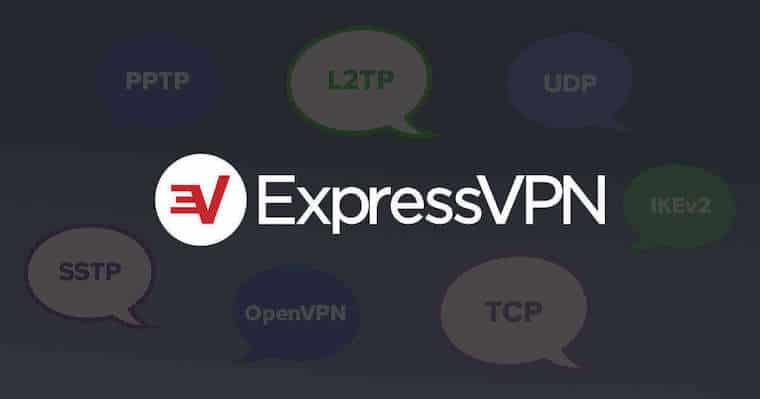 Most VPN users will be familiar with common VPN protocols like OpenVPN. Some will even be aware of the hype surrounding a new protocol called WireGuard which is lightweight, fast, and promises to power the next generation of VPNs.

NordVPN has already begun rolling out WireGuard to all its users through its new NordLynx tool and it has been making waves with Linux users as well.

So when ExpressVPN, one of the biggest VPNs on the market and our current Editor’s Choice for best VPN has news about new protocols, most people will have assumed that it would be about WireGuard integration.

But, not so. Instead, ExpressVPN is going it alone and has announced that it has been working on its own VPN protocol. Called Lightway, the ExpressVPN protocol is intended to serve as the foundation for a dramatically improved VPN experience.

What does Lightway have to offer?

On the face of it, Lightway appears to offer many of the same benefits as WireGuard.

ExpressVPN claims it will deliver significantly faster speeds and a higher performance than the common VPN protocols used by most VPNs at the moment. ExpressVPN puts this down in no small part to its smaller codebase.

According to them, the coding that underpins Lightway is even smaller than WireGuard’s coding. This has several benefits. It makes the protocol easier to audit and leaves less room for bugs and vulnerabilities. But it does also improve performance with a general rule being that the smaller the codebase, the faster and more efficient a protocol can be.

ExpressVPN has a fantastic reputation for delivering online security and privacy to all its users, as you will know if you have read our review of them. It, therefore, comes as no surprise to learn that the new Lightway protocol has been built with security and privacy at the forefront of their thinking.

It has also been designed specifically with ExpressVPN’s apps and infrastructure in mind. Finding a VPN protocol that can cope with such a large and well-used VPN can be a struggle, so developing one themselves does make sense.

Lightway should also handle network changes such as when you switch from Wi-Fi to 4G much more smoothly reducing the risk of your VPN connection dropping out and exposing your online activity to whoever might be watching.

Such a major advance in VPN protocol technology might sound like a game-changer as far as ExpressVPN’s place in the market is concerned. So, it is to their enormous credit that ExpressVPN is planning to open-source the core library behind Lightway to allow others to use it as well.

As they note, this will allow them and other providers to develop new features and services which will ultimately benefit all VPN users.

If you are already chomping at the bit to give Lightway a test run, then I’m afraid you are going to have to be patient for a little while longer.

At the time of writing, ExpressVPN is only opening up Lightway to a small group of beta testers and initially only on Android devices.

They admit it is likely to be a while before Lightway is made more widely available and there will be bugs and other things they have to iron out before it goes mainstream on their apps.

Here at VPNCompare.co.uk, we are one of the chosen few to get a chance to put Lightway through its paces in beta mode. We look forward to testing it and will keep users posted about how it performs and any news that comes out of ExpressVPN about its rollout.

ExpressVPN has an unparalleled reputation for excellence in the VPN sector and a proven track record of delivering security, privacy, and speed for its many users all over the world.

That is why it is so exciting to hear that an ExpressVPN developed protocol is on the way. It promises a great deal and if the rest of ExpressVPN’s performance is anything to go by, it will make a huge difference to VPN users everywhere.