May 2019 has arrived, and for a lot of people, that means only one thing – Eurovision is coming.

Eurovision is one of the biggest music-related events around the world, and while it started in Europe, and it is ironically called ‘Eurovision', it has expanded to include multiple non-European countries, including Australia, which is on the other side of the world!

But, if your country is not located in Europe, and is not among participants – you might find it hard to watch it live, in fact even in countries taking part it can still be difficult to get live coverage.

It would be a shame to miss such a big event, so we have found a way for you to watch the final and knock-out stages from anywhere and below I'll be showing you how.

What you'll need to watch Eurovision 2020

In order to watch Eurovision, you will need to obtain access to one of the best online streaming services in the world – BBC iPlayer.

However, this is a UK-based service, and as you may know, the country is highly restrictive when it comes to allowing access to its services and content to outsiders.

Due to geo-restrictions, iPlayer has a block to anyone who is not in the UK, and you won't be able to access it. That is, unless you use a simple VPN app.

A VPN allows you to change your location making it seem like you are in the UK.

For this purpose, we recommend ExpressVPN, which is extremely fast, has plenty of connection options or ‘servers' in the UK, features a 30-day money-back guarantee, and is 49% cheaper if you take its annual package.

Other than that, you can also use NordVPN and CyberGhost VPN, or any other service – you're free to choose.

Just be careful, as those that can unblock the iPlayer are rare, but these three we've tested and work perfectly.

Once you pick which VPN you wish to use, the process of actually watching Eurovision is simple, and you can do it in four easy steps.

Naturally, you must start with signing up for a VPN app, and the first thing to do is to sign up and create your VPN account.

In this example I'll be using ExpressVPN but you can adapt the steps easily depending on what service you choose.

All you need to do is to go to the service's website, enter your email, password, and payment info, and you will be ready for the next step, which is:

After providing your details, you'll receive an email with links to multiple VPN apps, for various devices. Pick the one you need, download it, and install it, just like any other app.

For ExpressVPN, for example, you can download their Windows or Mac app from the ‘Products‘ section of their website.

If you're using an Android, Apple or Amazon Fire device then you can search their usual app store for ‘ExpressVPN' or the service name you signed up for.

Launching the app will lead you to a list of servers, and to unlock the iPlayer, you need to connect to the one in the ‘United Kingdom‘. Choose it from the list, and hit connect.

And, that's it. You can now access BBC iPlayer, and with it, watch the Eurovision Song Contest. Enjoy!

When is the Eurovision Song Contest taking place?

Eurovision Song Contest is rather close now, and the final will take place on May 18th in Tel Aviv, Israel. However, with the steps above you'll not only be able to watch the final but also all the knock-0ut rounds in the days prior to that.

Live coverage starts from 8 pm BST and that time may be different depending on your location. So make sure to find out when the broadcast will start so you don't miss any of the contestants.

What's the Eurovision Song Contest all about?

The Eurovision Song Contest, also known simply as Eurovision, or sometimes even Eurosong, is an international song competition that started in Europe back in 1956.

It came to be as a way to bring war-torn Europe together, and provide some light entertainment for the troubled countries.

Since it ended up being a major success, it quickly became a traditional annual event, which takes place in the country that won the contest last.

This year that will mean Israel after Netta Barzilai won the 2018 contest, and as for the next year, well, we will have to wait and see.

Who to look out for this year?

Of course, supporting various artists who perform on Eurovision has become something of a sport for a lot of people, particularly when it comes to guessing who might win.

There are 41 countries in total, and while not all of them will reach the finals, it is still fun to try and guess.

There are already speculations regarding potential winners, as well as numerous public polls. 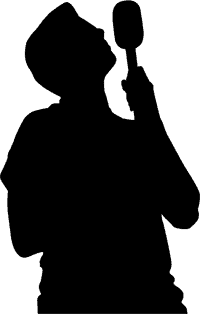 Many believe that Kobi Marimi might win, thus granting Israel its second victory in a row. Others are supporting the Netherlands' Duncan Laurence, as well as Sweden's John Lundvik.

If Lundvik wins, that would be Sweden's seventh victory.

For now – nobody knows, which is exactly why the contest is so exciting.

The Eurovision Song Contest of 2019 is only days away, and it promises to be as exciting as ever. With so many popular singers, the show is bound to be spectacular, and it would truly be a shame to miss it.

If you are in a country that does not participate in the contest or it's just not being shown in your location – you will have to use additional tech to gain access to the live stream.

Luckily, ExpressVPN has everything you need in order to watch the show live without worrying about buffering or low quality.

Just make sure to subscribe to it before the show starts, and enjoy singing along with everyone else.