EU wants to see an end to unjustified geo-blocking 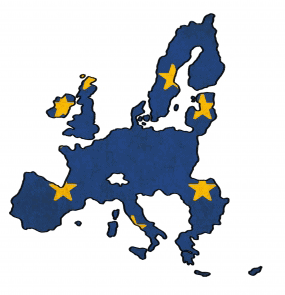 BBC iPlayer, Netflix and a whole host of other European services may soon be required to offer their services Europe wide without restriction if new EU rules come into force. The European Commission has proposed a new initiative for a “digital single market” following in the footsteps of The Single Market Act introduced in 1992.

Member states of the European Union which currently stands at 28 different countries have enjoyed the benefits of a single market allowing the free flow of goods, services and people but the online world has been slow to catch up and plans are being put in place to rectify this.

Currently services such as BBC iPlayer are restricted to citizens in the United Kingdom and while live TV streamed online requires users to own a TV License in the UK their catch-up service does not. When British citizens with or without a license travel outside of their country access to the site is restricted meaning expats, travellers and even citizens of other countries can not access iPlayer.

Thousands of travellers and expats currently use VPN services to circumvent these geo-blocking restrictions but if the EU have their way then VPN use may become a thing of the past for travelling Brits within the EU.

The new digital single market initiative aims to increase the use of online services and goods across the EU by removing what it has called “unjustified geo-blocking”. Part of the reasoning behind the proposed changes is to allow users to enjoy content they have purchased or have access to in their home country while travelling across the EU. Just as users in the past took physical media with them on holidays or travels like CDs or DVDs the same access to digital content has been thwarted with the widespread use of geo-blocking.

Geo-blocking is the practice of limiting, restricting or routing users to another version of a site when visiting from outside the intended location. The European Commission used the example of car rental companies who have been found to offer varying prices depending on the location where the user resides. In the physical world such EU country-specific pricing or purchase restriction would be illegal and with the new proposals the digital world looks set to follow suit.

The new proposals set out 16 different points that hope to be achieved by the end of 2016 however the BBC themselves report that users may not experience the full effect of such changes until much later.

Point 4 of the proposal focuses on geo-blocking :-

to end unjustified geo-blocking – a discriminatory practice used for commercial reasons, when online sellers either deny consumers access to a website based on their location, or re-route them to a local store with different prices. Such blocking means that, for example, car rental customers in one particular Member State may end up paying more for an identical car rental in the same destination.

VPNs still needed for the time being

While the proposals are good news for Brits travelling abroad and other European citizens the changes are not expected to come into force for the next few years and until that point users wishing to access BBC iPlayer or other geo-blocked content will need to continue to use the services of VPN providers.

Geo-blocking has become a huge issue around the world not solely in the EU. Australians are some of the biggest VPN using geo-blocking circumvention users in the world and according to Erin Turner of Choice, Australia an estimated 684,000 Australians currently use VPN services to circumvent geo-restriction. The Australian Minister for Communications, Malcolm Turnbull even has a section dedicated to VPN use and how under Australian Copyright law it is not illegal to circumvent geo-restriction to access overseas content.

Geo-blocking may be about to become a thing of the past in the coming years but until then users who wish to access content should try VPN services and a good place to start is our VPN Comparison Guide.

Image courtesy of taesmileland at FreeDigitalPhotos.net