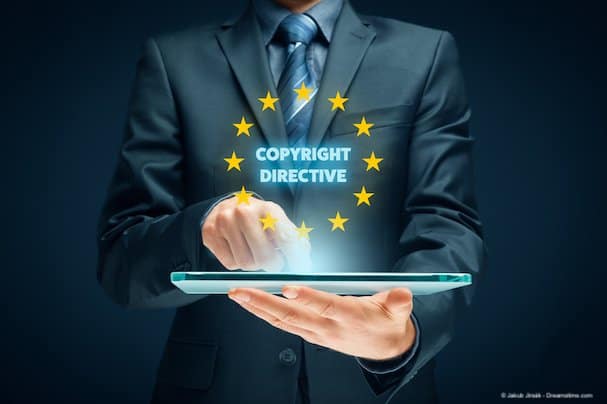 It has been years in the making, but the EU has finally agreed on the form its new Copyright Directive will take and it is worse than everybody had feared.

The Copyright Directive has been opposed by just about everyone from large and small business, to artists groups, human rights campaigners, and millions of EU citizens. But in true democratic style the EU has chosen to push on anyway and after three days of discussions in France, the Directive is now set in stone.

There is far too much to condemn about the EU Copyright Directive for us to go into detail here, but there are a few aspects that are particularly concerning.

Under Article 13 of the new Directive, any online community, platform or service that has existed for three or more years, or is making €10,000,001 a year or more will now be responsible for ensuring that no content on their site is ever in breach of copyright even for a second.

As the Electronic Frontier Foundation has noted, this is completely impossible. The only possible outcome of such a law is for companies to spend countless millions of pounds developing sophisticated copyright filters which will surveil and censor huge swathes of content.

The development of such filters will entrench the oligopoly of the handful of big tech companies in the USA who will be able to afford them. All competition from EU-based companies and beyond will be stymied.

Even if a platform is too small to fall under this rule, it will still be required to make its ‘best effort’ to comply which is so vague as to make it almost inevitable that most business will fall foul of the rule.

The impact on Kodi

One platform which is likely to be hit especially hard is Kodi, or to be more precise the unofficial Kodi developers who produce all of the most popular Kodi addons.

The majority of these unofficial Kodi addons source streams on movies, TV shows, and other content, and then point users towards them. Because they don’t actually host the content, they are not currently considered to be in breach of copyright.

But under the new Article 13, then not only would many of these addons fall foul of the law, but the chances are that the sites they are sourcing links from will be quickly taken down too.

If the new EU Copyright Directive is voted into law, it appears likely to mean the end of Kodi as we know it as well as a fundamental shift in how the internet operates, inside the EU at least.

Can the Copyright Directive be stopped?

If the Copyright Directive does come into effect, it will not affect sites outside the EU. It seems likely that a number of sites will opt to make themselves unavailable in the EU in order to escape legal action under the new laws.

If this does happen, it will be bad news for EU-based internet users. But it will mean that you will still be able to access them using a VPN.

By signing up to a VPN such as ExpressVPN and then connecting to a non-EU server, you will be able to access all content that is blocked in the EU, regardless of where in the world you are.

But the Copyright Directive is not yet assured of a simple passage into law. It still has to be voted through the European Parliament and as the only vaguely democratic part of the EU bureaucracy, that means there is still a chance for you to have a say.

That vote will take place on either the March 25th–28th Parliamentary sitting or the April 15th-18th sitting. Usefully, these sittings come just ahead of the next European Parliament elections which will be held in May.

This means that now is a great time to get in touch with your local MEP and tell them not to vote for the EU Copyright Directive and remind them that the election is imminent. Millions of people have taken action Article 13 already. It’s not too late to stop it.