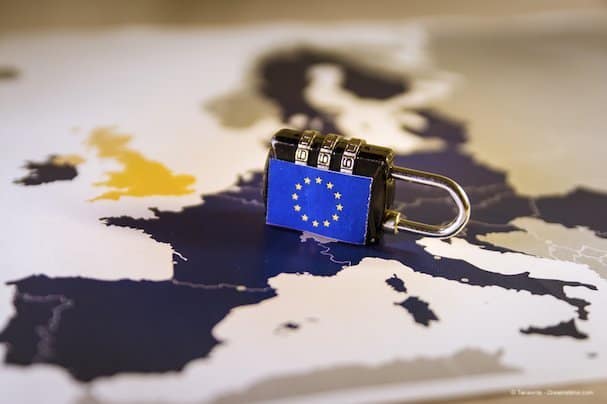 The Brexit debate might be refusing to die down in the UK but over on the continent, it is business as usual for the EU’s bureaucrats.

Their slow but steady march towards a federal Europe continues apace and it is the internet they have in their sights now.

You might be forgiven for thinking that internet freedoms were something that already fell under European law. After all, it is the EU which passed the highly controversial General Data Protection Regulations, Article 13 of its Copyright Directive, which was widely condemned, and a host of online internet-freedom-busting laws.

But in broad terms, the rules about what you are permitted to say and do online remain within the power of Europe’s national parliaments. That will still be the case for Britain once Brexit comes into force. But for the rest of Europe, it is another power likely to soon pass over to Brussels.

What that means in layman’s terms is that the power to set internet laws and regulations will be taken away from individual member states and handed to Brussels.

The Digital Services Act is not currently in the public domain. Member states are yet to be formally consulted on the plan. But an internal briefing about the Act has been leaked to the German digital freedom campaign group NetzPolitik which has done a great public service and published the document in full.

As Andrew Tettenborn, a Professor of Commercial Law has explained in Spiked, the EU’s has used the fight against hate speech online as a trigger to justify centralising internet law-making.

In the briefing, they argue that currently, tacking online hate speech is “expensive and inefficient across the Single Market”. Their solution is that EU law should cover the “entire stack of digital services”. Everything from internet service providers (ISPs), social media, search engines and cloud services should all be under the control of Brussels.

The briefing makes the case for binding rules across the entire EU on the removal of hate speech from online platforms.

They also want the power to regulate online advertising, and in particular political advertising, to be centralised. A cynical Brexiteer might suggest that this is to try and ensure no other member state can escape the EU’s clutches.

One curious contradiction that Tettenborn has identified in the briefing relates to the laws around “general monitoring obligations”. That is automatically filtering and monitoring for undesirable content.

EU law currently provides explicit safeguards to prevent this. The briefing states that these should continue but “specific provisions governing algorithms for automated filtering technologies should be considered, to provide the necessary transparency and accountability.”

In other words, automatic filtering should remain banned apart from when the EU decides it should be permitted.

Why EU citizens should be concerned

There are a number of obvious reasons why citizens of EU countries should be worried. Even if you are broadly happy with more powers being removed from your national parliament, there are some concerningly broad proposals in this proposed Act.

For example, the EU wants to pass sweeping new laws to tackle hate speech but has made no effort to define what hate speech actually is. That raises the prospect of vague or badly-drafted laws that could lead to excessive online censorship. Another vague term used freely is ‘harmful content’.

Of course, the UK is in no place to attack the EU on this front. Our Online Harms White Paper is one of the most censoring legislative proposals ever put forward by the government of a free and democratic country.

But the fact that this briefing refers to that document in glowing terms and is also full of praise for France’s recent new ‘Fake News’ laws gives a clear indication of where the EU expects to be heading with this Act.

The idea of the EU seizing control of political advertising is also deeply troubling. While some pro-leave claims in the Brexit debate have gone too far, they have also highlighted a number of significant and genuine flaws with the EU, such as corruption and financial waste.

It would be easy for the EU to block such claims in future and dismiss them as ‘misinformation’. They have not exactly been forthcoming and transparent about such issues up until now.

The inevitable consequence of the proposed EU Digital Services Act is restrictions on free speech online as ISPs, websites, and social media outlets scramble to comply with another set of loosely-worded legislative requirements.

Given how hard it is for EU citizens to make their voices heard in Brussels, the only chance to escape these restrictive new laws would be to use a VPN connected to a jurisdiction outside the EU to circumvent them.

Many will choose to do just that. The big question for us Brit’s is whether we will one of those jurisdictions or be forced to use that VPN ourselves.