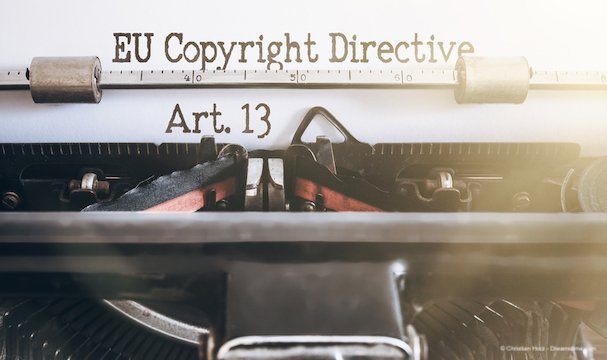 While Britain is busy tearing itself apart while deciding how to leave the EU and indeed whether it should at all, the EU is continuing to do what it always does; surreptitiously passing laws which will have a whole host of unintended consequences.

Yesterday it was the turn of the EU Copyright Directive, which despite huge opposition from all manner of experts and protests which saw tens or thousands of people take to the streets of mainland Europe, was approved in a vote of the European Parliament.

A total of 348 MEPs that most European people didn’t vote for supported the new legislation while just 274 opposed the law. The result is likely to fundamentally change the internet in mainland Europe as we know it.

As one German MEP, Julia Reda, who has campaigned tirelessly against the new law said in the wake of the vote, yesterday was a “dark day for internet freedom”.

What the new EU Copyright Directive means in practice

There is a lot of worrying content in the new EU Copyright Directive, but the two most controversial sections are Article 13 and Article 11.

This article has been dubbed the ‘meme tax’ as it will effectively outlaw almost all popular memes that sweep the internet on the grounds that the content they use is copyrighted. If you have enjoyed the various Hitler memes taken from the popular German movie ‘Downfall’, then bad luck, those are now illegal.

That will inevitably lead to internet censorship on a mass scale. The only way websites can comply is by buying or developing content filters which will inevitably block swathes of legal content along with the copyrighted content.

It will also prove to be hugely anti-competitive as only the established big internet platforms will be able to comply with the new rules. It is therefore bizarre, to say the least that the unelected European Commissioner for Competition, Margrethe Vestager, has described the vote as “great news”.

Article 11 is being referred to as the link tax. This is intended to force news aggregation sites such as Google News to pay whenever they use snippets of other publications articles.

It is also not clear where the line is drawn between commercial and personal use. Personal use is supposed to be excluded under the article, but there is no explanation of whether someone with a big social media following is considered a personal or commercial user.

What is the likely impact of the EU Copyright Directive?

While the European Parliament has now approved the EU Copyright Directive, it will not come into force straight away. The bureaucratic complexities of the European Union mean that it is now the responsibility of each of the 27 member states to enact the new laws domestically.

This will take time and there is some scope for local interpretation so it is possible that a few countries will try and soften the impact of the laws. Others may require the use of a certain type of content filter or interpret any one of the vaguely worded articles in different ways.

But in broad terms, the internet is about to get a great deal less free. The Copyright Directive is likely to lead to widespread content filtering and censorship and impact on freedom of speech and freedom of expression online.

As the chief executive of Open Knowledge International, Catherine Stihler, said: “We now risk the creation of a more closed society at the very time we should be using digital advances to build a more open world where knowledge creates power for the many, not the few.”

She urged EU citizens to use the upcoming European elections to elect candidates who would oppose the Copyright Directive and seek to make substantial changes to it.

Given how disengaged most European people are with the European Parliament this seems unlikely. It is far more likely that people will choose to use technology to get around the restrictions.

By using a VPN such as ExpressVPN or IPVanish and then connecting to a server outside the EU, users will be able to get around EU censorship and access all internet content freely.

It is a sad day when internet users in Europe have to resort to the same measures as those in Communist China or Putin’s Russia to access the internet freely. But thanks to yesterday’s vote in the European Parliament, that is the situation we find ourselves in.