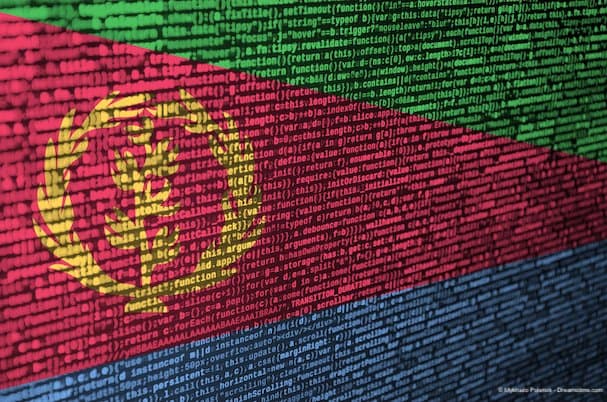 The Government of the East African nation of Eritrea is the latest to turn to online censorship in an effort to stymie political dissent and public protest.

Multiple reports from inside Eritrea confirm that access to all social media sites has been blocked since May 15th. People using these sites have been forced to resort to VPNs in order to communicate with each other.

All of the main VPNs, including ExpressVPN, NordVPN, and IPVanish are still accessible in Eritrea. And those Eritreans who are using their services simply have to connect to a server outside their own country to circumvent the blocks and access any social media site and online messaging software as normal.

The political situation in Eritrea

The latest online censorship in Eritrea is thought to be related to the upcoming independence day celebrations in the country.

On May 24th, Eritrea will mark the 26th anniversary of gaining independence from neighbouring Ethiopia. But the occasion is widely expected to be marked by significant public protests across the country.

Since gaining independence in 1993, Eritrea has been ruled by President Isaias Afwerki. No opposition is permitted in the country and the Afwerki regime has been accused of using violence and military to put down any dissent and also to muzzle and intimidate the media. There is currently no free media in Eritrea either.

It is not the first time they have chosen to cut the internet in an effort to put down protests. Two years ago, students took to the streets in the capital city Asmara on independence day to protest at the regime’s interference in schools.

The response of the regime was to cut the internet entirely while at the same time the military fired live weapons to disperse protests. Scores of people were arrested in connection with the protests.

In 2016, the UN produced a 500-page document about the political and human rights situation in Eritrea. It included details of extrajudicial killings, torture, rape, censorship, surveillance, and even enslavement on what the UN described as being “a scope and scale seldom witnessed elsewhere.”

Little wonder the people of Eritrea are on the verge of rising up again.

The limited effects of online censorship

It is actually highly questionable how much of an effect internet censorship of this kind has in Eritrea. It is a hugely impoverished country and has one of the lowest internet penetration rates of any country on earth.

In 2018, it was estimated that just 71,000 people in Eritrea had access to the internet. In a country with around 5 million people, that equates to around 1.3% of the total population.

This is only an estimate but, if accurate, would give Eritrea the lowest internet penetration rate of any country on earth except North Korea. In Eritrea, it is also illegal to access the internet on a mobile phone.

While it is likely that those organising protests against the regime would be among those who did benefit from internet access, in the past protests have developed fairly spontaneously as people have motivated each other to stand up against the Afwerki regime.

With discontent at the complete absence of political reform in Eritrea growing and anger at the lack of development after 26 years of Afwerki’s rule, these protests looked set to be some of the biggest in the country’s short history.

It remains to be seen if the regimes latest online censorship efforts are effective in preventing the Eritrean people standing up for their rights.