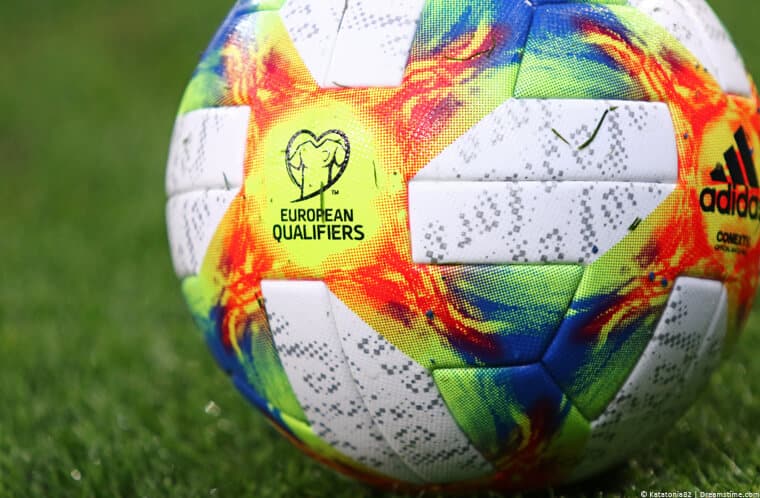 The international break, love it or hate it – it's here.

England will be taking on Bulgaria and Kosovo over the next few days, and below I'll be showing you how you can live stream the match wherever you are in the world.

If you are a fan of football, you already know that England's qualifying group isn't the most challenging, but football is football.

While the below solution will work for future matches like the Kosovo one and the rest of the European qualifiers, we'll be concentrating solely on the Bulgaria match.

The match takes place this Saturday, and if you wish to watch this one but are outside the UK, you will need some help.

In most countries the game won't be shown and the UK's streaming services geo-restrict it to the UK only. So let's get started.

When is the match shown?

The match will take place on Saturday, September 7th, at 5:00 pm, UK time, and it will occur at Wembley Stadium in London.

Naturally, a live stream will be shown at the same time. However, if you don't live in the UK, and don't plan to be there at the time of the match – you will need some help watching the game.

As mentioned, the game will take place in the UK, which guarantees its live stream on ITV, on regular TV, as well as on ITV Hub, for those who enjoy streaming online.

So, if you happen to find yourself within the country at the time of the game – you should be all set, allowing you to watch the game without issue.

For everyone else, however, ITV and ITV Hub will be blocked. This is true for most services based in the UK, and the only way to unblock them is to use a VPN app.

If you haven't heard of ‘VPN‘ before it's a way to protect your internet connection and the feature you'll be interested in is the ability to change your location.

There are hundreds of VPN apps, but with fast VPNs like ExpressVPN, you can enjoy the football in top quality, without buffering. They've also got a 30-day money back guarantee covering you too.

Alternatively, you can also use NordVPN and IPVanish, which also works well, and you're free to choose.

How to watch England vs Bulgaria

Simply put, if you wish to watch the match and you're not in the UK – you will need a VPN.

I recommend using ExpressVPN, but you are free to choose any VPN service you want, just make sure that it works for UK services.

You can now watch the entire match live in any country.

This gives you just about enough time to get some beers in the fridge or your favourite alcohol-free drink, put your feet up and get ready for what should be a walk-in-the-park game for the national team.

When it comes to the match itself, it is part of the Group A UEFA Euro 2020 qualifiers.

It won't be the first that England has had this year, as they already played against the Czech Republic back on March 22nd, as well as against Montenegro on March 25th, winning both matches along the way leaving them top of the group.

The first two matches – against Montenegro and Kosovo – were draws. They lost however to the Czech Republic and the return to Kosovo. With just 2 points from a possible 12, they shouldn't give England much trouble.

Now the Bulgarians need to take on England, and the fact that England manager, Gareth Southgate, called up three uncapped players – Tyrone Mings, James Maddison, and Mason Mount as part of his more experienced 25-man squad – spells real trouble for Bulgaria. Many expect England to win this one with ease.

If you are interested in football, you can use your VPN for watching the rest of England's Euro 2020 Qualifying matches.

There are still more to come, and while the group isn't lighting any fires, free football is free football, right?

Apart from that, ITV Hub offers a variety of other content, not to mention other UK streaming services like BBC iPlayer, Sky Go, and even the UK version of Netflix all of which you can watch outside the UK with your VPN app.

Using a VPN will keep your online activities safe and secure too. So no one will be able to snoop on what you're doing online, allowing you to browse the web privately.

England and Bulgaria are going to clash on September 7th, giving you plenty of time to get set up for this group stage match.

Grabbing a VPN from ExpressVPN only takes a few minutes from signing up to set up. Once you've got their app connect to the United Kingdom.

You can then stream the entire match live wherever you are in the world.

Who are you expecting to win this match? I would love to hear your thoughts, so why not post in our comments section below?