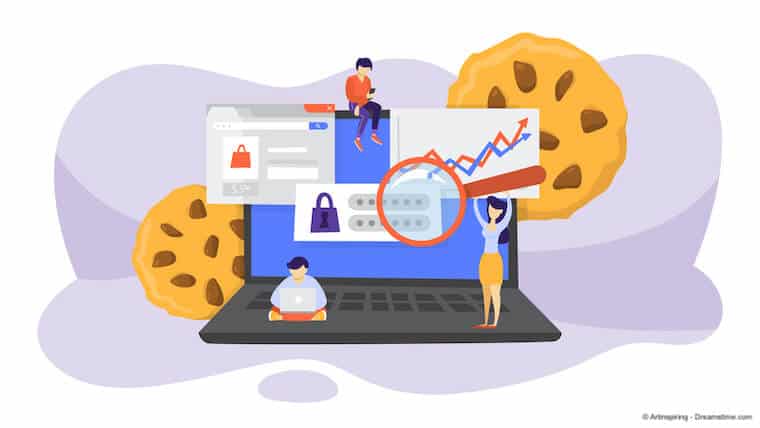 For some time now, DuckDuckGo has been to go-to browser for internet users that want to search the web without Google hoovering up every last detail about their online habits.

It has processed around 3.3 billion searches so far this year and its browser apps and extensions have been downloaded more than 20 million times and are currently averaging 100,000 downloads a day.

Now, DuckDuckGo is helping other browsers to follow in their footsteps thanks to a tool known as Tracker Radar.

What is Tracker Radar?

DuckDuckGo prides itself in not tracking its users and helping them to avoid other sites that do. In the course of this work, it has accumulated a fairly comprehensive data set about companies, websites, and URLs that track people online.

It has now used this data to create Tracker Radar, a data set that contains all this information and is now openly available for anyone to use.

Tracker Radar contains the details of no few than 5,326 internet domains and 1,727 companies that track users online. These details are sourced primarily from DuckDuckGo’s own analysis.

But it also uses information about other companies that monitor online tracking. This includes things like the Disconnect List.

The problem with blocking tracking

The Tracker Radar tool also annotates its list with other information because stopping websites from tracking your online activity is not always as simple as it seems.

It can cause problems when viewing some websites and in a few cases, it can even stop them from working altogether. Common issues include things like videos not playing, e-commerce transactions being broken, and login processes not functioning correctly.

In DuckDuckGo’s own products, they have various ways to address these problems and, as many uses will attest, there are very few websites that struggle to work with DuckDuckGo’s tracking blockers enabled.

Where possible, the Tracker Radar highlights where these issues are likely to arise. This allows other sites using the tool to mitigate the problem in their own way or, if they prefer, exclude that site from the sites they are blocking trackers on.

Perhaps the most impressive aspect of DuckDuckGo’s Tracker Radar project is that they are giving it away absolutely free. Anyone can access the data and use it as they see fit and one other prominent browser, Vivaldi, has already taken up the offer.

But DuckDuckGo is a for-profit company and does show adverts on its own browser. So, why have they taken this step?

According to the company’s founder and Chief Executive Gabriel Weinberg, some things are more important.

“Our vision for the company is to raise the standard of trust online,” he explained. “That vision trumps the profit potential here.” Weinberg even acknowledged that Tracker Radar could even end up ‘cannibalising’ the company’s own browser product.

DuckDuckGo currently generated adverts powered by Microsoft. But these adverts are based on what you are searching for at that particular moment rather than any more long-term data and the company absolutely does not use tracking cookies itself.

There is also a potential profit-making aspect to the Tracker Radar project. While the data itself is free and will be updated monthly, any companies who want help using the data can also buy a license from DuckDuckGo, who will help you implement the data on your own products.

The launch of Tracker Radar is the latest in a long line of innovative privacy tools that have come to market in recent times. This illustrates the growing demand among internet users from privacy-friendly options.

There are now a growing number of products that are offering tracker-blocking options. This includes things like Apple Safari, the Brave browser, Mozilla's Firefox, and Microsoft's Edge as well as DuckDuckGo.

And these are just the browsers. Extensions such as Ad Blocker are also growing in popularity while the increase in the use of VPNs all around the world, even in countries where data retention and online privacy laws act in the interests of users, also shows a growing demand for privacy.

DuckDuckGo’s innovation will make it far easier for other sites to go down this same road. It has already enabled Vivaldi to offer a tracker-blocking service and Gabriel Weinberg was clear about the fact that he not only wants more companies to sign up but hopes they will be ones with bigger audiences than Vivaldi.

It is to DuckDuckGo’s enormous credit that they have chosen to make Tracker Radar free and that is a step that will help more companies to block tracking sites.

But there is a reason why companies use tracking cookies. The advertising market it fuels is hugely profitable and most people are unaware that they are a part of it.

Awareness of this and the importance of online privacy is growing and Tracker Radar could be a crucial step up the ladder to enhanced online privacy for all.