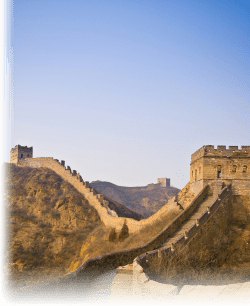 It appears as if Dropbox is now blocked in China. This is a surprising upturn of events due to the fact that it was only as recently as February 2014 unblocked in China, why this sudden change of mind is left to anyone’s guess. As we’ve explored before in our Best VPN for China guide it is evident that the Chinese government are continuing to crack down on many services us western users enjoy and for many, rely on.

For those few of you who haven’t heard of Dropbox or who have heard of it but aren’t entirely sure what it is then it is rather simple, it is basically an online file hosting service that allows users to store their files in the “cloud”. Those of you who remember emailing themselves files they wanted to take anywhere with them are relieved with a service such a Dropbox which allows you to access your files from any location over a range of devices without any hassle.

PCWorld are reporting as of yesterday access to Dropbox is completely blocked in China which extends to both their app and web service. Dropbox is a service that the Chinese government have been playing cat and mouse with blocking over the past few years. One instance of the service becoming available either intentional or unintentional was back at the the start of 2014 when Dropbox introduced access to its services via their app using HTTPS. HTTPS is a protocol for secure communication and is the type of system you would usually see employed at your bank or other information sensitive sites which encrypts user data from your browser to the other end. How this aided Dropbox was it disguised the type of internet traffic thus circumventing any blocks in place on the great firewall of China.

Unfortunately for business in China and those travelling to China, blocking a site such as Dropbox which now boasts over 300 million users is a headache many could do without. As the Chinese government crack down further on services that many users depend on the requirement to “bypass” such restrictions has increased over recent years and as more sites are added to the ever growing block list it is now more than ever a necessity to invest in a system to avoid such blockades.

Luckily for users in China or those visiting a system exists which is known as a Virtual Private Network or VPN for short. Users who live in China will most likely already be aware of this type of system. How this aids users in China is it allows an encrypted connection to be made to a server outside of China which then in turn allows unrestricted internet access inside China. Due to the

encryption a VPN system employs it is more than not impossible for the firewall of China to distinguish the type of traffic passing through the encrypted connection, what this means in a nutshell is they can’t tell you are accessing sites that are usually restricted due to the server you connected to being the one accessing the site and passing the information back to you in encrypted form.

The process is essentially seamless in the sense that as a user yourself you don’t generally notice any difference than if accessing via your normal internet connection as long as you have a stable and reliable internet connection to start with. As with everything the Chinese government have also started to crack down on VPN services by inspecting the data transferred to the nth degree and marking it as VPN traffic, so regardless of what is being transferred it is possible or likely that it will be blocked.

Fortunately for users wanting to access Dropbox in China it is possible by using a new proprietary VPN system introduced by industry leading VyprVPN who in January 2014 launched a new service named Chameleon.

Although being proprietary which normally would go against the grain of VPN protocols being open and clear it is actually the exact same reason why this is a boon for users in China, while no public documentation exists on how the system works it makes it that much more difficult for countries such as China to block the system. Back in January 2014 Golden Frog president Sunday Yokubaitis told Gigaom “The protocol scrambles any of the metadata and makes it disappear” and as long as it continues to do that job users in China can be safe in the knowledge they’ll be able to access Dropbox unrestricted by making use of the extremely easy to use VyprVPN desktop software and mobile/tablet apps.

The basic premise of the protocol is illustrated above in which standard VPN protocols are more likely to be blocked with Chameleon being able to power through the great firewall of China. The great thing about the system is not only will it allow access to Dropbox but other services and sites that are blocked in China too!