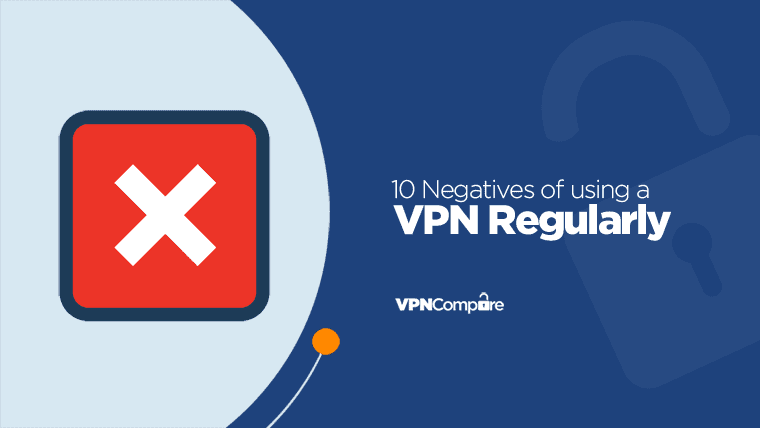 Virtual Private Network, or VPN, is the go-to technology for those who wish to improve their online privacy, security, or just unlock Netflix or other streaming services.

However, it does come with a number of downsides that you should know about if you are a regular user, or if you plan to become one.

Note that these negatives should not discourage you from using a VPN but they are some of the lesser thought drawbacks of VPN use.

1. VPN will slow you down

A VPN ensures your online privacy and security by hiding your traffic from view and encrypting it so that no one but you can read it.

Even if there is a leak and someone managed to collect some of your data, this will be entirely unreadable for them due to the encryption.

However, the problem is that a VPN does this for all your traffic, which means that you will be slowed down a bit.

If you have a combination of fast internet and a high-quality VPN, you will probably hardly notice it. However, if you pick a lousy VPN and your internet is not the best, it can be infuriating.

2. Connecting to overseas servers will serve you localised content

A lot of people use a VPN in order to bypass censorship and geo-restrictions.

They do so by connecting to a server in a foreign land, where such restrictions do not exist. The downside of this is that you might start getting localised content that you don't want, such as adverts in different languages that you can't even understand.

This may or may not be a problem for you, but a lot of people would call it a disadvantage.

Depending on your ISP and how aggressive its policies are, you might find yourself blocked from using a VPN if your internet provider detects it.

This would be the absolute worst-case scenario. It is also possible that they would slow down your internet speeds, which would make doing anything with a VPN complicated.

You would have to choose to either have a very slow and unreliable connection or simply give up on the VPN.

If you are using a VPN for privacy purposes, you should always go for the industry's top services. They might be a bit more expensive, but they have the money and the technology to make you truly safe.

If you use a less capable service, it might be hacked or infected with a particularly stealthy malware without you or the service knowing about it.

There's also a risk if you download your VPN providers app from a third-party location.

If that ends up being the case, you might be feeding your data to hackers through the VPN.

A lot of companies allow their workers to do their jobs remotely, particularly now, in 2020, as the worldwide pandemic forced people to stay at home.

In this case, businesses will provide their workers with a business VPN, which should work out fine.

However, that leaves the employee in charge of their own device's security.

If the employee was not made aware of potential threats and how to protect themselves and their device, someone might hack it in order to access the company's resources and business secrets.

If you use online banking, and you happen to start visiting your account while you use a VPN, your bank might notice that you are connected from an overseas location.

If this happens, it might think that your account is being hacked from abroad, in which case it will likely freeze it in order to secure your funds and its network.

This can lead to all kinds of complications, and will essentially prevent you from using your own money.

In 2020, residents of New York were frozen out of unemployment benefits due to VPN use (Source).

Since online shopping became a thing, there were numerous cases of credit cards being stolen, and then used in combination with a VPN, so that the thief would not be discovered.

This is why a lot of online stores have VPN detection systems, and if you end up being detected, you might have complications here, as well.

Stores also don't appreciate people connecting to other regions in order to acquire items at lower prices, which is another way in which people tend to use a VPN.

8. PayPal could block you

PayPal is stringent regarding things like this, and it might permanently block your account. In the end, you might not be able to retrieve your money, as the company will likely rather risk enraging you than being proclaimed unsafe.

9. Google will make things difficult for you

If you are a user of Google products, such as Gmail, using them with a VPN is bound to make an impact.

Google might think that someone is trying to hack your account due to an unknown IP address gained through a connection to a distant server, and it will require you to verify your identity every single time.

The same could be said when searching where you'll be made to verify through Recaptcha over and over. Click all the images featuring lamp posts, anyone? 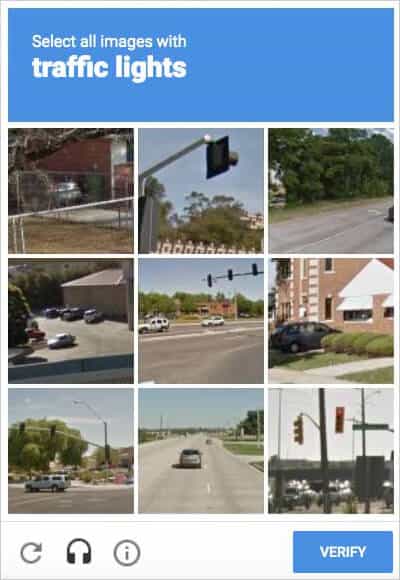 Using a VPN is one of the best ways to improve your privacy, but don't make a mistake of thinking that you will become an online ghost just because you paid a few dollars for a month-long VPN plan.

You can still be tracked and identified if you connect to your Facebook or other social media account, and there is always a possibility of a DNS leak or even the app malfunctioning.

Keep in mind that you are using a VPN to better your chances, but not as an ultimate, 100% guaranteed solution.

A VPN is a great way to become safer and more anonymous while using the internet, but it does come with a number of downsides that you should be aware of.

There are some great providers out there, check out these in our VPN Comparison Guide for a list of the best.

You won't necessarily suffer all of these issues – maybe you won't have a problem with any of them. However, it is better to be aware of them, just in case you do, so that you would have some idea of what happened and why.