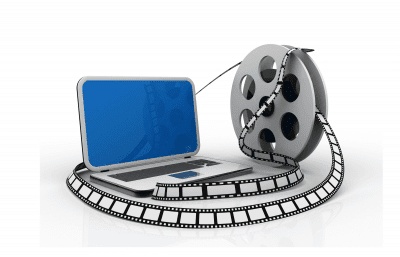 The BitTorrent system has been around for quite a while now and no doubt you’ve heard of it. It is actually a rather reliable way of transmitting large files and does a very good job at distribution. When we talk about Torrent files the first thing that springs to mind is illegal material, or at least illegal in countries that recognise copyright infringement. In fact the whole BitTorrent system is synonymous with illegal downloads and many would assume that this is the purpose of the system.

No matter how you look at torrents the simple fact is there is a wealth of material available that may or may not be illegal in your country of residence. While those who live in most Western countries will find most material likely to be illegal based on copyright infringement some other lesser developed in a legal sense would not be considered in the same vein. Computer experts and novices alike have nearly all heard of torrents and even those with little interest in computing regularly make use of torrents to access the files that they seek. However new legal challenges from companies who own the copyrights of the files available are starting to be seen in their droves and none more recent than Lionsgate.

The Expendables 3 was billed to be one of the biggest movies of 2014 and after poor box office results Lionsgate went in to full swing to remove almost all traces of the film being distributed online illegally. Lionsgate caught up with 6 different file sharing websites and a range of other measures to stop the spread of illegal copies of the movie. Unfortunately from a box office receipts standard the movie was still a flop. If this was a result of piracy and in particular torrent type access or just a poor movie is anyone’s guess but with a super low Metacritic score of just 35/100 the quality of the movie itself could be brought in to question.

No matter which country you look at the movie received rather low attendance with just US$16.2 million being taken on opening for a movie that cost around US$120 million to make and market. Hitting back at the awful box office results Lionsgate have again cranked up the machine to chase down the pirates. However this time they are not directly targeting the larger systems such as torrent sites but also individual users are now facing the wrath of the corporation. Torrent news site Torrentfreak is reporting that notices are being sent to ISPs and other institutions with the intention that they be forwarded on to the offender.

Users who are unsure of the legal status of files can of course protect themselves using a reliable VPN service like those listed in our VPN Comparison Guide however not all VPN providers protect from the legal ramifications of torrent use and like ISPs can and do forward on notices with the ultimate end being the suspension of your VPN account. Users should consider our earlier articles such as Best VPN for Torrenting as a way of safeguarding themselves from such notices and the threat of legal action. While a VPN service can protect you from such threats it should be remembered that from an ethical stance that just because you got away with taking the cookie, does it make it right? It is not the responsibility of sites such as ours to dictate the rights or wrongs of torrent downloads and this should be a matter of your own conscience.

Regardless of your stance on piracy and torrent use the fact remains that the threat is real and the Lionsgate and Expendables 3 situation only further reaffirms that threat.

Image courtesy of cooldesign at FreeDigitalPhotos.net