Does ExpressVPN work in China: Answered 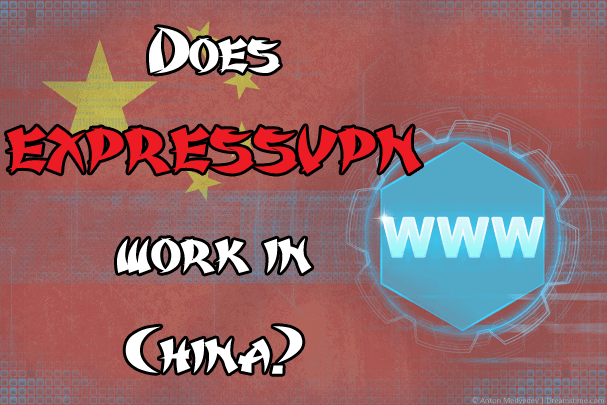 Are you wondering if ExpressVPN works in China?

If so then this is the guide for you. In it I'm going to explore that question and find out once and for all if ExpressVPN does work in China.

China is an exciting country and if you work, travel or live there then you'll be absorbed by one of the fastest growing countries in the world.

Unfortunately though one area where China let themselves down is the repressive internet regime. You see, many websites that the rest of the world take for granted are blocked in China such as Facebook, Instagram and Youtube.

So to avoid these blocks people turn to VPN services. However, in an effort to stop users from bypassing the original blocks, many VPN services are also blocked.

There are however a select number of VPN services that do work in China, but is ExpressVPN one of them? Let's find out.

Is ExpressVPN working in China?

After researching the topic both with our on the ground tester in China and speaking to multiple sources I can confirm, Yes, ExpressVPN does work in China.

This is good news if you're planning on travelling to China or if you're already there.

ExpressVPN has one of the largest ranges of apps available from any VPN service covering devices such as Windows and Mac OS computers and laptops, Android and iOS phones, Linux and even the Amazon Fire TV and Fire Stick.

The VPN service from ExpressVPN works in China across all these devices although there is one issue you need to be aware of.

Important issue to be aware of

China has attempted to crack down on VPN usage harder than nearly any other nation on the planet. In an effort to protect their tightly controlled internet they have firmly set VPN services in their sights.

However, ExpressVPN like a few other providers continues to work in China but if you're going to use the service there you'll need to download and install their app BEFORE you travel to China.

VPN apps are completely removed from the Apple app store in China making it impossible to install if you have an Apple iPhone or iPad. You will also find it difficult to access the ExpressVPN website or app via the Google Play or Amazon store inside China itself.

If you're planning a trip to China, sign up for ExpressVPN now, before you travel.

Why is ExpressVPN great for use in China?

If you're after using a VPN in China then your options are extremely limited. Most VPN services don't work in mainland China.

Thankfully ExpressVPN is one that does work in China, but why are they a good choice for use there?

One of the best features of the ExpressVPN service is the massive 30-day money back guarantee. This is critical for use when in China. As using VPN services in China is never guaranteed it gives you peace of mind should you fail to get it working.

It's a no questions asked guarantee which will give you plenty of time to test the service to see it working. If it doesn't work for you, simply get your money back.

Depending on how long you're going to be in China it's well worth considering signing up for a 12-month subscription because using the link below you can get 3-months entirely for free.

This represents an overall saving of 49% over the regular price. You can also still make use of the money back guarantee too.

ExpressVPN has apps for all major devices so it doesn't matter what type of device you want to use the service on. It'll help you unblock all the blocked sites in China such as Facebook, Instagram and Twitter and any apps like Whatsapp and Facebook Messenger.

How to get ExpressVPN

If you're after using ExpressVPN in China then it's best to sign up outside the country. If you leave it until you're inside China then you could find it difficult to visit their website to sign up and install their apps.

To get signed up for the ExpressVPN service for use in China follow the steps below:

Once the app has connected your internet connection is secure. You're free to visit any blocked website and surf the internet privately in China.

Ready to get a VPN for China? Try our recommended VPN service provider

I'd love to hear what you've been wanting to access in China and how easy you found a VPN to be. Why not let me and others know in the comments section below?

Looking for more articles similar to this one? Check out: