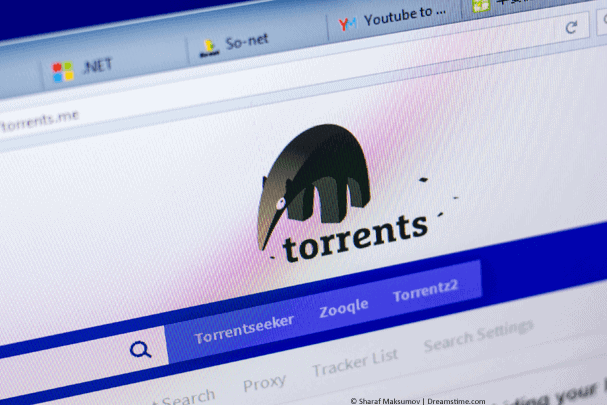 Recommended: Looking for a VPN for Torrenting, try ExpressVPN

Torrenting has been one of the most popular ways to download large files for years and using a VPN service for Torrenting has become almost commonplace to protect your privacy.

However, one important question remains before you sign up for a VPN service and if you're looking to sign up for ExpressVPN this is, Does ExpressVPN allow Torrenting?

It's an important question to be asking and it's one I'm going to answer in this guide. So don't waste your money before you've read the answer below.

Is Torrenting allowed with ExpressVPN?

What this means is you're free to access any type of Torrent service while using ExpressVPN's service.

ExpressVPN is a traffic neutral service which means it doesn't discriminate against the type of traffic you use on the service. This means you can use ExpressVPN for unblocking Netflix, browsing the web, sending emails and indeed, using Torrents.

How is ExpressVPN beneficial for Torrenting?

Many VPN services have specific servers dedicated for Torrent use. This means you can't use all servers for that purpose and if you use the wrong one you could find your account suspended.

Others don't allow Torrenting at all.

If for example you downloaded copyright content (which of course you shouldn't have) some VPN providers may forward copyright notices onto you. Keep doing this and you'll find yourself kicked off the service with no refund.

ExpressVPN isn't one of these services.

While they don't advocate the downloading of copyrighted content they also don't log or retain any data on what you do while connected to their service.

This means they don't know if you're using Torrents, streaming video or simply chatting with a friend on Skype.

Does ‘No Logs' really mean no logs?

Logs are data that is recorded on your activity.

ExpressVPN claims not to store any of these unlike some other VPN providers.

It was previously impossible to verify this but in 2019, ExpressVPN had their service audited by a respected third-party organisation which confirmed they do not retain any logs.

In 2017 ExpressVPN was also embroiled in an extremely high profile assassination case which took place in Turkey on a Russia diplomat.

At some point the ExpressVPN service was used but they themselves were unable to assist in the case because of their ‘No logs' stance.

For you this is a good sign and it means ExpressVPN do keep to their ‘No logs' promise.

Are there any benefits to using ExpressVPN for Torrenting?

Using a VPN for Torrenting is essential, especially if you value your privacy.

It doesn't matter what kinds of files you're downloading from Torrents.

What you download and do on the internet is no one's business but your own.

Simply using Torrents could put you under suspicion even if you're using them for entirely genuine reasons like downloading large Linux distros.

With so much copyrighted material floating around on Torrents, it will be assumed this is your only reason for using them.

By using ExpressVPN you can retain your privacy so no matter what you're downloading it's no one's business but your own.

ExpressVPN can also give you a speed advantage. Many ISPs in the UK and around the world slow your internet connection when using services like Torrents and Newsgroups.

The great news is, Yes, ExpressVPN does allow Torrenting.

There are no restrictions on the ExpressVPN service for what you can use it for. This means you can torrent, watch Netflix from other countries, stream BBC iPlayer, use Skype, chat with friends, browse the web and more.

ExpressVPN doesn't differentiate between types of traffic. This means it sees Torrenting the same as it sees watching a YouTube video.

Most importantly of all your ISP or anyone else won't be able to see what you're doing or what you're downloading. This retains your privacy when Torrenting and whatever else you do while connected.

ExpressVPN's ‘no log' claims are stronger than most and have been put to the test.

As with all VPN providers, there is an element of trust from you required but with such a high-profile case testing their ‘no-log' policy there is every reason to be more confident in their service than others.

ExpressVPN currently has an offer that if you take 12-months of service they'll give you 3-months entirely free on top. This will save you 49% compared to paying on a monthly basis, so it's well worth it.

Don't forget, ExpressVPN also has a 30-day money back guarantee so if they're not suitable for you, just get your money back.

I would love to hear your thoughts if you've used ExpressVPN for Torrenting. Why not let me and others know in the comments section below how you got on.