Home » Guides » Do you need a VPN for Torrenting in the UK?

Do you need a VPN for Torrenting in the UK? 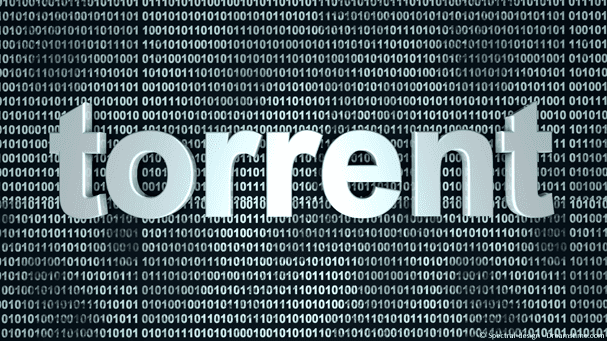 While Torrenting may not be as big as a few years ago due to the advent of Kodi and the likes, there are still millions of users in the UK and around the world using it as their go-to source for files.

The age old question of “Do I need a VPN for Torrenting?” has never gone away. In this guide I hope to shed some new light on this question so you once and for all get the definitive answer.

Torrenting can be a great source of accessing large files reliably and quickly. However, it's not without its pitfalls. Everything from exposing what you're downloading to having your internet speeds slowed are some of the negatives.

Do you need a VPN for Torrenting in the UK?

Let's be clear. Using a VPN or not is a personal choice either when it comes to your online security or when Torrenting.

I highly recommend using a VPN for your online security and depending what types of files you're downloading it may also be for Torrenting.

If you value your online privacy when using Torrents or you don't want others to know what you're downloading then Yes, you do need a VPN for torrenting in the UK or elsewhere.

If you're a bit of a maverick and you really don't care if any Tom, Dick or Harry can see what you're downloading then no, you don't need one.

If you feel like you don't need one remember that anyone including hackers, governments or law enforcement have the possibility of knowing what you're downloading.

Let's take a look at a couple of the most important benefits of using a VPN when torrenting.

Without question, the most beneficial feature of using a VPN when torrenting is protecting your privacy.

Privacy is important when it comes to protecting the safety of the files you download. What you download on the internet is no one's business but your own.

A VPN essentially puts a cloak over your downloads so no one but you will know what you're downloading.

Torrenting is unfortunately quite leaky when it comes to sharing your IP Address about. This means potentially anyone can get hold of your details and link you to any type of download or upload.

If you value your privacy a VPN is definitely recommended.

If the privacy of your torrents is important then unthrottling your internet comes a close second. Most internet providers in the UK and across the world throttle internet connections.

What this means is they automatically slow the speed. They usually do this because of one of two triggers.

The first is the amount of data transferred. If you download a lot, they may slow your internet for a period of time. Unfortunately as good as VPNs are, they can't solve this issue for you.

The other time your internet speed will be throttled is when using certain services. This often includes streaming high-quality video, using newsgroups and yes, you guessed it, using Torrents.

Your internet provider can determine what you're doing and when they see you using torrents, they cut your speed.

As a VPN disguises your traffic it means your internet company doesn't know what you're doing. This makes it impossible for them to cut your speeds and so you're free to download from Torrents at maximum speed.

While not quite as important as the two reasons above, avoiding bad routes can make a difference to the speed and reliability of your Torrent downloads.

When your connection leaves your ISP it's bounced through different points to reach its destination. Sometimes there can be issues on the route your data takes which can cause slow speeds, failed connections and other issues when torrenting or even when doing other tasks.

A VPN will often push your data around these points. After leaving your ISP your data may go on a different route to reach its intended target via the VPN company's server. With this you can avoid any potentially poor routes.

While it won't always solve every issue, it does in some cases.

Which VPN should you choose for Torrenting in the UK?

You should first understand there is no ‘one' ultimate VPN service that will be hugely better than others. Selecting one that is superior to all others would be almost impossible to do.

There is however a selection of good providers that will be most suitable for Torrenting both in the UK and other countries. It's the additional features outside of that that then set them apart.

Three I've tested and consider to be the best are:

It's important to choose a provider that claims to have no logs. Or who keep minimal logs for a very short period of time.

It's impossible to verify a providers' logging policy claims but all three above are tried and tested across the industry and I have heard no reports to suggest otherwise. ExpressVPN has even had theirs put to the test.

Providers such as ExpressVPN and NordVPN also have 30-day money back guarantees which gives plenty of time to test them with your torrenting habits to see if they're suitable.

Conclusion: Do you need a VPN for Torrenting in the UK?

My recommendation is yes, you do need a VPN for torrenting in the UK.

Not only will it improve your speeds in most cases across all UK ISPs but it'll also protect your privacy and that of what you download.

I recommend you sign up for ExpressVPN because not only do they have a 30-day money back guarantee but they also have a promotion allowing you to save 49% off over paying monthly.

Just take their 12-month package which comes with 3-months free on top to make the saving.

Click the button below to visit ExpressVPN. Sign up for their service and download their app for your device. Then connect to one of their servers.

I recommend connecting to a nearby country outside the UK such as the Netherlands or Switzerland.

What's your favourite Torrent site? I would love to know so why not leave your recommendations in the comments section below.