Home » News » Disney+ besieged by VPN users from around the world

Disney+ besieged by VPN users from around the world 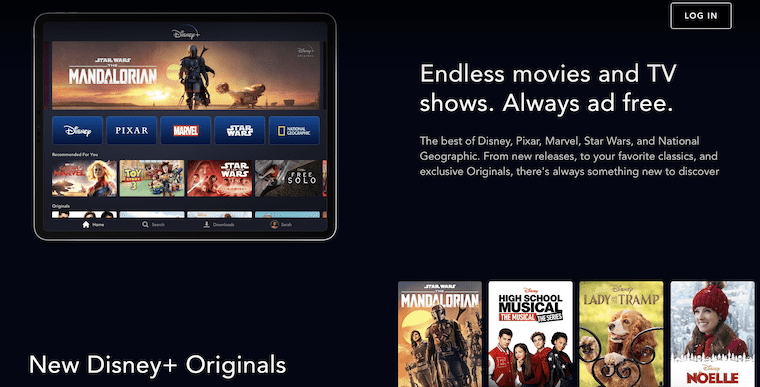 Disney+ looks set to take the online streaming world by storm and it only launched a couple of weeks ago.

Since going live on 12th November, it amassed an enormous 10 million subscribers in the first 24 hours and this number has grown steadily ever since. This has caused Disney a number of problems as it tried to cope with the unprecedented demand.

Part of Disney’s problem is that the demand for Disney+ is global, but they have so far only launched the service in a handful of countries. While this is quite understandable given the huge technical challenges that come with rolling out a massive streaming service globally, it is also something they probably should have foreseen.

Where Disney+ is and isn’t available

On launch, Disney+ was only available in the USA, Canada, and the Netherlands. A few days later it also went live in Australia, New Zealand, and Puerto Rico. But so far, that’s it.

This means users other countries are going to have to wait until 2020 or even 2021 before Disney+ is made available to them. In the UK and Ireland as well as France, Germany, Spain, Italy and Sweden, Disney+ is expected to launch by the end of March 2020.

But many users are not willing to wait that long, not least because there is a simple way to unblock Disney+ right now no matter where in the world you are.

By signing up for a VPN and then connecting to a server located in one of the countries where Disney+ is already available, it is possible to sign up and enjoy the service right now.

Unblocking Disney+ with a VPN today

You can read our exclusive guide to the best VPN for Disney+ right now. Although it should be noted that this is aimed at people who want to access the service in its intended location – we don't condone accessing outside.

It has already proved to be one of our most popular guides and Google has also revealed that there has been no shortage of people searching for how to use a VPN to watch Disney+ in the UK.

A number of premium VPNs including ExpressVPN, CyberGhost VPN, and NordVPN have been promoting the fact that they work with Disney+. Needless to say, the people at Disney have become aware of this too.

They have already begun to try and block VPNs from accessing Disney+ in the much the same way that the likes of Netflix and the BBC iPlayer do. But just like those service, Disney has found this to be much harder than they might have thought.

To date, there have been a number of reports of users who have logged into Disney+ from another country and received an Error Code 73 message.

This is the code which indicates that Disney thinks they are accessing the service from a country where it is not legally available yet. Some VPNs have been affected but, as always, the leading VPNs have been quick to respond.

All of the VPNs we have recommended for unblocking Disney+ have confirmed to us that the service is still accessible on their network at the time of writing. If this situation changes, we will update our guide accordingly.

It is not just impatient customers using VPNs to unblock their service from other countries that Disney have had to contend with in the opening days of their new Disney+ streaming service.

Hackers have also got wind of how popular the new service is and are already targeting subscribers, with the knowledge that many users have already paid for three years of service up-front.

According to ZDNet, thousands of accounts have already been hijacked by hackers with reports of accounts being available on the Dark Web for as little as $3 each.

It is not unusual for hackers to go after streaming service accounts but the scale with which Disney+ appears to have been targeted is unprecedented.

Despite widespread user dissatisfaction, Disney has insisted there has been no security breach and instead blamed users for reusing existing passwords and other basic poor security practices.

One expert has suggested that people tend to use their favourite Disney character as a password making hacking accounts much easier than some other online accounts.

Obviously, we all have a responsibility to keep our passwords secure but if this trend of hacked accounts continues, Disney is surely going to have to take some more positive action to help users keep their accounts secure.

There is not a lot they can do to prevent people from using a VPN to access the site in countries where it has not yet launched and some may argue this is better than the alternative as shows such as The Mandalorian have already appeared on Torrent and other unauthorised sites.

Once Disney+ is fully live, it is expected that a VPN will no longer be needed to unblock content. Unlike Netflix, Disney+ is expected to offer the same library across the globe meaning that unless monthly prices differ from country to country, they will have no reason to need to block VPN users.

For now, they are trying and while some VPNs work, others are experiencing difficulties.