Does CyberGhost VPN work with Netflix? 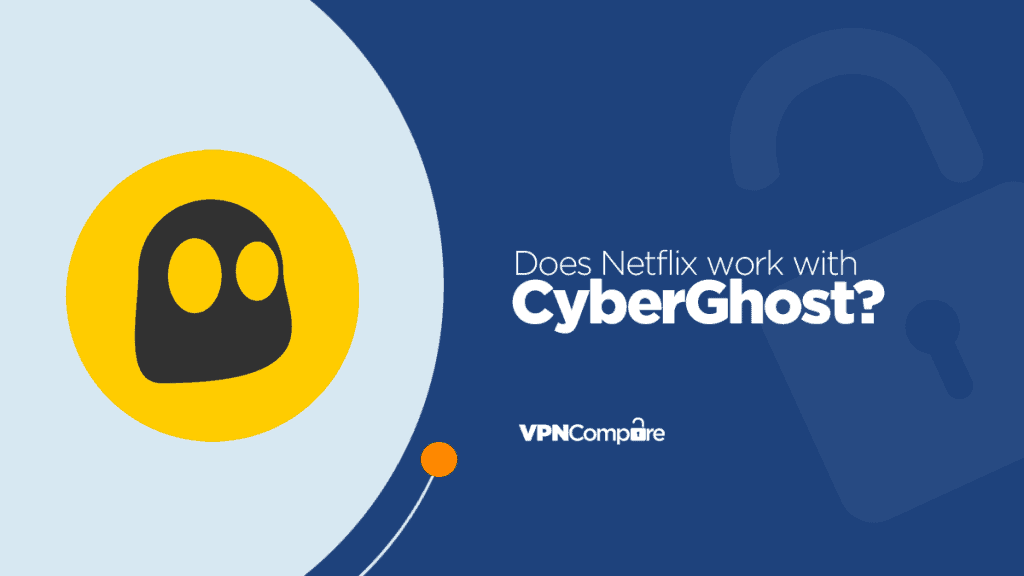 Watching Netflix is a pretty good way to spend your free time and relax.

However, you may feel that your country's Netflix content is a bit limited after a while. You may feel like you have already watched all the good shows and movies in the UK Netflix libraries and fancy unblocking US Netflix or Netflix Japan instead.

Perhaps you are looking for specific content that is not available in your country but can be found on Netflix US or another international library? Maybe you are overseas and unblocking Netflix UK is what you are after?

If this is the case, you may want to consider using a Virtual Private Network (VPN), but the question is, is CyberGhost suitable for accessing Netflix?

I've been finding out if CyberGhost is the best VPN provider for the job and will be answering all your questions in this guide.

Fortunately, if you want to unblock Netflix, CyberGhost is the ideal VPN for the job.

This is one of the premium VPN services out there that delivers on its promises and genuinely can help to get you accessing Netflix no matter where you are and which library you want to access.

Cyberghost working wonders with US Netflix.

Why do I need a VPN to unblock Netflix?

Netflix is a streaming service that, while to does produce its own content, also buys in content from outside companies too.

When it buys the rights to these shows, it only gets them for certain countries and this means it can't allow any subscriber in any country to access all their content.

This is why Netflix libraries are not available in just about every country on earth. And it is also why Netflix blocks its users from streaming content in countries other than the one they are living in.

How can you reliably unblock Netflix?

CyberGhost is one of a handful of VPNs that are capable of unblocking Netflix in numerous countries around the world.

This is a major advantage for a VPN in this day and age, for two reasons.

To do this, users need a VPN service that is able to mask your IP Address, and access the Netflix app on all the main devices.

To do this it needs to offer fast speeds, IP Addresses that Netflix can't identify, desktop and mobile apps for all the devices you use, unlimited bandwidth, a strong and stable VPN connection, and a VPN server network that offers streaming optimized servers in the countries you want to watch Netflix from.

CyberGhost ticks all these boxes. It offers the superb and user-friendly CyberGhost app for all major devices. The Android apps are especially good.

Cyberghost works by hiding your IP addressed allowing you to access almost any streaming site you want to watch including Amazon Prime Video, BBC iPlayer, and crucially, it is also one of the few VPNs that can bypass Netflix's VPN ban.

It has become one of the go-to VPNs for Netflix and almost all other streaming sites too.

What regions does CyberGhost work with?

One great thing about CyberGhost is that it has one of the largest server networks in the industry.

Its server network offers over 6,900 VPN servers in 91 different countries.

While it covers many regions, some that work for Netflix include:

However, in our testing we found that many other areas also work, so it's worth connecting to a few and trying them out.

Remember you have a 45 day money-back guarantee with any CyberGhost subscription so you have plenty of time to try before you commit. If you encounter a streaming error, you can always get you money back.

Check out our CyberGhost VPN review to see how they stack up against the competition.

To start using CyberGhost, like any other VPN provider, you need to sign up first. The process is straightforward, and it won't take more than a few minutes.

You can do it by following these few steps:

2. Once there, click on the big yellow button that is offering you to get a VPN.

3. Next, choose a payment plan. CyberGhost has:

The biggest saving is on the 3-year plan but you're free to choose.

4. Regardless of which plan you choose, the next step is to select a payment method. You get to choose between:

5. After that, enter your payment details and email, and you will be done.

All that remains is to download the app and start using it. 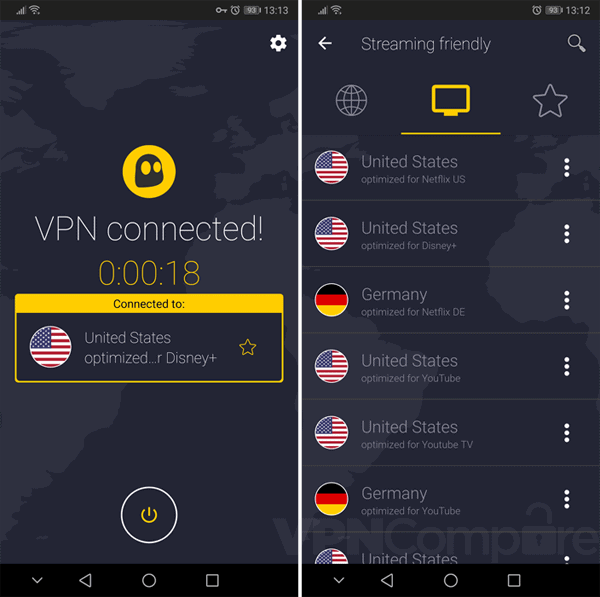 What devices can I watch Netflix on?

Fortunately, you can stream Netflix on any device that CyberGhost supports, and that is quite a few of them.

CyberGhost is very inclusive when it comes to apps, and it offers dedicated ones for:

While this is already quite a bit, remember that it offers browser extensions, which means that it can cover any device or system that can run one of those browsers.

In other words, any device in the world that can use Chrome or Firefox can also use CyberGhost, even if the service doesn't have a dedicated app for that device.

What about other regions of Netflix?

Unfortunately, even though CyberGhost has a huge range of VPN server options, it doesn't cover all regions of the world.

It has coverage for nearly half the world's countries, but that still leaves the other half. You can see the list of covered countries on their website.

Unfortunately, this excellent VPN service doesn't offer Netflix unblocking for every country that they have available either.

If they don't unblock the region of Netflix that you're after, then consider the likes of ExpressVPN or Surfshark.

Surfshark is relatively new, but still rather capable, with over 1,040 servers in more than 60 countries.

We recommend this one because it has servers in some locations that many others do not, such as Russia, so it is a good choice for you to consider.

It also has the bonus that it unblocks some 30 regions of Netflix covering more than any other provider.

ExpressVPN covers even more countries than CyberGhost – over 94 of them, although it has fewer servers.

In our tests we found them to offer some of the fastest speeds, at least comparable to CyberGhost VPN.

Can CyberGhost unblock other streaming sites?

Yes, as we have already mentioned you can unblock most streaming services with CyberGhost.

Lots of them use geo-restrictions to limit what you can watch but CyberGhost is the best VPN provider to unblock multiple streaming services and let you enjoy whatever entertainment you want, whenever you want it.

Some of the services it can unblock include:

What are the other benefits of using CyberGhost?

VPN usage is growing rapidly at the moment and unblocking streaming sites is not the only reason for signing up.

They are a useful internet security tool and the privacy benefits don't just help you with streaming but can help to protect your internet data from hackers, snoops, and your internet provider too.

Internet usage data is big business these days and you don't want yours falling into the wrong hands.

By hiding your IP Address, you can also stop websites from tracking your online too. CyberGhost offers each user the option to change their IP address regularly and if you connect to random servers on their network, you can get a different IP Address every time you go online.

So, CyberGhost is a worthwhile investment for online security and privacy as well as for unblocking Netflix and getting a streaming device going anywhere in the world.

Unblocking overseas Netflix and other streaming sites is one of the most popular use cases for VPN technology these days, but despite this, there are still only a handful of services that can actually work with Netflix streaming.

CyberGhost is one of them, but so are the other two services we mentioned, so you might want to try giving them a chance. They are all great for streaming.

If you're thinking of CyberGhost, you can be sure it works with at the very least the more popular streaming regions of Netflix, such as US Netflix and UK Netflix, allowing you to stream more movies and TV shows.