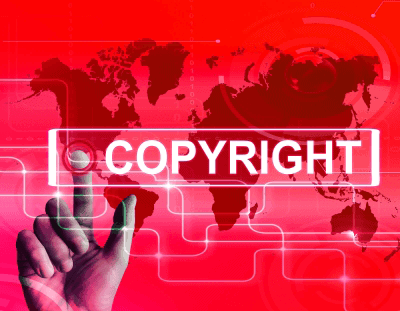 After a court order, Cox Communications will be forced to reveal the identities of the 250 most active music pirates on their service. This decision is the result of a lawsuit filed by BMG Rights Management and Round Hill Music last year, which claimed that Cox Communications has failed to terminate nearly any of the accounts suspected of consistent piracy on their service, which is widely used in the US.

No consequences so far for music pirates

The official complaint argued that Cox users face no consequences for their infringement and that Cox would refuse to terminate the services of pirates, even though Cox has had direct knowledge of known piracy on their service.

The DMCA “repeat infringer” clause was crucial to the case. The clause states that the providers of internet services must terminate the account of any individual that consistently pirates. BMG and Round Hill had previously asked Cox to share the details of 500 ISP users suspected of consistent piracy, but Cox refused, claiming that the Cable Privacy Act would be violated if they met the request. Ultimately, charges were filed against Cox Communications.

Cox denied the charges, putting forth several counter arguments that included the notion that Cox had, in no way, willingly participated in any type of infringement, nor did they profit from any type of piracy. The IP provider also accused BMG and Round Hill of engaging in abusive tactics in their pursuit of enforcing copyright law.

None the less, as a compromise, Judge John Anderson ruled that Cox Communications must reveal the identities of the 250 users who participated in the most music piracy within the last six months, granting half of the 500 IP Addresses that were requested by BMG and Round Hill. Both music copyright companies claim that there are 150,000 known pirates using the Cox service.

Judge Anderson insisted that the information BMG and Round Hill requested, including name, account number, IP address and bandwidth speed, would be provided in relation to the 250 users.

The pirates that are getting away

With so many media groups pursuing lawsuits against copyright infringers, several users are opting to use a VPN, also known as a Virtual Private Network. A VPN is established by linking together several dedicated servers, and the result is a hidden IP address that keeps data secure.

Having a roaming, anonymous IP address is a direct counter to the types of practices used by copyright holders to find and identify pirates, which usually involves following the IP address of the suspected user. Though a popular choice for pirates, these types of connections are also frequently used by businesses to keep their data secure.

A variety of VPNs are available, and while they all boast unique functions, every VPN offers the same type of security that can’t be matched by traditional methods. Two of the popular VPNs are LiquidVPN and PrivateInternetAccess.

Since IP tracking is such a popular tactic for those that hunt cyber pirates, it’s inevitable that more and more users will switch to secure connections, such as VPNs. For the 250 users ousted by the result of this case, however, it’s most likely too late to avoid seeing their day in court.