Under cover of coronavirus, Communist China is ramping up online censorship again 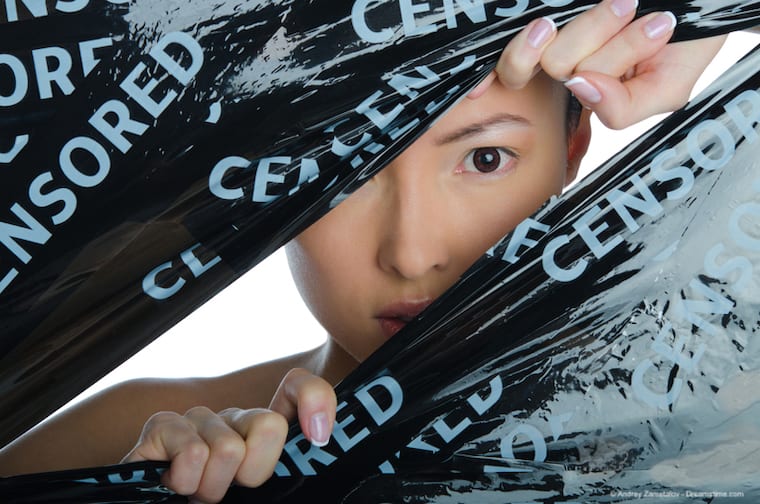 The email ensured her lasting infamy but the premise behind it holds true and what is more, it can be seen in action once again right now in Communist China.

The world remains in the grip of the coronavirus; a pandemic allowed to take hold thanks largely to the corruption and cover-ups of the Chinese Communist Party (CCP) and its manipulation of the World Health Organization to its own political ends.

But even though the CCP has faced fierce criticism in some quarters for its handling of the virus, including no shortage of anger at home, it has also not been shy to use the outbreak to its advantage.

How the CCP is using Coronavirus to its advantage

Under the cover of near-blanket coverage of the coronavirus, the CCP has begun shipping Uighur Muslim prisoners across the country to work as slave labour in factories paralyzed by coronavirus.

It has also stepped up its military and political pressure on democratic Taiwan, and there has been a sharp increase in police brutality in Hong Kong. All of this has gone largely unnoticed in the west.

Internet censorship is another area where the CCP has taken drastic steps while using the coronavirus as cover for its malign intentions.

As the Guardian has reported (but no other western newspaper as far as we can tell), sweeping new censorship rules have just come into force across China.

What the new censorship rules mean in practice

The new censorship rules go even further than previous laws, which is quite a feat in a country that already has the most oppressive online censorship and surveillance of any on earth.

It states that online content should promote ideological content and promote unity and stability. Ludicrously, at a time when coronavirus has China’s economy in meltdown, it is also expected to promote China’s economic achievements.

How the regime is interpreting ‘negative’ content is still difficult to determine, but one early victim of the new rules is popular fanfiction website Archive of Our Own. This site, which contains fictional content related to popular TV shows, movies, and books, has been unavailable inside China since February 29th.

It is not yet completely clear why Archive of Our Own is being blocked by the CCP, but early speculation is that it could be related to LGBT content hosted on the site.

The CCP has long sought to block many LGBT-related sites. But last year, one of China’s biggest cult online success stories was a web series called The Untamed, which was based on a gay romance novel.

It was quickly blocked in China, but many users continued watch with the help of VPNs. Archive of Our Own contains an estimated 14,000 works of fanfiction related to The Untamed.

While it is not clear how the new law will be interpreted in practice, Jeremy Daum, a senior fellow at the Paul Tsai China Centre at Yale Law School has translated the law and you can read it in full here.

He suggests that things that could be targeted include sexual innuendo, celebrity gossip, and ‘sensationalised headlines’.

Even he finds it hard to see how content of this type can be policed in practice. As he told the Guardian, “Imagine trying to understand whether a blog or forum post’s title is too sensational or trying to track down all ‘sexual innuendo’ online in twitter posts and comments sections.”

Yet such an attitude is to overlook the determination the CCP has to control online content and the level of resources it is willing to throw at the problem. The entire regime is rooted in control and the CCP firmly believes that it must control information if it is to retain its grip on power.

The people of China know this all too well and they will be in no doubt that this new law will see a whole swathe of internet sites being blocked in the weeks and months ahead, as well as more and more social media content being excised.

With this crackdown will come an increase in VPN usage as more and more people come to realise they can’t access the sites they love without one.

The CCP will continue to try and block VPNs too, but their efforts will never be entirely successful. If you want to get around Chinese internet censorship, keep an eye on our guide to the best VPNs for China, for up-to-date information and which ones are working behind the Great Firewall.