Home » Guides » Articles » Cloud storage: Where is my data, and is it safe?

Cloud storage: Where is my data, and is it safe? 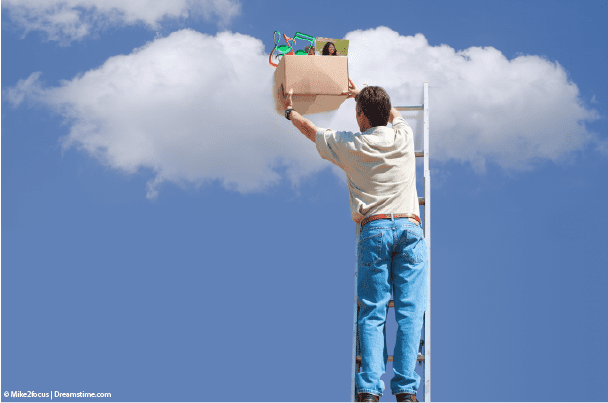 Before even attempting to answer this question, it’s important to understand that there’s no one out there that can give you a clear-cut “yes” or “no” answer. That said, BBC recently published an article that at least gives us something to think about.

Today, live in an age where cloud services (and storage) are becoming increasingly more accessible. Consumers are drawn in by the promise of having access to all of their files from anywhere and are hooked by the rapidly decreasing service prices.

Although cloud storage has never been cheaper, the question of maintaining data integrity remains. Today, more than half of all rentable cloud storage in the world is controlled by just four industry giants – the biggest of which is Amazon, with holds about a third of the market share. Microsoft, IBM, and Google follow suit, and each of them runs their server farms in a similar manner.

Where is my data?

Let’s take a look at Amazon. The cloud storage giant has 35 data centers spread all across the globe. Despite there being oceans between some of their servers, all of their centers are linked to one another, forming a network.

It’s common practice for Amazon (and other cloud providers) to duplicate user data across these networks. In short, this means that your data is likely to be moved from one server to another – meaning that it often travels outside of the country from which you’ve uploaded.

At first glance, this might not seem like a big deal to most people, but Dan Svantesson, an internet law specialist, says that this practice might be problematic. He explains that as soon as your data leaves the country it is put at risk.

The main concern here is the “risk that the country your data goes to doesn't have the same level of protection [as your own],” says Svantesson. In essence, this means that if your data winds up in a different nation, it’s unclear who can get access to it, considering that domestic cyber laws no longer apply.

Although every big player in cloud storage says that security is one of their main priorities, industry experts remain cautious. Cybersecurity specialist, Benjamin Caudill, voiced his concerns regarding the apparently random nature of data placement across Microsoft’s servers.

“It's very difficult to understand where your data is stored. A lot of times the companies themselves aren't sure where all of the data could reside,” says Caudill. While cloud giants like Amazon and Google take a number of steps to protect the integrity of their servers, neither of them can say that they’ve never had a security breach.

Caudill adds that the more of our data is scattered across the globe, the more vulnerable it is to hackers. He further backs up his claims by citing the rise of identity fraud.

What can you do?

If you’re one of the millions that rely on cloud services day to day, the first step you can take to secure your data is to make sure that it stays within the country. While this might not be possible with most providers, some big players, like Amazon, have the option for users to choose where they want their data to be stored.

Unfortunately, a lot of other services that you use (including your email) don’t come with this luxury. As a consumer, you don’t have a say where the data of your Gmail account is stored, for example.

Aside from that, you should also be mindful of what you put on the cloud in the first place. A good rule of thumb is to keep all sensitive information off the cloud altogether and opt for more traditional storage.