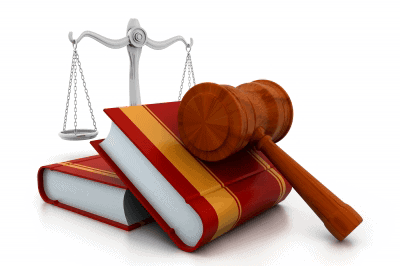 The need to make use of a Virtual Private Network in China has always been essential. In the west we take accessing websites for granted and regardless of what your personal opinion of sites such of Facebook are the simple fact is we can access it simply and freely without any restriction. The situation in China is however different and over 2700+ mainstream websites are blocked within the borders of China. The internet is further restricted in China with the government snooping upon it’s citizens and those travelling within China by intercepting communications to seek out those who speak out against the government or who offer alternative views.

While this situation has been on going for many years and nothing new it is the case that not all users within China have heard of or are aware of the benefits that a VPN can bring to their internet use. Not only does it create a secure tunnel so that Chinese users can access blocked websites but it also encrypts their communication making it almost impossible for the Chinese government to point the finger of blame when a user writes or publishes views that the government do not agree with.

In recent years Google attempted to bring the search engine in to the country competing with the more popular local search engine known as Baidu. As part of the regulation of this Google was required to censor various links that the Chinese government requested to be removed. After various incidents, in 2010 Google finally pulled out of the Chinese operation and ceased services after moving search requests to Hong Kong which angered the Chinese government and no doubt brought about the downfall of the service within the country.

“We want as many people in the world as possible to have access to our services, including users in mainland China, yet the Chinese government has been crystal clear throughout our discussions that self-censorship is a non-negotiable legal requirement” – Senior Vice President David Drummond, Google’s chief legal officer was quoted as saying.

Fast forward to September 2014 and a man from a southern Chinese city, Shenzhen is further pushing the topic of Chinese internet censorship by suing his Internet Service Provider due to an inability to access Google services. In the summer of 2014 various Google services found their way on to the great firewall block list which included applications such as Gmail, Calendar and Translate.

In what is considered the first of it’s kind and ultimately unlikely to succeed, 26 year old Wang Long from Shenzhen who happens to be a legal worker sought to sue China Unicorn in July after being unable to access a range of Google services and products namely Maps, Translate, Calendar and Scholar. Although Mr Long himself understands that he is unlikely to succeed which has been reiterated by his friends the intention of the suit should it fail will at least raise awareness of the issue which sees millions of Chinese users restricted from accessing a free and open internet.

Although China Unicorn provided the internet service it is not clear that there is anything they can actually do about the situation based on the fact blocks are introduced and dictated by the Government and not regulated by ISP’s themselves. At a hearing which took place on Tuesday 2nd September 2014 this situation became apparent when a China Unicorn employee said he wasn’t sure he could say anything in relation to the case.

Mr Long is expecting a resolution to the case by the end of September and although it is unlikely to resolve in his favour it has again highlighted the issue which plagues internet users in mainland China daily.

Image courtesy of hywards at FreeDigitalPhotos.net