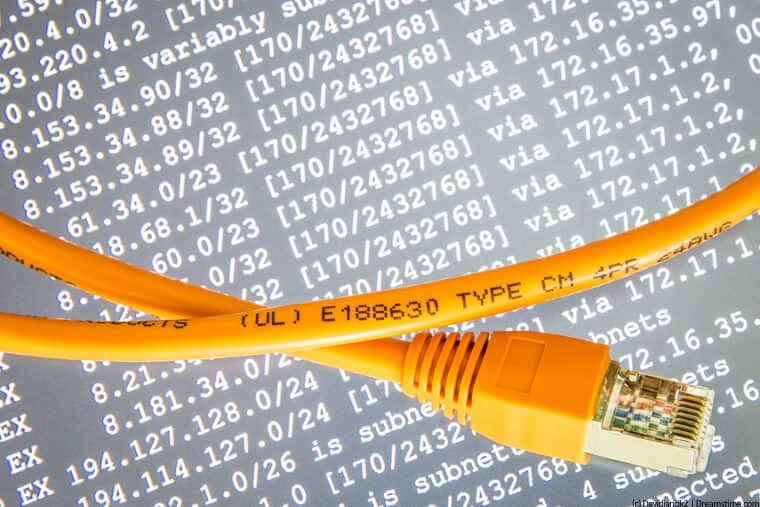 Using Chinese social media is dangerous enough as it is. Step out of line or use the wrong phrase, and you could find your post censored, your account removed, and even have the Chinese Communist Party (CCP) ‘Thought Police' knocking on your door in the middle of the night.

But it has just got even worse though, because since last week, multiple Chinese social media sites have started publishing the IP locations of users alongside their posts.

The first Chinese social media site to introduce the new measure was Weibo last Thursday. It was swiftly followed by Douyin, Toutiao, Xiaohongshu, Zhihu, and others.

Its arrival was not totally unexpected as Weibo has been testing it out since March. Essentially the only change is that when a user of one of these platforms posts something, alongside the usual time and date details at the bottom of the post, details of their IP location are also now posted.

This means that anyone reading a comment can see exactly which city and province the user is based in. They can also see if and when posts are being put up from overseas.

This function is enabled by default, and, as far as we are aware, there is no way for users to switch it off.

Why have Chinese social media sites taken this step?

The reasons for this sudden change are open to debate.

According to Sina Weibo, the new function is intended to ensure a “healthy and orderly discussion atmosphere” and also help to prevent the spread of ‘fake news', which in China means any news that contradicts the official line of the CCP.

Another reason given is to prevent the spread of ‘rumour' on social media. This is something that has been even more of a priority of late as the CCP sticks to its brutal zero COVID-19 policy, which has seen millions of people locked in their homes and essentially left to starve.

There has been much discussion of this policy on social media, despite the best efforts of CCP censors, and there is clearly a desire to prevent people outside cities like Shanghai from posting comments and conjecture about what is going on there.

It is not really clear how this measure is meant to help. After all, it is very easy for users to change their IP location and ‘game the system'.

VPN use is huge in China to help people leapfrog the Great Firewall and access free and accurate resources and news rather than the CCP propaganda they are spoon-fed at home.

When you connect to a VPN, your IP Address is changed, and it is possible to fool websites like Weibo into thinking you are just about anywhere.

Some social media users in China (largely those that back the CCP regime) have welcomed the move and suggested it is a good thing to be able to see where users are located and whether they are posting under some sort of foreign influence (i.e. not towing the Government line).

But most have suggested it is just another form of online control and is likely also an attempt to drive self-censorship on these sites. We have seen several posts from users saying they will be deleting some of their more extreme comments that have remained online so as not to risk giving their home town a bad name.

The impact on high profile users

An interesting quirk of this new system is what it reveals about celebrity users of Chinese social media platforms.

It has been observed that the Weibo account of Lionel Messi, the Paris St. Germain and Argentine football player, has been posting from Shanghai, while Microsoft founder Bill Gates appears to be posting from Hunan province. This is providing some users with a blunt lesson in the realities of celebrity social media use.

The other interesting aspect of this new feature is that high-profile CCP supporting media figures (and therefore presumably any CCP officials themselves who might deign fit to use sites like Weibo) appear to be excluded from the new policy.

Hu Xijin from the CCP-controlled Global Times tabloid newspaper has been one of the regime's most high-profile media attack dogs in recent years.

It goes without saying that he wholeheartedly backs this move, noting that it is not a problem for ‘friends of China' and it will give valuable intelligence on where “those who openly express anti-Chinese sentiments come from, exposing those ‘evil foreign force' who are trying to disrupt social cohesion within the country.”

His comments are sinister enough on their own. But it has been noted that his post saying exactly that did not include an IP location, and none of his other posts to date have either.

In other words, in the Communist state, where all people are supposed to be equal, there are still some like Hu Xijin who are more equal than others and have been made exempt from this otherwise mandatory policy.

Interestingly, it is claimed the move has been welcomed by a majority of Chinese netizens.

An online poll on the move conducted by Fengmian News found that 56% of people supported the new move while just 21% opposed it.

A further 17% didn't care either way, while 6% were interested to see where their location came up as being. There have been a number of reports of locations being inaccurate.

This could be because users are forgetting they are using a VPN, which is the obvious way to avoid this policy.

When you connect to a VPN, you automatically hide your real IP address and replace it with the IP address of the VPN server you are connected to. It is this server's IP location which will be published on these Chinese social media sites rather than your real one.

So, as if there were not enough reasons to be using a VPN inside communist China anyway, this new and intrusive social media policy is just one more reason why everyone going online in China should be connected to a VPN first.