China’s fake news machine is already in the UK 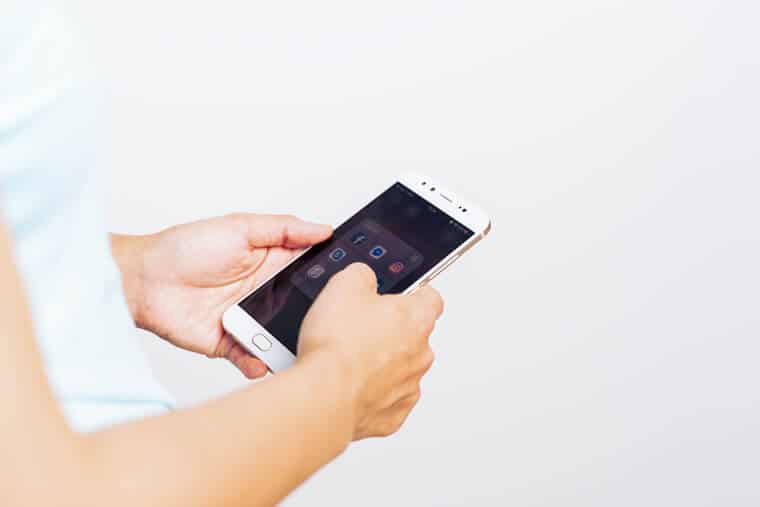 But that doesn't stop Chinese diplomats and state media outlets from using these platforms to try and spread fake news and Chinese Communist Party (CCP) propaganda in other countries.

You might think that this can't possibly be happening here in the UK, but as the Oxford Internet Institute (OII) has revealed today, you would be wrong.

OII researchers have today published two reports which have revealed in some detail the methods that the CCP are already using to try and spin their human rights atrocities and myriad of other abuses in a positive light in the UK.

How the CCP is using social media for propaganda

The reports show that there are currently more than 270 CCP diplomatic accounts on popular social media platforms that are used daily by millions of people here in the UK.

The researchers found that Chinese Communist Party diplomats tweeted 201,382 times, averaging 778 times a day for the nine-month period of the study, which took place between 9 June 2020 to 23 February 2021.

And they weren't just shouting into the void. These posts garnered nearly seven million likes, 1 million comments, and 1.3 million retweets.

At least on Twitter, some their accounts are labelled as belonging to the Chinese state, although these reports found such labels are inconsistent and only applied to about one in eight Chinese diplomatic accounts.

This is not the case at all on Facebook, yet a similar story was observed there too. In the same period, CCP diplomats produced 34,041 posts.

You wonder how so many people in the free world could be stupid enough to fall for CCP propaganda from one of the world's worst totalitarian regimes. Well, just like that C-list celebrity who keeps posting glamourous pictures and getting tens of thousands of likes, things are not always as they seem.

The OII researchers found more than 8,000 social media accounts which were regularly retweeting CCP-linked accounts and which were then suspended by Twitter for violating the platforms rules.

The researchers claim that, “More than one in ten retweets of a PRC diplomat… came from an account which was subsequently banned for violating Twitter's policies, which prohibit platform manipulation.” The clear suggestion is that these accounts are being run from China for this express purpose.

The team looked at this in more detail by zooming in on the Twitter output of one of the CCP's most flagrant propagandists, former Ambassador to the UK, Liu Xiaoming.

The Chinese Embassy to the UK's fake Twitter accounts

A forensic examination of the many thousands of tweets made by him during the study period identified a coordinated network of 62 Twitter accounts amplifying his tweets to broaden their reach.

The report noted that “Many accounts impersonate UK citizens, with biographies such as “political affairs commentator from London” and usernames such as @JenniferatUK, @UKJenniferin, or @GraceUK5″.

Accounts like these accounted for 44% of retweets for Liu Xiaoming and 30% for the embassy.

Curiously, they were also all created within minutes of each other over a period of just 5 days and the vast majority only engaged with the Twitter output of Chinese diplomats in the UK, not elsewhere.

The OII team found very similar language and keywords were used in all these accounts and also that “between June and January, two-fifths of the ambassador's retweets and one fifth of the replies came from the coordinated network.”

Several of the account's activity was found to take place within seconds of each other and many can be traced back to what is almost certainly a single human operator switching between multiple accounts in sequence. The message is clear; the accounts are being operated by employees of the Chinese Embassy in London.

“These accounts amplify the messages from UK-based Chinese diplomats at a high rate, often hundreds or thousands of times within just a few months,” according to lead researcher Marcel Schliebs.

All bar two have since been suspended, with the other two being deleted by the operator.

Why bother with fake accounts just to get more likes and retweets?

What is the purpose of the Chinese Embassy in London faking twitter accounts to make their Ambassador and other diplomats seem more popular on social media than they really are?

The end result is to make Liu Xiaoming look more important in the UK's political discourse to Beijing than he actually was. But it also helps to spread China's fake news and propaganda further afield.

The more these lies spread, the more they might start to be accepted as truth and it is vital that social media platforms get on top of abuses of their platforms by regimes like China that don't even allow them to operate in their own countries.

As the OII says, this relatively small investigation took more than seven months to carry out, so it is not an easy task.