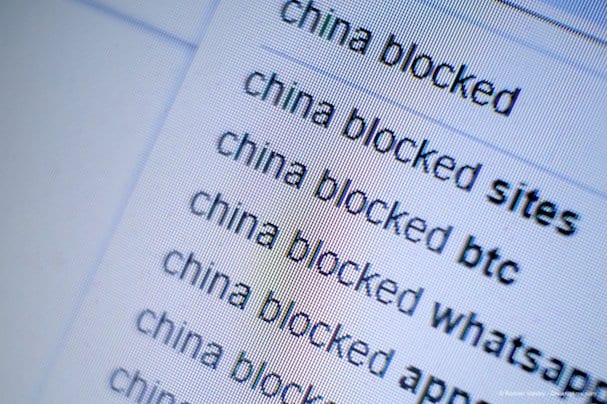 A year from the implementation of China’s VPN ban, it seems that authorities are finally beginning to crack down on individual VPN users as well as providers themselves.

We have written at length about the Chinese Communist regime’s VPN ban and the limited effect it has had in practice on VPN use in China. Essentially, any VPN like ExpressVPN and NordVPN, which has tried to keep their service available behind the Great Firewall has succeeded in doing so.

The ban has impacted international businesses operating in China, for whom it is far harder to hide their VPN usage. But for individuals who still want to use a VPN in China, all that is really required is a little bit of persistence.

First punishment for illegal VPN use handed down

It has been reported by the International Law Office that an unnamed individual from Guangdong Province in the south-east of China has been punished for using a VPN to get around the Communist regime’s censorship programme.

The individual in question was reportedly fined 1,000 yuan (£115) which doesn’t sound like an enormous amount of money but given the widespread poverty that still exists in China could be a huge sum to some people. We do not know this individual’s economic background.

What is perhaps most interesting is the law under which this fine was handed down. It was based on the Interim Provisions of the People's Republic of China governing the International Interconnection of Computer-Based Information Networks (the Interconnection Provisions).

According to the International Law Office, the Interconnection Provisions were enacted by the State Council in 1996. This makes this law much older and more established than last year’s online security measures that brought in the formal VPN ban.

The Interconnection Provisions state that computer networks must use government-provided international gateway channels and using any other gateway requires state approval. It is however thought to be the first time that these laws have been applied to VPN usage in China.

It appears that this is not a one-off incident either. A separate report from the south-western Chinese province of Sichuan tells of a man who received an administrative warning after police found a VPN-like tool on his smartphone.

According to Radio Free Asia (RFA), the man, Pang Zhiyong, was found by police to have an app called Wujie Yidiantong. The name translates as meaning “press once for a world without borders.”

No explanation of why Pan was arrested and phone searched have been provided but that is often the case in authoritarian China. However, according to the formal administrative decision, “Pang Zhiyong made a full confession that he had installed and used Wujie Yidiantong in order to browse websites outside China.”

The warning received by Pang was handed down under the “Interim Regulations on the Management of Computer Networks and Their Connection to the International Internet.” According to RFA this is not the first time this law has been used to target VPN users and there have been a growing number of cases in recent months.

Chinese online rights activist, Wang Aizhong, told RFA, “This is about setting limits to what Chinese internet users can do online. It's been several years since these rules were issued, but previously we didn't see many cases like this. The number of such cases has been gradually on the rise …”

Take care when using a VPN in China

These two cases are likely to be just the tip of the iceberg. It is highly likely that many more people have faced fines or even worse after being caught using VPNs to evade the Communist Party’s online censorship.

By connecting to a VPN like ExpressVPN and NordVPN you are guaranteeing that your internet connection is encrypted and your online privacy protected.

There are a few additional recommendations it is worth bearing in mind when using a VPN in China. Always try to download your VPN app outside China if at all possible. VPN providers do use mirror sites to keep downloads available in China, but it is much more secure to sign up and download apps overseas if possible.

It is also highly advisable to ensure the kill switch feature of your VPN is enabled when using it in China. This ensures that if your VPN connection drops out for any reason, your internet connection will be cut and there is no risk of the authorities seeing what you are up to online.

It is a sad state of affairs that one of the biggest countries in the world feels the need to treat their people like children just to keep a brutal authoritarian regime in power. But that is the situation and despite the small risk, VPNs remain the best tool to enjoy free internet access and the open exchange of information in China.