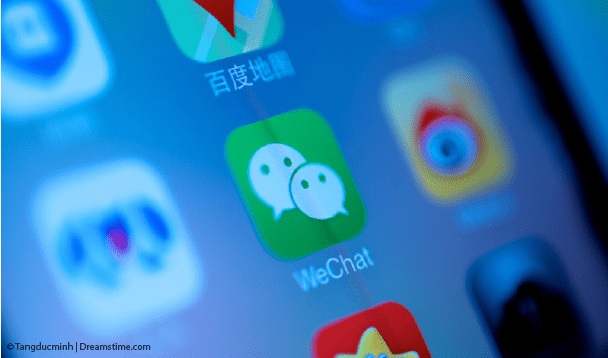 China isn’t exactly known for their ‘online liberties’ of freedom of speech, but according to a recent study conducted by researchers at the Munk School of Global Affairs, the nation’s censorship reaches even further than one would imagine.

Last month, researchers from the University of Toronto published their findings on “the growing sophistication” of China’s Internet blocking. The group took a close look at the inner workings of China’s most popular instant messaging app – WeChat, and uncovered a complicated censorship apparatus.

Before we delve into the complexities of WeChat’s censorship, it’s important to understand why this is such a big deal. Though much less popular in the West, WeChat has become the central hub for all things digital in China.

More than 800 million Chinese citizens use WeChat for anything from instant messaging and gaming, to banking, shopping, and gift-giving. It’s hard to find an app that parallels WeChat in the West, but a mix of Facebook and PayPal would come pretty close.

Needless to say, WeChat’s success quickly attracted the attention of the Communist Party, and as of now, managing the popular IM application is among the highest priorities of the Chinese Government. Though we’ve known for years that Chinese authorities had access to WeChat’s logs, the extent of their censorship wasn’t exactly clear… until now.

Interestingly enough, WeChat implements two sets of censorship rules – one for their Chinese users, and one for everyone else. Anyone registered with a non-Chinese phone number is privy to a censorship-free experience, while the locals aren’t so lucky.

Domestically, WeChat uses clever AI to automatically censor topics that the Communist Party disapproves of. There are many instances where discussions are silenced, but some of the most sensitive subjects include mentions of government officials, the Tiananmen Square Massacre, plans to leave either the Communist Party or the Falun Gong, and many others.

In conversations where the topic shifts to any of the aforementioned subjects, the sensitive messages simply disappear. The process is fully automatic and works in near-real-time. That being said, the algorithm is quite clever, and will allow messages relevant to the topic if no explicit connection is made.

For example – Chinese WeChatters are free to send messages including “4th of June” — the date of the Tiananmen Square Massacre, but the same message will be censored when paired with terms like “democracy movement” or “student.”

In the past, Chinese censorship relied heavily on blacklists – where specific terms would be blocked regardless of which context they were mentioned in. According to Jack Qui, a professor at the Chinese University of Hong Kong, this is no longer the case.

Qui, along with his team, conducted a number of studies on Chinese communication technologies and discovered that new censorship systems use machine learning to filter out “inappropriate” messages at lightning speeds without notice to any of the users. While the process is quite complex, the idea behind these algorithms is simple: locate the tagged terms in real time, understand the context, and filter them out based on what is said and in what conversation.

According to the findings, group chats fall under more strict censorship guidelines than one-on-one conversations. One possible explanation as to why, is that WeChat allows up to 500 members in a single group chat, meaning that a message can instantly reach large amounts of people — increasing the potential for mobilization.

Aside from discouraging dialogue surrounding sensitive topics, WeChat’s built-in browser also censors some of the web. Though the exact criteria is unknown, researchers have found that dozens of websites are blocked to Chinese users.

Unfortunately there doesn’t seem to be a workaround for the aggressive censorship within the app — as the nationality of the account is determined by registration phone number. That being said, Chinese netizens can take a few steps to bypass the nation’s strict online regulations outside of WeChat.

A great way to hop the geofence is via a VPN. If you don’t know where to start, check out our detailed guide for the best VPN in China.