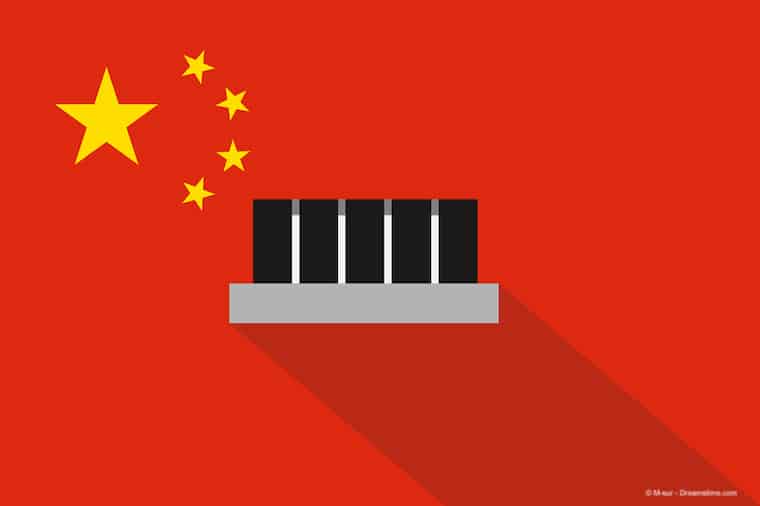 Earlier this month, we debunked a story in the South China Morning Post which said China was now accepting foreign investment in their state-owned VPN networks.

While many news sites interpreted this as suggesting that China was softening its stance on VPN use to get around their state censorship and surveillance, we knew otherwise.

As we said in our article, the main purpose behind the move was to try and normalise state-controlled VPNs which allow the Chinese Communist Party (CCP) to monitor what users are doing.

In case anyone was still labouring under the delusion that China was softening their stance on VPNs, the latest news to come out of the world’s foremost totalitarian Communist state should put you right.

Jiang Shilin is a 26-year old man from a small village located in Zhuanghe City in the north-east of China’s Liaoning Province.

Jiang was involved in Falun Gong, an form of Chinese meditation which was popular across the country about 20 years ago. He had read some of the “Zhuan Falun,” book of Falun Gong teachings, but had yet to learn the practice’s meditative exercises.

The CCP is always wary of any religion or other practice which gets too popular and could threaten their control of the country. They, therefore, outlawed Falun Gong and have spent the past twenty years trying to wipe it out entirely.

Practitioners have been rounded up and put in prison, forced labour camps, and psychiatric hospitals. Many have faced torture, brainwashing, and even lost their lives if they have refused to renounce Falun Gong.

Being wary of this possible fate, Jiang had come across VPNs which could be used to communicate with other Falun Gong practitioners without the risk of CCP internet spies seeing what they are doing.

Rather naively, he began to spread information about VPNs on the Chinese messaging app QQ. QQ is an instant messaging service owned and run by Tencent, the CCP-supported company behind other state-monitored social media platforms such as WeChat and Weibo.

Inevitably, the CCP authorities got wind of Jiang’s messages about VPN. Police used his phone’s GPS to track down his location and in December 2016, he was arrested and sent to the Zhuanghe Detention Centre.

Six months later, Jiang’s court case began. It was a secret trial and his family was not informed that it was taking place.

As with all Chinese court case, the outcome was decided in advance and once the charade of a trial had finished, Jiang was sentenced to seven years in prison. His family was not notified of his sentence and no explanation was formally provided about what his actual crimes were.

Jiang was sent to the First Prison of Sheyang City. According to Minghui.org (in Mandarin Chinese), which first reported his case, he was forced to do hard labour while in prison.

It is reported that Jiang bravely refused to do so. As a result, he was moved to the prisons ‘high-security monitoring area’. This is a secretive area of the prison where prisoners are tortured by guards and forced to confess to their crimes.

Other Falun Gong prisoners have been taken to this same area and not come back alive. His family are understandably deeply worried for his welfare.

The latest information about Jiang is that he is currently on hunger strike. After visiting and seeing him looking extremely thin, his family signed a form which authorised the prison to force-feed him.

However, they are now concerned that this could be used as another form of torture against him. They have asked for his immediate release on compassionate grounds and have made appeals for the international community to intervene in his case.

Such international intervention is highly unlikely given their reluctance to hold Communist China to account on any of their myriad of human rights violations. Equally, the chances of the CCP granting compassionate leave to any prisoner is practically zero. Compassion does not feature in the CCP lexicon.

The lessons for VPN users in China

As a result, Jiang is likely to remain at the mercy of the CCP until he has served the remainder of his sentence, if he survives that long.

It is a shocking and traumatic case and should serve as a warning to everyone inside Communist China of the possible risks they face for defying the regime.

While it is likely that it is Jiang’s Falun Gong interests as much as his VPN promotion that led to such a severe sentence, the fact that he was arrested for his VPN-related messages shows that this is an issue that the CCP is now serious about.

We have reported before about people being charged with VPN-related offences. The fact that a seven-year sentence was handed down in Jiang’s case shows that long jail sentences are now possible.

So far, all of the cases we are aware of involve people selling or promoting VPNs to others rather than using them themselves. But that could change.

If you are going to talk about VPNs in China it is wise to use an encrypted messenger service to do so. Certainly, avoid using Chinese apps like QQ at all costs. Even better, make sure you have your VPN set up and connected first too.