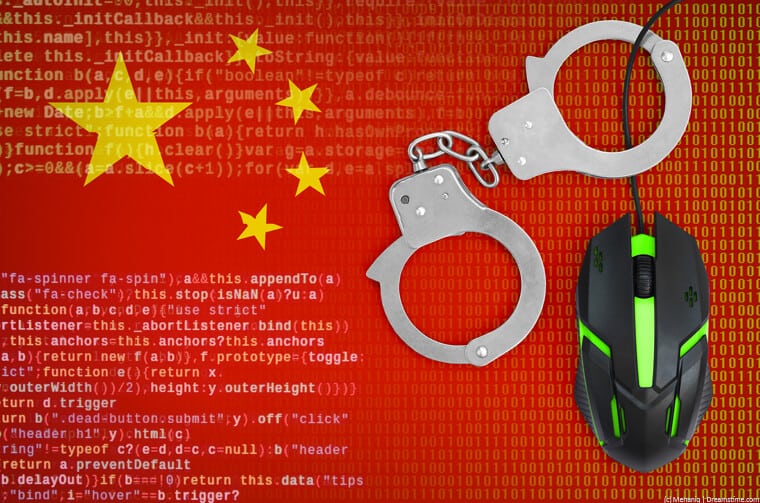 Using a VPN inside Communist China is already illegal but a new regulation unveiled on Sunday is set to make punishments for selling or enabling people to bypass the Great Firewall and access the internet even stricter.

The new regulation has been put forward by the Cyberspace Administration of China, the Chinese Communist Party's (CCP) cyberspace watchdog which enforces its strict censorship and online surveillance policies.

Anyone who is found guilty of breaching this rule can expect a sizable fine. This can be equivalent to ten times the amount of profit made by the venture or anything up to 500,000 yuan (US$78,362).

The regulation is currently open to public consultation. Still, in a country where anyone who challenges the CCP tends to disappear into jail for long stretches (or worse), it is unlikely there will be too many submissions to challenge the new regulation.

The ‘consultation' ends on December 13th and internet users in China can expect the new regulation to come into force shortly after this date.

The likely impact of the new regulations on individuals

It will be interesting to see how the market in China is affected by the new regulation given that previous laws and rules that have been put into place have had minimal impact on everyday internet users, many of whom quietly go about using a reliable VPN like ExpressVPN, VPN.ac, or Surfshark.

It seems likely that this situation will continue and for those readers visiting China, there remain a number of VPNs that can work behind the CCP's extensive censorship apparatus, known as the Great Firewall.

It is worth individuals noting that using a VPN inside Communist China is illegal and there are likely to be consequences if you are caught doing so, particularly if you are Chinese.

There are a number of cases of individuals being fined or worse for using VPNs inside China and a number of brave local privacy activists have recommended carrying a second device when in public in case you are stopped and your device searched.

The likely impact of the new regulations on multinationals

While this regulation is doubtlessly aimed at trying to stop individual users in China accessing information that hasn't been screened by the CCP censors first, the biggest impact it is likely to have is on big international businesses that operates inside China.

Most multinationals with bases inside China rely on VPNs to access the internet freely and communicate with their colleagues in other countries without fear that the CCP is listening in.

Needless to say, the CCP wants this to stop, and it has already attempted to drive more international businesses to use domestic VPNs instead.

These VPNs claim to offer the same level of security, but, as with all China-based tech companies, they will have to hand over all user data to the CCP authorities on request.

Recent crackdowns have seen a number of multinationals questioning whether they can continue to operate inside China and this new regulation is likely to only make the matter worse.

Our advice to businesses like these would be that if you feel unable to use an international VPN anymore, you probably need to consider whether you want to continue working in China.

Using the internet without a VPN or with a domestic VPN will amount to the same thing; the CCP surveilling everything you are doing.

For individuals, this new regulation doesn't make a huge amount of difference since VPNs remain illegal, as they were before.

But the punishments are now potentially a lot higher, which means it makes sense to take all necessary precautions to keep the fact that you are using a VPN private.

Make sure the kill switch is activated at all times and if possible don't download a VPN app inside Communist China but try to do so while you are abroad.

Under Xi Jinping, the CCP has made navigating the internet freely inside Communist China like canoeing down white water rapids.

It is a real challenge and extremely turbulent. But, the rewards for success in a country which has the most restrictive online environment in the world make it worth the effort for many.