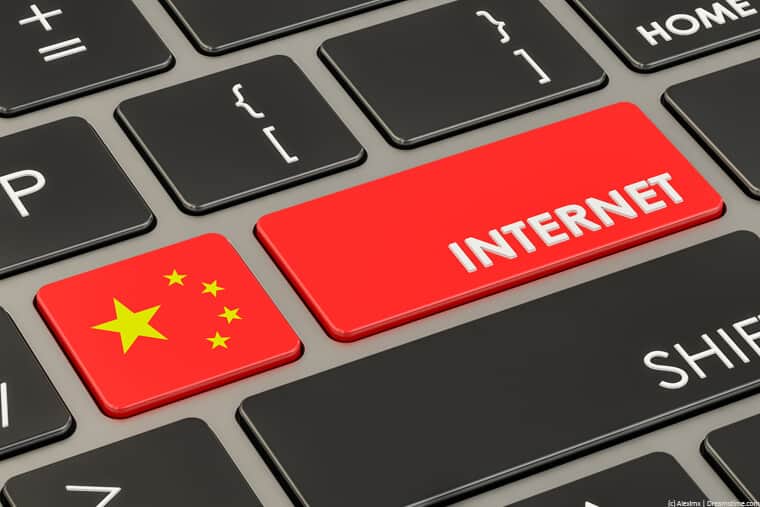 The Chinese Communist regime has decided to allow up to 50% of domestic VPN services inside China to be owned by foreign investors.

It is a move designed to encourage foreign businesses operating in China to use the services by portraying them as joint ventures as opposed to state-controlled VPNs.

Regular readers will recall that a couple of years back, the Chinese Communist Party took the step of making it illegal to use all overseas VPN providers inside China.

Efforts were made to block these foreign-based services and overseas businesses operating in China, who rely on VPNs to move corporate data in and out of the country safely, were encouraged to switch to domestic-based VPNs instead.

There was just one problem with that. All telecoms' businesses in China are required by law to share all the data they collect on their users with the state. On top of that, if asked, they are legally required to deny that they do this.

As a result, any privacy and security provisions that a China-based VPN provider might offer to their customers are effectively not worth the paper they are written on.

No foreign business with an ounce of common sense would trust their sensitive business data to a Chinese VPN. Those that do should work on the assumption that every email they send and attachment they download is being read and stored by the Chinese Communist Party.

This announcement suggests that many are not, and the Chinese Communist regime have decided to take steps to try and increase confidence in these domestic VPNs.

The plan to do this has been put forward by the municipal government of Beijing and been greenlighted by the CCP's cabinet. It allows foreign stakeholders to own up to 50% of domestic VPN services.

It is not clear at this stage whether that might be extended more widely if this trial is judged to be a success. If not, it seems a very odd and limited new policy.

One thing that does seem clear is that this move does not signal a watering down of the CCP's laws around VPNs. While it may now be permissible for foreign companies to invest in these China-based VPN services, there is no suggestion that they will offer any more online privacy or security.

As a result, those companies which might be reconsidering signing up for a Chinese VPN in the wake of this announcement would be strongly advised to stick with their existing policy.

Regardless of foreign investment, China-based VPNs offer absolutely no online security or privacy to users. In fact, they do the opposite and guarantee that all of your online data will end up in the hands of the Chinese Communist regime.

While we note that the use of overseas VPNs remains illegal in China and would caution people that using them is done at their own risk, we remain of the view that these are the only VPNs able to offer the security and protection that people are looking for.

If you want to find a good VPN that works inside China, take a look at our guide to the Best VPN for China. Some of these providers even offer a specific corporate offering alongside their public service.

For investors who might see potential in putting money into a Chinese VPN service, we would gently note that all businesses in China are susceptible to the whims of the CCP if they do anything to displease China's authoritarian government.

And for those thinking to possibly relocate to China as part of such a venture, we would gently point them towards the experiences of the ‘two Michael's', Canadian citizens Michael Spavor and Michael Kovrig, who were held hostage by the CCP and sentenced to long jail terms before being released when Canada freed Huawei executive Meng Wanzhou.

Hostage diplomacy is nothing new in China. Plenty more western citizens remain locked up and even sentenced to death for trumped up charges. And with relations between China and the free world deteriorating rapidly, all western businesspeople in China are running a similar risk.

If the lure of profits makes it seem worth the risk, we would simply refer you back to our earlier advice which remains in place. Avoid domestic-based VPNs in China at all costs!