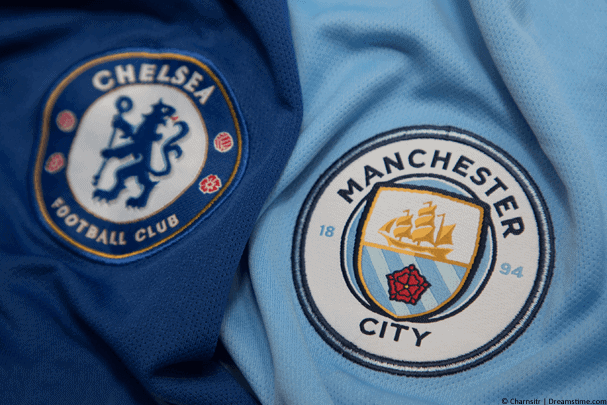 Chelsea takes on the seemingly unstoppable Manchester City this Sunday in the Carabao Cup Final.

Although the Carabao Cup is often referred to as a ‘Mickey Mouse' cup, it's the first silverware up for grabs this season and will either start to cement Manchester City's possible quadruple challenge or see Chelsea regain dignity after their 6-0 thrashing just a few weeks ago.

Whichever team you're supporting the problem is, watching the Carabao Cup final is difficult. If you don't have Sky then there's no other legitimate way to watch the match and resorting to sketchy online streams is not only illegal but risky for the health of your device too.

If you're outside the UK, then the situation is even worse with only a handful of broadcasters showing the match and many of them require subscriptions.

There is however an alternative way you can tune into an official stream of the final from overseas and below I'll be showing you how.

How to watch the Carabao Cup Final online

In America, the Carabao Cup Final is being shown online by the ESPN+ service.

If you try to access outside the United States, you'll be blocked. The great news is you can use a simple app known as a ‘VPN' to make it look like you are in America. A VPN unblocks ESPN+ allowing you to watch all the final live.

ESPN+ is a subscription service, BUT they give out a free 7-day trial just for entering your credit/debit card. If you cancel before the 7-days expire you won't be charged anything – meaning you can watch for free!

To unblock ESPN+ you'll need a VPN service. Unfortunately, this will cost you but they are cheap at just a few pounds (charged in US Dollars) and you'll only need their minimum 1-month package to watch.

I recommend you sign up to ExpressVPN as they're the service I've been using. They're not only fast which means you avoid buffering but they're easy to use too.

You can take a look at IPVanish VPN and NordVPN too if you've got time and want to check out a few options. However, they all do the same job.

Follow the steps below to get started and watch the entire Chelsea v Man City Carabao Cup Final match.

Visit one of the recommended VPN services, for example, ExpressVPN and sign up.

It's nearly 50% cheaper to take their yearly package which you can use to watch other football and sports but you'll only need a 1-month package if you want to watch the Carabao Cup Final.

Now you're signed up you should download the VPN app. For mobile devices you can get this from your app store by searching for ‘ExpressVPN'.

Using a computer or laptop is easiest and you can download the app from the ‘Products‘ area of the ExpressVPN website.

Step 3: Connect to the United States

Open the app, login with your account details and then connect to the United States.

Press ‘Start My 7-day Free Trial‘. Press ‘Sign Up‘. Then enter your details as required.

You'll then need to enter your credit/debit card details but there's no initial charge in the 7-day trial.

It will take a few seconds for the payment details to be accepted, you can then press ‘Get Started‘.

Once your payment details are accepted, you'll be able to watch Chelsea v Manchester City live in the Carabao Cup final.

Just login for kick-off. You'll need to be connected to the ExpressVPN service or one of the other VPN apps mentioned earlier in this article.

When is the Carabao Cup Final shown?

If you need to work out the time where you are then use a site such as The Time Zone Converter.

I'm not a betting man, in fact, I get annoyed when I lose a few quid on a fruit machine.

However, one thing betting does is tell us who the bookies think is going to win. Bookies are a bit like me – they hate losing, they're in the game of making money, not losing it.

A quick check of the odds on offer and it's clear the bookies favour Manchester City to take the Carabao Cup trophy.

Chelsea, of course, aren't a bad team and although they're (as I write) sitting 6th in the Premier League, they could, in theory, jump up to 4th depending on other results.

However, one thing that's thrown a spanner in the works is their 6-0 thrashing less than two weeks ago by Man City. If you watched the game, they got ripped apart. I'm sure like me, as good as you think Man City are, you didn't expect Chelsea to suffer a 6-0 loss.

Manchester City breezed through their semi-final fixture against Burton Albion with a 9-0 first leg result and a 1-0 win on the 2nd leg.

They didn't have such an easy Quarter Final route meeting Leicester City and needing to go to penalties to progress.

Chelsea, on the other hand, had a tougher Semi-Final against local rivals Tottenham. Spurs knocked out the other London team, Arsenal in the Quarter Finals but failed to progress after losing to Chelsea on penalties in the Semi-Final.

At the end of December, Chelsea made their way to the Semi-Finals by beating Bournemouth a dull 1-0.

What's new in the Carabao Cup this year?

If you haven't been paying much attention to the knock-out stages of this lesser cup, then you might not have noticed that there was no extra-time in the run-up to the final.

Matches undecided after the regular 90 minutes went straight to penalties. However, for the final this won't be the case and if the scoreline remains a draw after 90 minutes, then we'll first see extra-time and then penalties if needed.

VAR has been in operation at games taking place at Premier League grounds and with this expected to be seen in the Premier League next year it's been an opportunity to see it in action.

In Summary: What you need

Let's recap what you're going to need to watch the Carabao Cup Final between Chelsea and Man City on Sunday.

You'll need a VPN from ExpressVPN (or IPVanish or NordVPN). Once you've signed up you should connect to the United States with their VPN app.

You'll then need a free 7-day trial of ESPN+. You will have to enter payment details but as long as you cancel before the 7-days expire then you won't be charged a penny (or cent!).

Once you've got all that you can watch Chelsea v Man City live online in the UK or any other country in the world.

So who do you think will take the trophy this weekend? Are you sticking with the safe bet of Man City or do you think Chelsea can regain some pride after the 6-0 thrashing?