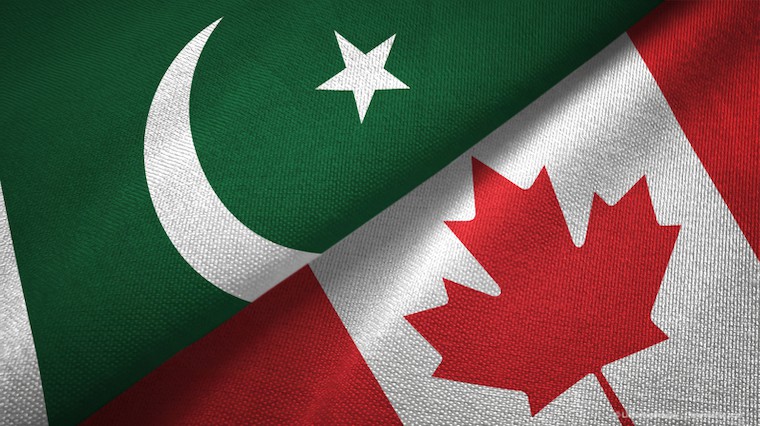 Canada prides itself on being a forward-thinking liberal democracy and life there is a far cry from some of the oppressive regimes of central and southern Asia.

But unfortunately, not all Canadian companies hold these values in quite such high regard when it comes making profits from the governments of less-free countries.

If they did, then Canada-based company Sandvine would not have recently signed a multi-million-dollar contract with the government of Pakistan to provide them with an internet monitoring system.

Sandvine has refused to comment on the contract, which is worth around $18.5 million, and which was first reported by the .coda website. But they do have previous form in this area.

The Citizen Lab research group, which is based in Canada, revealed last year that they had already sold similar systems to the regimes in Turkey, Syria, and Egypt. The group also found that Sandvine equipment was being used to “block political, journalistic, and human rights content.”

The question of whether the Canadian government and the people of Canada are happy for a domestic business to be supporting the oppression of freedom and rights around the world is a matter for local discussion. But when they dig into the detail of this contract, there should be plenty of revulsion at what the company is selling.

The more worrying aspect of this story is the impact Sandvine’s technology could have on the millions of internet users in Pakistan.

Under the terms of the contract, Sandvine will provide the Pakistan Telecommunication Company with hardware, software, and related support for a web monitoring system.

Under the terms of the tender, this system will provide monitoring “at national level, for identifying and blocking access to any on-line content classified as unlawful under Prevention of Electronic Crimes Act 2016.”

The definition of “unlawful content” in Pakistan is disturbingly broad. It includes any content deemed blasphemous, which is a lot in this deeply conservative Muslim country. It also includes anything which is considered immoral, indecent, or critical of the government and the Pakistani military.

As internet access in Pakistan has grown, so too has government attempts to control it. Some of the developments in this area are deeply troubling.

A couple of years ago, the Pakistani government created a new body specifically to enforce their strict new online blasphemy laws. Posting blasphemous content online is now a deeply serious issue in Pakistan with people facing long jail sentences and even the death penalty as well as social ostracisation.

Online censorship has also grown markedly in recent years too. The pulling of an interview with a prominent opposition leader and former Prime Minister earlier this year caused significant ripples across Pakistan.

It is reported that the new monitoring system will employ Deep Packet Inspection (DPI) technology to pry on the internet activity of everyone in Pakistan.

DPI is a technique that allows authorities to examine the contents of internet data before redirecting it accordingly. By opting to use DPI, Pakistan is placing itself alongside such regimes as Communist China and Iran, which both use DPI to spy on their people.

It is likely that this new web monitoring system will drive more Pakistan citizen’s onto VPNs in an effort to keep their online activity private and secure. VPN use in Pakistan is already on the rise and we can expect another significant spike once this system is rolled out.

DPI can affect the operation of some VPNs. Indeed, the Pakistani government has stated that one of the purposes of the new system is to monitor so-called “grey traffic”. This term includes traffic passing through VPNs as well as VOIP communications.

If Pakistani internet users are planning to sign up, they need to make sure they choose the right one. ExpressVPN is always a good bet thanks to its robust encryption and security features that protect from DPI.

NordVPN is another good option with a wide range of security features available for all users. Our guide to the best VPNs for Pakistan is a good place to start your research.

Consequences for Pakistan and Canada

When this new system is rolled out, VPNs will become an even more vital tool for human rights activists, journalists, and political opposition in Pakistan than they are already.

But they will be important for ordinary people too. The consequences of being found to have broken Pakistan’s incredibly strict online laws are extremely severe and every Pakistani internet user should be taking steps to protect themselves. That means using a VPN whenever they go online.

While the brunt of this problem will be suffered by the people of Pakistan, it also leaves a bad taste in the mouth for Canadian citizens too.

Will Canadian citizens and their government continue to stand by while a Canadian company helps undermine basic rights in countries like Pakistan? Or will they take legislative and popular steps to ensure that companies like Sandvine cannot continue to sully Canada’s reputation as a bastion of freedom and human rights in the world?