Home » Guides » Articles » Can a VPN Stop Throttling by your ISP

Can a VPN Stop Throttling by your ISP 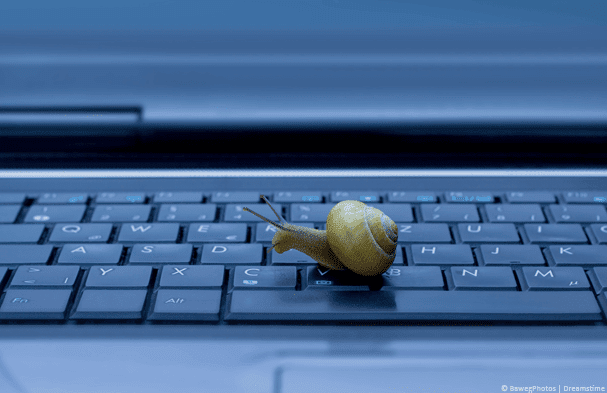 Throttling is the bane of internet users worldwide but unfortunately, it's become part of life.

In this article we're looking to see if a VPN can help you avoid throttling by your ISP to enjoy the maximum speed of your internet connection.

You'll be pleased to know that the simple answer is, Yes, a VPN can indeed stop ISP throttling. However, it's important to know the differences about what type of throttling it can stop and what type it can't stop.

Limiting the speed of your internet is given many different names. Two common ones are Throttling and the more polite, Traffic Management.

There can however be differences between the two.

Throttling usually refers to slower speeds when using specific services such as Torrenting.

In this case, a VPN can stop throttling by your ISP.

A VPN will disguise your traffic so your ISP doesn't know what type of traffic it is.

Traffic Management on the other hand usually refers to periods of time where the speed is reduced overall or overall once you've hit a certain data transfer limit.

This applies to all users regardless of what they're downloading, transferring or accessing. A VPN cannot stop this type of throttling.

What is ISP Throttling

Granted, speeds were a lot slower back then and most of the resources on the internet weren't data intensive.

Fast forward 15 years and the internet is full of big data from 4k video to huge file downloads and more. As more people have gotten connected to the internet and the infrastructure of the big ISPs failed to cope they started to introduce Throttling.

Throttling is when your ISP reduce your speed when carrying out a certain task.

It's usually reserved to torrenting and usenet but can include video streaming and a whole host of other services depending on what ISP you use and what is the norm in your country.

For example, if you pay for and generally get 100 Mbps on your internet connection, this may be reduced for certain services such as Torrenting or Usenet down to 50 Mbps or even lower.

How to Stop Throttling by your ISP

Stopping ISP throttling using a VPN is easy and it although it's most beneficial for your home connection, it's not the only place it works.

If you're finding your mobile data connection is also getting limited then this solution works for that too.

To stop throttling you need to sign up for a VPN service [See Also: Our comparison of 20 leading VPN providers]. Below you can find the simple steps needed to do just that.

It doesn't take more than 15 seconds for a VPN to connect. After that everything you do while connected to the internet remains private.

Your ISP now doesn't know what type of sites or services you're accessing. This makes it impossible for them to see you using Torrents, Usenet, Video Streaming or whatever else is throttled on your network.

How does a VPN work to stop Throttling

When you normally access the internet it's possible for your internet provider to determine what type of services you're accessing.

For example, it's relatively easy for them to know you're accessing a website, streaming video or downloading your emails. They can tell what services are what.

This is when they employ throttling and slow access to those specific services.

A VPN works by encrypting all of the data that passes through your internet connection. Encryption essentially means jumbling up all of your data so it becomes unreadable.

This is done on your devices such as your computer, tablet or phone and then passed through your internet connection to a computer owned by the VPN service called a server. The server then decrypts the data and passes it to the wider internet.

Your ISP being in-between only sees jumbled data being passed from you to the VPN server and nothing else. It is for this reason they can't throttle your access.

Traffic Management is applied across the entire network of your ISP to every customer and it doesn't matter what type of services you're accessing, it all falls under traffic management.

Generally Traffic Management can be found on any ISP across the world but is more commonly found in western countries such as the UK by providers like Virgin Media.

Traffic management is usually applied in peak hours or at times of heavy usage slowing down your entire connection once a certain amount of data has been transferred.

There is nothing to differentiate the type of traffic you're transferring, so even encrypted VPN traffic would fall under this.

Sadly, there is no way to overcome this type of throttling.

Apart from the privacy and other benefits a VPN can provide they can also stop your ISP from throttling specific types of traffic or usage.

Any VPN provider is suitable for doing this but it's important to select a VPN service known for fast speeds. You will lose some speed by being connected to a VPN service but as long as you choose a reliable service, you won't lose much and it'll be nowhere near what you would lose by ISP Throttling.

So just remember, a VPN service can help you bypass ISP throttling in certain circumstances and it's well worth having one if you want to achieve your maximum download speed without hindrance.

They can't however help you bypass Traffic Management.