Can a VPN Stop Adverts From Sites You Visit 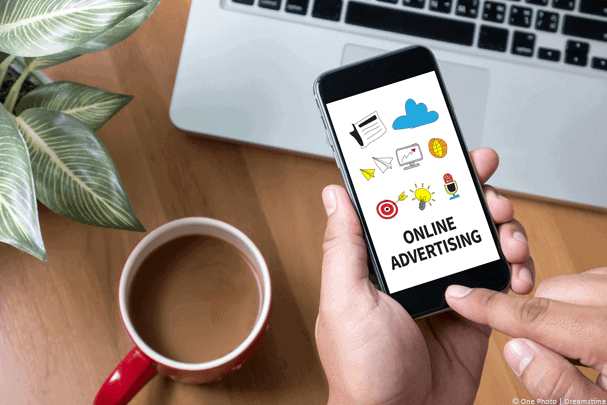 VPN services are known to protect your online privacy but as competition grows, so do the features offered by the services.

In this article we're taking a look at some of the additional features that exist and to see if a VPN really can stop adverts from sites you visit.

There is no Yes or No answer to the question and it all depends on which VPN provider you sign up to.

Can a VPN stop adverts from sites you visit

With so much competition in the VPN industry and the slow shift towards offering a more valuable service the list of features of many VPN services continues to grow.

Coupled with the fact that traditional software such as anti-virus is now attempting to incorporate VPN solutions which already have ad blocking built in, the landscape of features available is changing.

While some VPN providers simply offer a standard VPN service and feel uncomfortable to interfere with a users' traffic, others are attempting to lure more customers by adding more value to their service.

What's the purpose of VPN based ad-blocking

Online advertising is the bane of many users' internet usage. From resource heavy side banners to intrusive pop-up banners and all sorts of in-between advertising that can distract from just simply accessing a website.

More importantly, there have been countless reports of malicious adverts that have the intention of infecting a users' computer or other device with some kind of malware.

It is for these reasons that some VPN providers have chosen to bundle in ad blocking protection.

There really is no complete list of VPN providers who bundle ad-blocking into their service.

PrivateInternetAccess was one of the early adopters, launching their MACE™ feature back in 2016 which blocks adverts, trackers and malware. 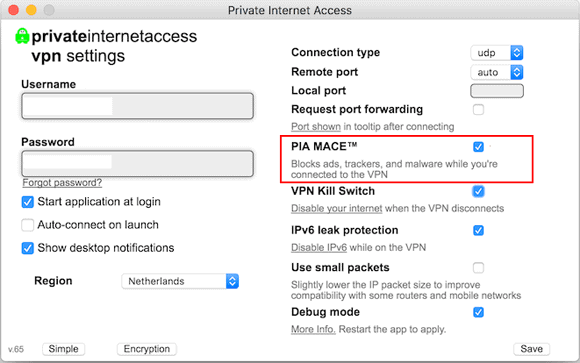 NordVPN followed suit this year with a service called CyberSec.

CyberSec blocks adverts, protects against malware and even goes a step further and protects you against becoming part of a botnet even if your device has been infected with botnet functioning malware.

Most recently, LiquidVPN enabled an advert, tracking and botnet blocking feature across their service.

While currently needing to be enabled manually by contacting their customer support by the beginning of 2018 it will be possible to be switched on and off from within their software suite.

What are the benefits of VPN based ad blocking

VPN based advert, tracking and botnet blocking has numerous benefits.

First and foremost it adds value to your VPN service and gives you more features for your money. It also means you don't need to shell out for an additional third-party service to do the same job, and while you shouldn't solely rely on it as an anti-virus replacement for a package like Kaspersky or Norton, it does add an extra layer of protection.

The obvious benefit is you won't get bothered by pesky adverts. On a more serious note, it can protect you from being infected by malware through an advert intent on harming your computer or other device.

The benefits of VPN ad and other blockers go further and are felt by both the user and the provider.

“Our customers are tracked less, they see less advertisements/malware and on mobile devices it can save on their data plans. It benefits us by blocking traffic from known Command and Control servers, spam and other malware that would otherwise add to our abuse queue.”

How do VPN ad-blocks and other blockers work

Unlike more traditional software that blocks adverts and malware on your system as and when they're detected, a VPN ad-blocker or blocker of malware or botnets works at a network level.

When you access certain websites or a known malicious link is detected on a website the advert or other threat is blocked at the VPN network level meaning it never actually enters your system.

This takes the protection back a level essentially protecting you to a greater degree because your system never actually sees the threat.

Negatives of VPN based blockers

Like any anti-virus, anti-malware or browser-based ad blocker, VPN based blockers are fallible.

They can only protect against threats that they know about. If you were unlucky enough to be one of the first users to come across a new threat that hadn't yet been discovered then you would still be at risk of infection.

That said, with billions of people in the world threats are mostly picked up well in advance of you stumbling across them and a VPN based blocker combined with traditional anti-virus software is definitely recommended to protect you against the majority of threats.

Ad-blockers from VPN providers are often so effective, companies aren't happy. Only recently Apple attempted to crack down on VPN based ad-blockers because of a loss of revenue from in-app adverts. Thankfully providers such as NordVPN and Private Internet Access weren't part of that crackdown.

What if you don't want any of this

If you really don't want your VPN provider from interfering with your network traffic or you just want to see the adverts or expose yourself to malware for whatever crazy reason then the good news is you can.

The majority of providers who offer the service allow you to switch it on and off at will via their custom apps.

Ad Blockers from VPN providers can only be a good thing, they bundle in additional security features at no extra cost.

The online world is open to threats from all angles so any extra layer of protection that doesn't impact on your device resources or slow down your session is clearly a benefit.

If you're after a VPN provider that offers this service then we recommend taking a look at NordVPN, LiquidVPN and PrivateInternetAccess.