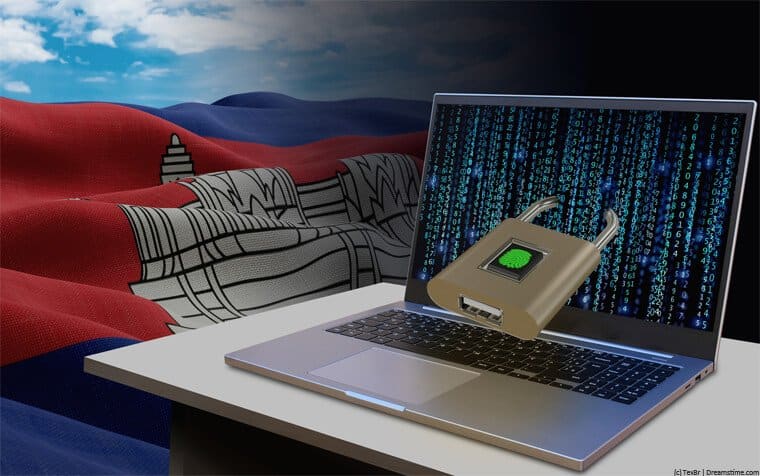 Yesterday was slated to be a dark day for the people of Cambodia.

It was the day when the Cambodian Authorities were scheduled to launch their Orwellian ‘National Internet Gateway' project.

The Cambodian National Internet appears, from what we know about it, to be a tool modelled closely on the country's economic sugar-daddy, China.

All internet traffic in Cambodia is planned to be routed through the National Internet Gateway, allowing this effective one-party state to monitor everyone's online activity, intercept and censor their digital communications, and collect all Cambodian internet users' personal data.

It requires internet service providers (ISPs) in Cambodia to register all internet users with their full and correct identities meaning that no one can use the internet in Cambodia anonymously.

As well as monitoring individual user activity, the National Internet Gateway will also give the Cambodian authorities the power to switch off internet access to individuals or areas as it sees fit, as well as censor and block any websites or online services it chooses.

Reasons for taking actions like this are as vague and diverse as things that “affect national income, security, social order, morality, culture, traditions and customs,” according to the legislation.

The plan has been condemned by rights activists in Cambodia and beyond.

According to Sopheap Chak, executive director of CCHR, a non-profit organisation based in Cambodia, it will facilitate “mass surveillance” of the Cambodian people.

Naly Pilorge, the deputy director of LICADHO, a human rights organisation based in Cambodia went even further telling the Singapore-based Straits Times that “It threatens to curtail free speech, access to information, and privacy rights in Cambodia, and gives the government unprecedented authority to monitor and control all Internet traffic in the country.”

“It will become another tool in the authorities' arsenal to suppress free speech on the Internet,” she continued. “There is no oversight or review for the actions, allowing for arbitrary censorship of the Internet.”

Bleak as it may sound, that is a pretty accurate summary of the impact that the National Internet Gateway.

The timing of its planned launch has also been noted carefully by observers. The country has national elections scheduled in 2023.

You may not think this is a big deal for the authorities given that Prime Minister Hun Sen has been in power since 1984, the opposition Cambodian National Rescue Party (CNRP) was banned ahead of the previous elections and as a result, Sen's Cambodian People's Party currently holds all 125 seats in the country's National Assembly.

But this is a country with a history of coups and political upheaval and even though Hun Sen is effectively an authoritarian dictator, Cambodia is still officially a democracy and he will have looked on at the protests in similar countries like Belarus in horror.

The timing of the planned launch of the National Internet Gateway would have been perfect for preventing dissent and opposition views being easily shared online.

The authorities have said the aim of the National Internet Gateway is to “protect security and public order”, which essentially amounts to the same thing.

It was therefore unexpected good news when a Cambodian Telecommunications Ministry spokesperson told reporters on the eve of the launch that it was being delayed.

The official reason given for the delay was “disruption caused by the COVID-19 pandemic”, the stock excuse used by all organisations these days when something is delayed.

But no new date for the launch has been given yet, raising the tantalising prospect that it might end up being booted into the long grass once and for all.

This seems unlikely, with the spokesperson suggesting that a new date would be announced soon.

If Cambodia does go ahead with its National Internet Gateway, it will join a worryingly long list of countries in the region that have placed restrictions on the internet access of their citizens.

Surveillance and censorship is alarmingly common in South East Asia with the influence of China's grotesque ‘Great Firewall' being seen everywhere.

How VPNs will help if the National Internet Gateway does launch

Another thing that all of these countries have in common is the growing use of VPNs to get around these restrictions too.

And while it seems likely that Cambodia's National Internet Gateway will try to prevent people from using VPNs, evidence from other countries shows that when the chips are down, people always find a way.

We have no doubt that this will be the case in Cambodia too. A VPN will encrypt users internet activity preventing the Cambodian authorities from being able to see what users are doing online.

This will allow political dissent and opposition views to be shared in a country where it is being actively prevented by an authoritarian government.

If the National Internet Gateway is implemented, Cambodia will become yet another country where VPNs are essential to maintain people's fundamental online freedoms.