How to Bypass Torrent Throttling 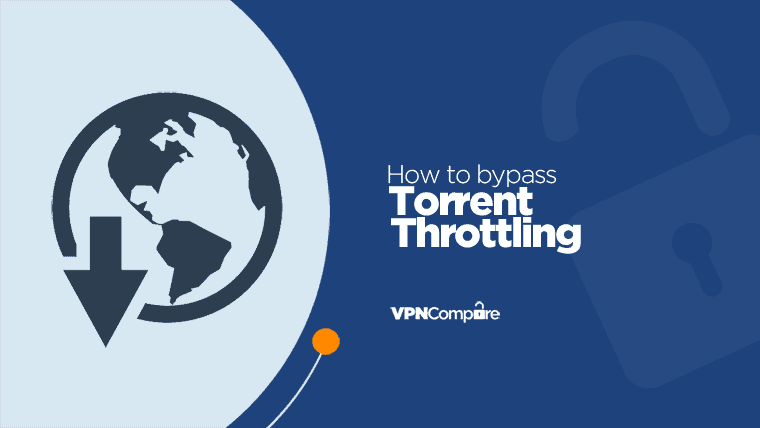 Traffic Throttling, Traffic Shaping and Traffic Management are all various names given to a similar tactic introduced by ISPs to reduce the speed of certain types of internet activity that are considered traffic heavy.

If you've been suffering from slow downloads recently, you'll know what I'm talking about.

Here in the UK, it is enforced in peak times, apparently to allow enough bandwidth for all users to have a good experience while using the internet.

If this type of management needs to be in force at all is another matter. However, some may question why many ISPs only force such control on the two types of traffic that are synonymous with copyrighted material, BitTorrent and Newsgroups.

In this guide I'll be showing you exactly how to avoid this and make your torrent downloads go without a hitch!

Where is throttling applied?

One of the biggest UK ISPs, Virgin Media, apply their Traffic Management to both Peer to Peer (P2P) networks and Newsgroups which means that torrent throttling is definitely in place in what they call peak hours, this type of torrent and newsgroup throttling will be repeated around the world no doubt on your own ISP.

Different ISPs vary in their terminology but it seems the trend is for these peak hours to be ever extended to encompass more hours.

With speeds ever increasing and infrastructure ever expanding it seems strange for these restrictions to be ever growing and while not as severe as the US proposed two tier internet traffic system it does in some way relate in that certain types of traffic or data is restricted in speed whereas others aren't.

So while any transfer limits in place for total data transferred can't be bypassed there is a smart way to increase your chances of getting a better speed when downloading from torrents or newsgroups in peak hours bypassing the torrent throttling in place.

The simple way to do this is to encrypt the data passing through your connection, not only does this disguise the type of traffic being transferred but also sends it via ports that aren't typical with the type of protocol you're using.

How to avoid torrent throttling

This may at first sound complicated but the best and simplest way to do this is to sign up for a service known as a Virtual Private Network (VPN). Not only can this encrypt the data you transfer on the fly but it also sends this data to a third party server before passing it on to the wider internet.

Although it is possible that encryption can slow down data transfer in our tests and in general using a good and reliable VPN provider does not lead to much (if any) noticeable speed loss.

Any speed loss through using a VPN service is likely to be minor and will in general still give a far greater download speed than without one if you find yourself affected by Traffic Throttling or one of the other numerous terms given.

You may be wondering if there is any complicated process or set up involved and that is one area which is surprisingly simple.

There is a manual set up process but luckily the above three providers offer apps which is just simply a case of downloading, installing and then within a few clicks connecting to a server close to your location.

Once connected all the traffic between yourself and the VPN server is encrypted meaning that your ISP does not know what type of traffic you're transferring, as far as they can tell it is just a secure connection and nothing more.

Due to this, they don't know it is torrent or newsgroup traffic thus resulting in an inability to slow down that traffic.

For those concerned about receiving DMCA notices, especially in the US would be wise to heed the advice given by former-LiquidVPN owner, David Cox.

Well, I would highly suggest anyone downloading torrents with possible copyright issues to choose anything but USA and ideally UK even if their VPN provider allows P2P on all servers.

The reason being is when a DMCA comes down we are required to at the very lease block the port the transfer is taking place on. When this happens torrent clients like uTorrent look for the next route to the internet.

For whatever reason instead of switching ports it usually just routes over their home IP address. So it is entirely possible that a user could still get a DMCA notice from their ISP even know the download started on a VPN connection.

The only 100% full proof method of safely using a USA/UK VPN connection for copyright P2P downloading is to block this unwanted behaviour. The most effective way to do that is with a 3rd party firewall like Comodo's free personal firewall.

As said earlier if you have data transfer caps which affect all traffic then it won't bypass those but it will definitely bypass any torrent throttling or newsgroup traffic throttling that your ISP has in place.