How to Bypass Sky Broadband Shield 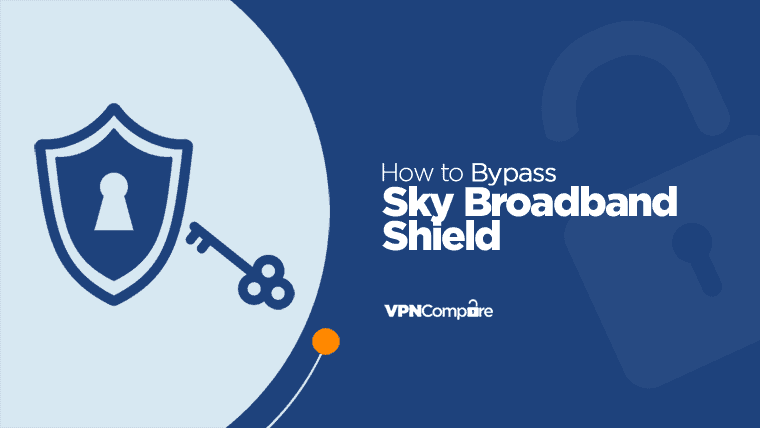 Sky Broadband Shield is fantastic for protecting the kids but it is the bane of many adults’ existence as well.

It is an excellent tool if you've got children, but if you're an adult wanting to access a variety of content without restriction, then it can be a little overzealous.

Unfortunately, Sky Broadband Shield comes turned on by default, which means that when you're trying to access certain websites, you're blocked.

In this guide, we're taking a look at a simple and effective way to bypass Sky Broadband Shield in just 5 easy steps.

The tools you'll need to avoid it

You browse the web, and you find a website you want to visit, but, for some reason, Sky Broadband Shield decided to block it.

So, you start to wonder if you can bypass it somehow.

Most often, you won't have the possibility to simply turn Sky Broadband Shield off, but, thankfully, there is an extremely simple way to bypass the blocks put in place by the shield.

All you will need to bypass Sky Broadband Shield is a VPN.

A VPN stands for Virtual Private Network, and it allows you to create a secure internet connection to another network.

To put things simply, it creates a tunnel where the data can be sent and received safely and anonymously. So, you're basically invisible and impossible to track (for most people and pieces of software).

You can get a VPN as a small app for your device, and it will help disguise what you do on the internet.

Coming back to your initial problem – while using a VPN, Sky Broadband Shield also won't know what you're accessing; therefore, it won't be able to block you.

Instead of seeing this:

You will see the content you wanted to watch, read or view. All you need is to use a VPN.

Where to Get a VPN to Bypass Sky Broadband Shield

VPNs are intended to protect your online privacy, with other features, such as bypassing geo-blocking, being nice benefits.

Since online safety is getting only more and more important in today's digitalised world, it means there's also the increasing number of VPN services to choose from.

How can you pick only one?

Luckily, any VPN service will be suitable if you only want to bypass Sky Broadband Shield, and even a quick peek on the Google search results for the term ‘VPN' will provide you with thousands of choices.

We admit, it can be a little confusing, so we are here to recommend you several VPN providers.

We've been testing a range of VPN services to find out which are the best, and the following three are our recommendations to bypass Sky Broadband Shield.

All three providers offer a reliable and fast service and, most importantly, let you bypass Sky Broadband Shield.

If you've got time to look around, then taking a look at all three to find out which is most suitable for your needs would be the best bet. However, if you really need it fast or simply don't want to do any online research, we recommend ExpressVPN.

How to Use the VPN to Bypass Sky Broadband Shield

Now that you've signed up for one of the VPN providers mentioned above, you will need to download their app on your chosen device.

All three providers we recommend offer apps for Android and iOS tablets and phones, as well as Windows and Mac computers.

ExpressVPN even has an app specially-designed for the Amazon Fire TV and Fire TV Stick, so if you find, for example, a stream or a Kodi add-on blocked, then it would also be suitable.

You can download your VPN provider app from any regular app store. 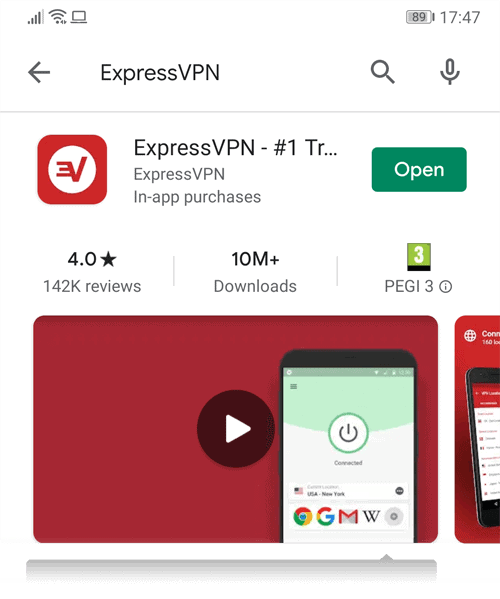 You can also get the software for your computer directly from the VPN provider website under the apps section.

Once you've downloaded and installed the app, you will need to log in with the details of the account you created when signing up.

Then, you should choose a ‘VPN Server' and press ‘Connect.'

A server is basically a computer located elsewhere that you access the internet through, and it's this server's IP that you are identified with online.

To bypass Sky Broadband Shield, you can select a server in the UK.

See the image below for an example in which we used ExpressVPN on a Windows computer.

Once it's connected, anything you do online on your device remains private.

All the data is encrypted, which means that no one can see what you are doing, or check if it even is you. This includes Sky Broadband Shield as well.

All anyone can see is a private connection between you and the VPN provider's server. It may be possible for some to know you're using a VPN but not what websites you visit, the videos you watch, or the people you talk to.

As a result, since you can't be seen nor identified, it is impossible for Sky Broadband Shield to block you. And you're happily free to access any content that was previously blocked.

You can learn more about how to use a VPN with your Sky internet package here.

The Disadvantages of Sky Broadband Shield

OK, there are some positives to Sky Broadband Shield, but they all start and finish at families who use the internet.

If you've got kids, then great, it will protect your little nippers from accessing some inappropriate content. But if you don't have any children in your household, Sky Broadband Shield is not only essentially useless but also highly irritating.

The only benefit is its malware production, but you can get the same, or even better, by using a VPN service, or antivirus software.

Probably the worst thing is that it comes already enabled, and you can't really change your Sky Broadband Shield settings. And not only that – its age rating is 13 by default.

It means that any content that is deemed unsuitable for someone younger than 13 is blocked.

If you want to know more, the website blocked.org.uk run by the Open Rights Group rounds up and lets you search for blocked domains.

These include everything from Crochet Knitting to Sexual Health and all the content misjudged and blocked in between.

…and Finally…. Think of the Kids

If you are concerned about the kids, you will be happy to hear that since VPN services allow you to access content blocked by Sky Broadband Shield, the majority of these providers only accept payments by means that are accessible for people over 18.

It's true that Sky Broadband Shield can help you protect the little ones when they go online, but it's also fallible and can be extremely irritating to adults.

It is very often the case that websites that should be blocked aren't, and those that kids should be able to view get blocked by mistake.

Take, for instance, a teenager who wants to research a question related to sexual health and sex education but is too scared to talk to their parent or a doctor. If such information is wrongly blocked, which so often is the case because it contains sexual terms, how will that teenager source the information they need?

Keep in mind that you can always bypass Sky Broadband Shield simply by using a good VPN; it's beneficial, especially since it comes with a whole range of other advantages (anonymity, online protection, or a possibility to bypass geo-blocking).

Now that you know how to bypass Sky Broadband Shield, get yourself a VPN service by clicking the button below and following the instructions mentioned earlier in this guide.