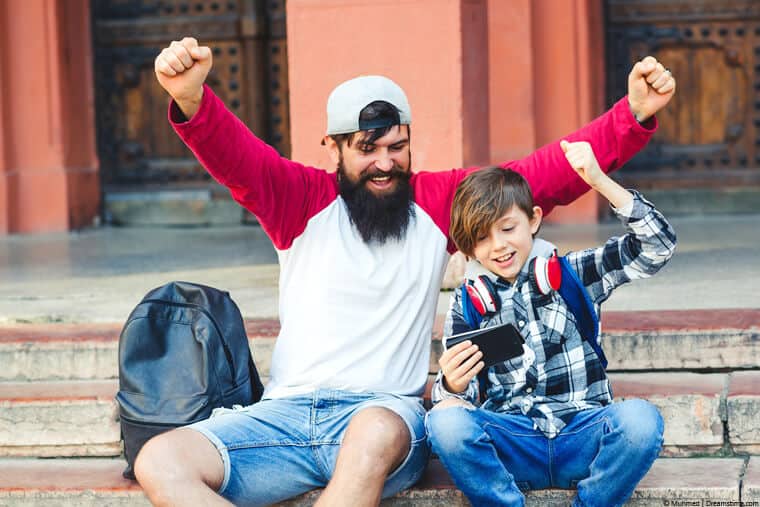 No matter where you are in the world having access to your favourite sport is a necessity.

With the explosion of the internet over the last ten years we evermore demand access to live games both on our computers and also mobile devices like phones and tablets.

So if you're an NBA, NFL or MLB fan and pay for one of their online live streaming packages, one of the most annoying things about them is blackouts.

In this guide I'll be showing you how you can avoid any of them.

What are sports blackouts?

You may be surprised to be reading about this on a “.co.uk” website by a British writer but for years as a child growing up, my father made a conscious effort to record the Super Bowl each year and so my passion for American sport began which continued with weekly battles between myself and my dad on the various John Madden Football games (ahuuu ahahhh!).

You may find it even stranger that with the international “NFL Game Pass” we even suffer the dreaded blackouts over here in the UK which also extends to Canada and the Republic of Ireland.

So it started me thinking and I spoke with a few of my US based friends who confirmed that over the range of sports from the NBA to NFL and MLB all in some way are subject to blackouts for teams that are in your local market.

The concept for this is rather strange not only because most of you are paying up to and over $100 per season for the privilege of watching live games, but you're not even able to see your local team for this princely sum.

Blackouts can cover a wide range of teams, for example, the whole of Iowa includes 6 MLB teams including the Cubs, Brewers, Royals, Cardinals, White Sox & Twins.

Regardless of where you're located either in the US or one of the many other countries such as Canada, Mexico, Antigua, American Samoa, Bermuda, Guam, Puerto Rico, the US Virgin Islands or the Bahamas you will most likely fall into a blackout area for your favourite team.

This led me to wonder if there was a blackout workaround.

How to avoid blackouts

After some trial and testing with my US based friends, I discovered that one way to get around blackouts for each league is to get yourself a VPN (Virtual Private Network).

A VPN is a cheap paid for service that allows you to connect to another location, thus masking your real area. For those of you who have just clicked, what this will enable you to do is appear as if you're in another state which circumvents the blackout requirement for your local area.

The process is straightforward. Once you have signed up to a service, they provide simple software that then allows you to connect to an out of state (or even out of country) server which then shows as your visible location to either the NBA League Pass site, MLB.tv or NFL DirecTV applications.

There are a lot of VPN services to choose from, but I recommend:

In our testing, we found them to be the best.

Once you've signed up to one of them, download their app and connect to either another state or another country.

Then login to your streaming account like usually and you'll be able to watch any blacked out games.

There are plenty of other good VPN providers, so if you want to shop around then check out our VPN Comparison Table to compare over 20 providers and what they offer.

Now get on and enjoy your live game!

When it comes to Major League Baseball (MLB), there are several blackout rules.

One such rule says that televising games have priority over national broadcasts, as long as the game is in the local broadcaster's market.

One example of this was when TBS broadcast Atlanta Braves games both, nationally and internationally, in Canada.

Meanwhile, if a market has its local team playing during a weekday, and the game is shown on a local station, another game that is scheduled at the same time will be subject to an alternative programming feed.

This is something that tends to happen for ESPN or ESPN2, and so ESPN can have as many as three of these ‘co-exists' per season for each team.

However, ESPN2 does not allow co-exists of Monday night games, which ESPN does, and so ESPN2 games will be blacked out in the home team's market.

Another rule by Fox says that the company has rights for MLB games that take place on Saturday afternoons, which is the same rule that ESPN reserves for Sunday night games.

The rule is that broadcasters can't show games of in-market teams, no matter where the game takes place. As a result, they will be blacked out, so that people would watch out-of-market games on Fox or ESPN, which brings more excitement.

In fact, they are the strictest TV blackout policies among the four major professional sports leagues of North America.

Until 2014, one of the rules of the NFL blackout policy said that home games cannot air in the team's local market unless at least 85% of the tickers are sold out 72 hours before the start of the match.

In other words, the teams had to attract a lot of attention early on in order to get their chance to reach the TV. It is also worth noting that the NFL is the only sports league that required the tickets to be sold out in order for the game to be aired, even locally.

The NFL is also the only one that has an anti-siphoning rule in the local markets of all teams.

The league will sell syndication rights of all local teams' night games that take place on Monday and Thursday, to a local over-the-air station per local market.

Whenever a local team plays a game under these conditions, the respective cable station is required to be blacked out.

Next, there is an NBA blackout policy, which affects locally televised games, which are unavailable for viewing on NBA League Pass. This affects local NBA teams, as well as all nationally-telecast games.

However, since blackouts are specific to the viewer's location, changing the location also changes the locally-televised game.

The NBA determines the viewer's location based on:

However, an individual can still watch the blacked-out games on NBA League Pass on a regional sports network, or the national TV network.

Some of these content providers might also have their own dedicated streaming apps that allow watching of blacked-out games.

The NBA League Pass also makes the audio of blacked out games available, and so do the local radio providers.

What other sports suffer blackouts?

While the mentioned blackouts are among the most common ones in the US, they are certainly not the only ones.

Another example includes the National Hockey League games, at least when it comes to those that are not scheduled as national broadcasts by TVA Sports or Sportsnet.

These games are blacked out for all viewers who live outside of the participating teams' home markets.

There are also examples of smaller sports, such as boxing on HBO, which is blocked on streaming devices. Similar rules affect things like the MMA, Martial Arts, Soccer, and even College Sports.

Now you know that by using a VPN you can avoid blackouts you need never miss your favourite team again.