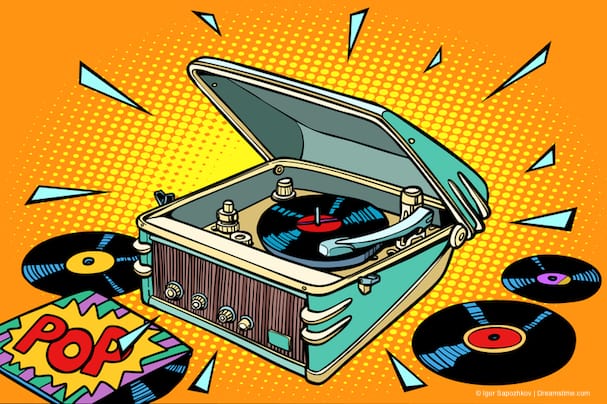 Have you ever heard of BTS? If not, then you are presumably not a fan of K-Pop, the Korean Pop Music scene which attracts legions of adulating fans from across South-East Asia and beyond.

Yes, there is a lot more to Korean pop music than just Gangnam Style. It is massive scene and one of South Korea’s biggest exports. And right now, BTS are the kings of the K-Pop castle.

But as well as producing some annoyingly catchy pop songs as well as some of Asia’s biggest heart-throbs, K-Pop has also spawned one of the most innovative uses of a VPN we have come across to date.

BTS is a seven-member South Korean boyband also known as the Bangtan Boys. They are a manufactured pop group who first emerged in 2013 and made a commercial breakthrough in 2015.

For a K-Pop Group that is an impressive achievement in itself, but this weekend they blew that out of the water. BTS ended last week at number 2 in the Billboard Artist 100 charts, a new record high placing for a K-Pop act.

So, how has this remarkable feat ben achieved? Well, a bit of research suggests that it is all down to social media and VPNs.

One of the reason’s BTS has managed to become such a phenomenon in South Korea and South-East Asia is thanks to its huge success on social media.

They have a massive social media presence, and this has been recognized beyond South-East Asia. In March 2016, Forbes listed them as the most retweeted artist on Twitter for that month, ahead of such names as Kanye West, Justin Bieber, Ariana Grande, and Harry Styles from One Direction.

They have also topped the Billboard Social 50 chart, which ranks the most active global artists on social media.

In 2017, it was revealed that BTS had been liked or retweeted more than half a billion times during the course of that year. That’s more than Justin Bieber and Donald Trump combined! This astonishing level of social media success is down to their huge online fan base which refers to itself as the #BTSArmy.

And the #BTSArmy is organised, passionate, and committed to promoting BTS in any way they can. Getting to the top of the charts in the USA is seen by many music acts as the pinnacle of chart achievement. And the #BTSArmy appear to have been determined that their group should get there.

They have therefore made a concerted effort to use streaming to achieve this. This year, the Billboard charts have adjusted the weighting given to subscription streaming services. Both subscription audio streams and ad-supported audio streams now count towards chart placements.

The #BTSArmy were clearly aware of this and at some point (my Korean isn’t good enough to be able to ascertain where) they decided to work together to use this change to push BTS up the Billboard Charts.

But, there was a problem. Most of the #BTSArmy are based in South Korea, Japan, and other parts of South-East Asia. But to count towards the Billboard charts, streams had to take place in the USA.

This is where VPNs came in. A search of Twitter will reveal countless tweets advising the #BTSArmy to use a VPN to switch their IP Address to a US-based one and then stream their songs.

By using a VPN, such as IPVanish or ExpressVPN, #BTSArmy fans are able to fool streaming services into thinking they are in the US by changing their IP Address. This means that they are able to help their band move up the US Charts even though they are not actually in the USA.

BTS are not alone in using this technique. Other K-Pop bands such as GOT7 have also tried the same technique. And there is no reason why such an approach couldn’t work for British bands too.

Chart campaigns are pretty common here too. For example, after the death of George Michael in 2017, there was a concerted effort to get his band Wham’s song Last Christmas to the top of the charts.

By using a VPN, it is possible for fans around the world to support such campaigns. The #BTSArmy has proved that VPNs can be used to get your favourite band to the top of the charts.