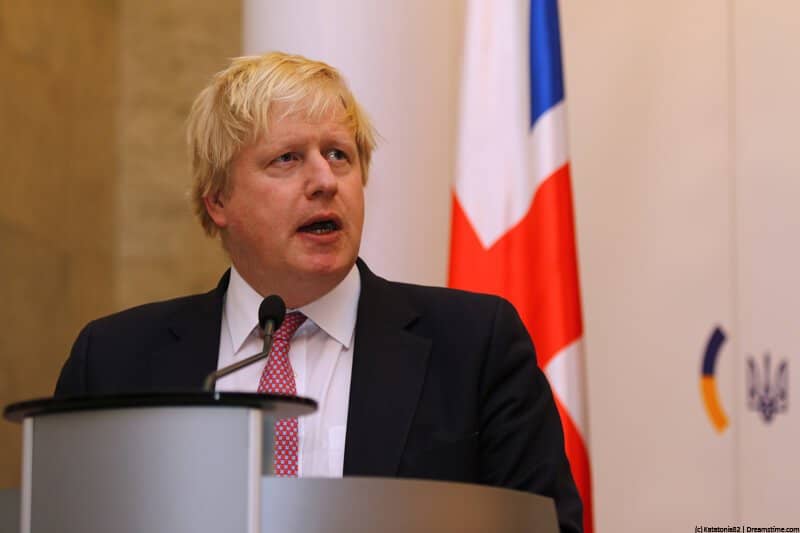 An ongoing case at the High Court in London has revealed that British Prime Minister Boris Johnson conducts much of this vital government work via WhatsApp.

Court papers have revealed that many of the crucial government papers, often related to national security matters, which all Prime Ministers have to read and sign off on, are shared with Boris Johnson not in the usual red boxes but via WhatsApp.

The case has been bought by serial litigators the Good Law Project, along with the digital rights campaign group Foxglove.

They argue that “government by WhatsApp” poses a danger to national security and means that laws on public record keeping are being broken.

The government refutes this allegation, stating in court that there are established secure channels for handling sensitive information and all decision-making is logged and recorded.

The revelations came about in court papers released at the start of a three-day Judicial Review hearing.

Documents presented at the start of that process revealed a number of quite startling ways in which the Government is routinely using WhatsApp for sensitive communications.

They revealed that from 2020 onwards, Prime Minister Boris Johnson has been routinely sent a summary of the contents of his red boxes, including diary appointments, on WhatsApp.

WhatsApp messages between Boris and his former senior aide Dominic Cummings were also shown in court. Despite these messages dealing with sensitive government matters pertaining to the COVID-19 pandemic, it was confirmed that there was no official record of these messages.

Use of WhatsApp for such sensitive government matters is somewhat concerning when you think about the security issues that the service has.

Not only is it owned and operated by Facebook, the data-hungry social media site, there have also been a number of security flaws identified.

This included one vulnerability in its group chat function and issues with its encryption that have been flagged by Telegram founder Pavel Durov among others.

As a result of this revelation, his WhatsApp messages were wiped in April 2021, which is one of the actions which has triggered this court case.

Telegram is a service often touted as an alternative to Whatsapp but its out-of-the-box lack of end-to-end encryption and the fact it stores messages on centralised servers regularly lead to negative comments.

One service that does get the thumbs up from security professionals is Signal.

Government use of Signal

If you are not already familiar with Signal, it is an instant message service just like WhatsApp. But it is inherently more secure.

It doesn't share user data with Facebook for a start, but it also offers disappearing messages, features to hide your IP Address, and it doesn't automatically back up data to an insecure location.

The court case revealed that Boris Johnson and other senior members of the Cabinet had downloaded Signal onto their devices. But the feature that allowed message deletion is clearly a problem for transparent government and it has since been deleted from all devices and the Number 10 app store.

It was also revealed that at least one of the six senior civil servants in the Cabinet Office had used Signal on their personal smartphones to communicate with colleagues. It was not revealed who that person was and what they were communicating about.

Signal is undeniably the most secure instant messaging app and a far better alternative to WhatsApp if the Government is going to use such a service.

It is also open source which means it is quite feasible for Government to create a version that does not allow the deletion of messages if this is the only stumbling block.

It is certainly a far preferable alternative than WhatsApp which is both less secure and requires sensitive information to be entrusted into the hands of Facebook; never a good idea.

Does Government routinely use VPNs?

One online security and privacy tool that has not come up in the case so far is a VPN.

If Boris is going to be conducting sensitive government business on his mobile phone, it would be a very sensible idea for him to ensure that he is using a VPN when doing so.

A VPN will ensure that everything he does online is encrypted, not just the instant messages. And it will also help him to ensure that all his online traffic is secure from hackers and government spies (from other countries of course).

Should Boris and co. be using Whatsapp? Let me know your thoughts in the comments below.