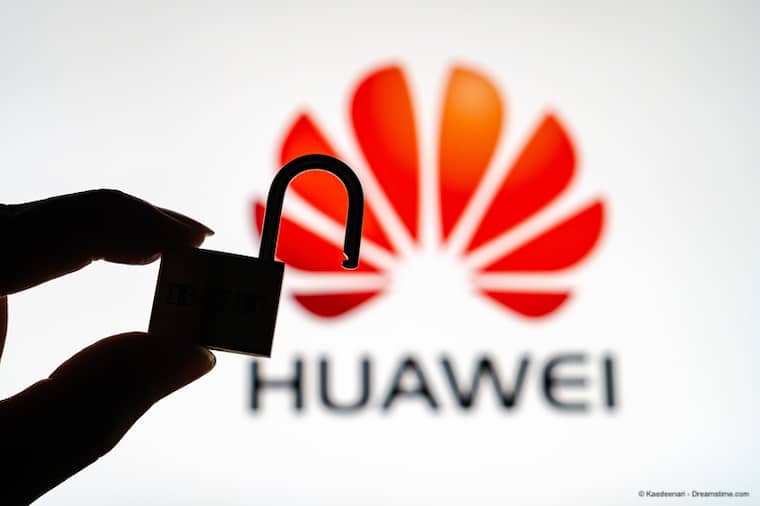 In the UK, the name Huawei is now synonymous with tech controversy.

The Chinese tech company, which experts now believe is essentially controlled by the ruling Chinese Communist Party, has been blacklisted in the USA. In the UK, their potential involvement in the new 5G network has already led to the removal of one government minister and a minor political scandal.

There is now speculation that British Prime Minister Boris Johnson is prepared to let Huawei play a role in what will be the main form of telecommunications in the UK for a generation.

If those reports prove accurate, the decision will be spark yet more controversy.

His own Education Security, Gavin Williamson, who was sacked as Defence Secretary over the initial Huawei discussions will likely raise at least one eyebrow. US President Donald Trump, who is currently leading the fightback against Communist China’s manipulation of global trade for its own economic benefits, will likely be even more forthright in their views.

But most telling of all will be the response of global cybersecurity experts. And if recent comments are anything to go by, this is likely to involve them throwing their arms in the air in exasperation.

Why Huawei is a threat to global security

If and when Boris Johnson does announce that Huawei is going to be allowed to be involved in the UK’s 5G network, the arguments he is likely to use to defend the move are pretty clear.

He will say that Huawei is a privately-owned company with no links to the Chinese state and that they will only be allowed access to non-contentious parts of the 5G network.

If this is indeed the defence used, it displays a chronic misunderstanding of how Communist China works.

Firstly, Huawei is not a private company. As recent research has shown it is majority-owned by a Chinese trade union. In China, all trade unions are beholden to the Chinese Communist Party, which effectively makes Huawei a state-owned enterprise.

If that wasn’t enough, then don’t forget the recent changes to China’s intelligence and security legislation. These require all Chinese companies to comply with any requests made by intelligence and law enforcement agencies for data and intelligence on any individual or enterprise they work with.

In other words, if Chinese intelligence wants information about the UK’s 5G network, Huawei is legally obliged to provide it. This extends to handing over any and all user data it might be privy to as well.

Handing Huawei carte blanch to pass this information back to the Chinese Communist regime appears on the face of it to be a huge national security risk. But Huawei is cheaper than all of their competitors (I wonder why) so it all depends on where Boris Johnson’s priorities lie.

The proliferation of Huawei devices

If you go into any UK mobile phone shop these days, you will find no shortage of Huawei smartphones sat on the shelves next to their Samsung and Apple competition. In the Vodafone shop I recently visited, staff were actively pushing Huawei phones over other devices on the basis that they were cheaper.

Is this something that we should be worrying about? Surely individual smartphone users are not a target for the Chinese Communist regime in the same was a national network might be?

Well according to at least one cybersecurity expert, they are.

Samantha Hoffman is a Chinese security analyst at the Australian Strategic Policy Institute (Aspi). She has recently been interviewed by the UK’s Guardian newspaper and went into some detail about the terrifying surveillance state that has been used to turn East Turkestan / Xinjiang Province to a virtual prison for the local Uighur Muslim population.

On this issue, she warns of a recent deal signed by Huawei and Turkey’s main mobile phone operator Turkcell. There are around 10,000 Uighur Muslims living in Turkey and she warns that Huawei will be sending details about them back to China where it is likely to be used to harass and even imprison their family members.

She warns that signing deals with Chinese tech companies like Huawei makes such data-sharing with Communist China inevitable. She is then asked whether we should all be cautious about buying Chinese smartphones and technology.

“You don’t really know how that data is being collected and potentially used to shape your opinion and shape your decisions, among other things,” she continues. “Even understanding advertising and consumer preferences can feed into propaganda. Taken together, that can be used to influence an election or feelings about a particular issue.”

Why neither you or the UK government should buy Huawei

She is absolutely right. If you buy a phone manufactured by Huawei, Oppo, or any other Chinese-owned company, you are essentially giving that company permission to share anything you do on that device with the Chinese Communist regime.

That means all call and messaging data, emails and WhatsApp messages, social media and app use, and everything else.

It is exactly the same with the UK’s 5G network. Let Huawei in at all and you are essentially letting the Chinese Communist regime in too.

If Boris Johnson isn’t aware of this, he should be. If he is and decides to let Huawei in anyway, he is guilty of a major dereliction of duty and is potentially placing the UK’s national security at risk to save a few quid on the 5G bill.

Should the UK Government be buying Huawei technology? Absolutely not.

Should you? Once again the answer is a flat no. Unless you are happy to let Communist China watch everything that you are doing.