Best VPN to protect you from the Investigatory Powers Bill 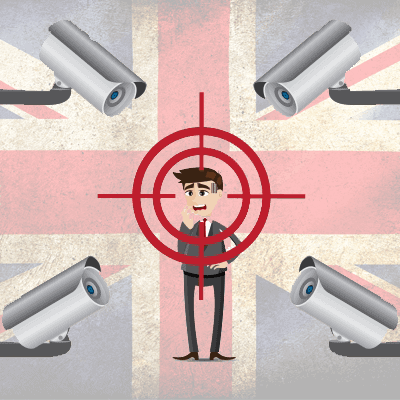 The UK has finally announced a draft law known as the Investigatory Powers Bill (IPB) a bill that was originally dubbed the Snooper’s Charter due to its invasive nature.

The law has far and wide reaching consequences for UK citizens who use the web and with 86% of all UK adults now accessing the internet the law is a huge game changer in the privacy of online access throughout the United Kingdom.

Previous to the bill there was no requirement to log the actual websites that users visited but with the new changes government agencies will now have the ability to store and log every website you visit for 12 months.

Although the government state that the actual pages on the websites you visit won’t be stored my concern would always be the safety of such logs. As has been seen before hacking and widespread data breaches are commonplace and anything stored has the possibility of being illegally accessed.

Luckily this massive invasion of your privacy can be defended against by using a simple system called a Virtual Private Network.

A VPN allows you to route your connection in an encrypted manner to another country and by using a VPN provider such as IPVanish who store no logs means there will be no record of what websites you visit or what web pages you use when visiting those sites. VPNs are totally legal and encryption allowed.

Below I’m going to look at the Best VPN to protect your from the Investigatory Powers Bill and defend against the widescale logging that is likely to now take place.

Top 5 VPNs to protect you from the Investigatory Powers Bill

IPVanish is the ultimate choice when it comes to protecting yourself from the Investigatory Powers Bill.

Their Tier-1 network is one of the fastest available meaning their service works effortlessly in the background with no noticeable slowdown of your connection.

Using a VPN can have a minor impact on your speed but thankfully IPVanish have a fast network which they own fully. In our speed tests, they regularly feature top.

To avoid your web usage being logged and keep good speeds it is important to use servers in local countries. Luckily IPVanish has a wide selection and heavily privacy orientated countries such as Iceland and Switzerland will make ideal choices.

Other countries good for UK use available via IPVanish are the Netherlands, France, Romania and Sweden although with 34 countries available in Europe you have a large choice.

IPVanish has software for Windows & Mac with apps for Android & iOS. A 7-day money back guarantee is also available allowing you to test the service risk-free. Users are able to use the service on up to 2 devices meaning both your desktop and a mobile device can avoid IPB regulations.

ExpressVPN is one of the largest providers in terms of countries available to connect to. For those wishing to avoid the logging requirement that the Investigatory Powers Bill brings then ExpressVPN make a good option.

With servers in over 100 locations and 78 different countries it gives you a massive choice of locations to avoid the IPB. Europe is well covered and Sweden, Switzerland and Iceland make for good locations for privacy.

There are plenty of other locations including many in Europe with France, Germany, Spain, Netherlands and Norway all being close enough to the UK to allow you decent internet speeds.

ExpressVPN is easy to use via their custom software for desktop systems and mobile devices and while not quite as fast as the above provider they do offer a massive 30-Day money back guarantee allowing you time to test the service fully and decide if it’s suitable for your needs.

ExpressVPN has some far flung locations available such as the Bahamas, Panama and Hong Kong so if you want to take your browsing to an off-shore jurisdiction and take a speed hit but increase your privacy then this is certainly an option.

If you’re looking to avoid your website browsing being logged then VyprVPN could certainly be a good choice. If you’re a little unsure on how a VPN works then their service offers a 3-Day trial after entering your payment details and if cancelled before the trial expires then you won’t be charged.

For those looking to experience VPN use without commitment, it makes a good choice.

Like the above providers VyprVPN have servers in Switzerland and Iceland which are great for privacy. A large handful of other European countries are available to connect to with other options in North America, Oceania, Asia, Central and South America, and the Middle East.

VyprVPN is slightly more pricey than the other providers but does have a nice suite of software and apps making connection simple and effortless.

Unlimited usage is allowed with between 1 to 3 concurrent connections allowed depending on which package you sign up for. This allows you to use the service on more than one device.

LiquidVPN value privacy and so for thwarting the 12-month website logging requirement of the Investigatory Powers Bill they make a worthwhile choice to consider.

The network has been expanding recently but still falls short compared to the providers listed above. While smaller in size LiquidVPN is one of the fastest providers and with servers in the Netherlands, Switzerland, Germany, Sweden and Romania there is enough choice across their speedy network to satisfy UK users wishing to protect their privacy from the IPB.

Pricing is slightly cheaper than most providers when taking a yearly package so if you’re after saving money while protecting your privacy then they make a good option.

Privacy aficionados will appreciate the unique Modulating IP system that LiquidVPN offer which rotates the IP Address you access from on a constant basis.

Although LiquidVPN doesn’t currently have Android or iOS apps they do have custom Windows and Mac software for desktop systems making connection easy and effortless.

VPN.ac based out of Romania offer users the ability to avoid using a US based provider. Romania is known to be highly privacy orientated and data retention is fiercely opposed.

Although Romania is under EU law the new Investigatory Powers Bill is restricted only to UK-based CSPs and as such using VPN servers provided by VPN.ac will allow you to tunnel out of UK requirements and avoid having your website usage logged.

VPN.ac have a smaller selection of worldwide servers available but Europe is covered well and servers in Luxembourg, Switzerland, Sweden, Netherlands, Romania and France will allow you to keep good internet speeds while avoiding the requirements of the IPB.

On a monthly basis VPN.ac is comparable to other providers in pricing but when taking a yearly service they are one of the cheaper providers.

VPN.ac allow 5 concurrent connections meaning the service can be used across the whole family from the one account saving you not only money but ensuring your privacy against the IPB family wide.

Having the choice to protect yourself from the requirements of the Investigatory Powers Bill can only be achieved by the use of a VPN.

By utilising a VPN all of your data is encrypted from your computer or device to the wider internet making it impossible for authorities to store your web accessing data.

VPN services are available widely by thousands of different companies and discovering the good ones in a market with some not so good providers can be a difficult job. While IPVanish is our recommended provider the other 4 listed providers also offer good alternatives so feel free to take the time to consider and visit all providers to see which is most suitable for your needs.

If you’re overwhelmed then we recommend selecting IPVanish as they are extremely easy to use and with our other noted plus points they make an ideal choice for those looking to protect their privacy from the UK’s Investigatory Powers Bill.

Image courtesy of iosphere at FreeDigitalPhotos.net