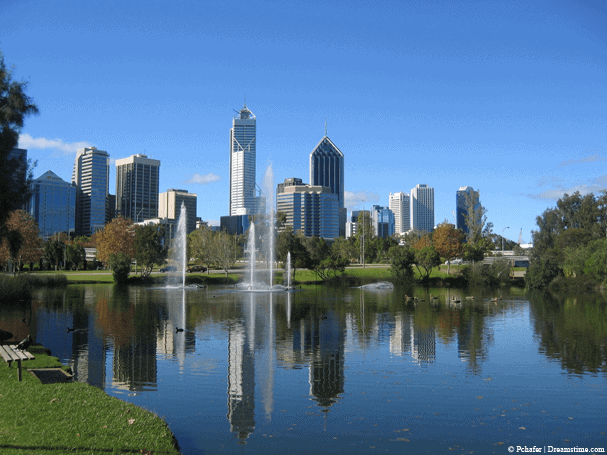 In this article I’ll show you the best VPN provider to use if you’re looking for a Perth VPN server.

Finding an Australian VPN server can be hard enough at times. Even though there are millions of internet users who value privacy in the land known as “down under” unfortunately Australia is often overlooked by many VPN providers and there are only a select few who offer any kind of server locations in Australia.

The bulk of these are usually in Sydney and if you’re lucky you may find a handful in Melbourne too but apart from that it’s almost impossible to find any other location in Australia covered especially Perth.

The good news is there are a handful of providers who have servers in Perth and in this article I list a selection of the best.

Below is a little more detail about both providers.

VyprVPN is the best choice for Australia and have 3 servers locations across the country in Perth, Sydney and Melbourne.

There is also a range of server locations in nearby locations such as New Zealand, Indonesia, Singapore, Malaysia and even the Marshall Islands which will be useful for other purposes.

Their dedicated Perth VPN server will be great to ensure your privacy is secure and the speeds achieved optimal.

If you want to move further afield then both the Sydney and Melbourne servers make good choices.

VyprVPN offers a 3-day trial and costs US$6.67 when taking an annual package or $9.99 if you choose to pay monthly.

PureVPN has VPN servers in Perth, Sydney and Melbourne.

Further afield servers in Wellington and Auckland are available in New Zealand which should also offer good speeds from Perth.

PureVPN costs US$4.99 per month when taking an annual account or $10 per month if you opt to pay monthly.

PureVPN offers hundreds of different payment methods from the standard such as credit cards and Paypal all the way through to Alipay, Bitcoin, CashU and more.

There is a range of good providers that offer servers in Australia as a whole including IPVanish, ExpressVPN, NordVPN and Proxy.sh

Some offer servers in Sydney and Melbourne and others don’t specify so it’s possible they do have Perth based VPN servers but just don’t mention the fact.

Top Reasons to use a Perth VPN Server

There are many reasons using a Perth VPN server is advantageous if you live in Perth or Western Australia and below I’ll explore just a few of them.

When using a VPN service the encryption to secure your privacy makes the speed of your internet connection take a hit.

Furthermore, the distance between yourself and the VPN server also increases latency which results in more of a speed loss.

If you’re in Perth and you use a server in Sydney then the data has to travel this massive distance back and forth for the entire time of your connection.

Using a Perth based VPN server massively reduces this distance and so you’ll see greatly improved speeds by using a Perth VPN server from the likes of VyprVPN or PureVPN than you would using a VPN server in Sydney or further afield.

Distance greatly reduces reliability. The further data has to travel the more points it has to pass through and if any of these have issues then you could see issues with both speed and reliability.

Perth is relatively isolated from the rest of Australia and so infrastructure, especially in some more rural areas that can have slow internet or make use of mobile connections need increase reliability.

By using a VPN server in Perth you will hugely increase your reliability.

I briefly touched upon latency in regard to speed and when downloading you’ll surely notice a difference using a Perth VPN server.

One area you’ll notice high latency is when using services such as online gaming. The difference between you shooting and it registering a kill on the game server can be huge especially if you’re using a VPN server that isn’t local.

By using a Perth VPN server you’ll ensure you’ve got the lowest possible latency and as such have the best possible gaming experience or when using other services that require fast data transfer.

So why not grab yourself a service that offers a Perth VPN server by clicking the button below.