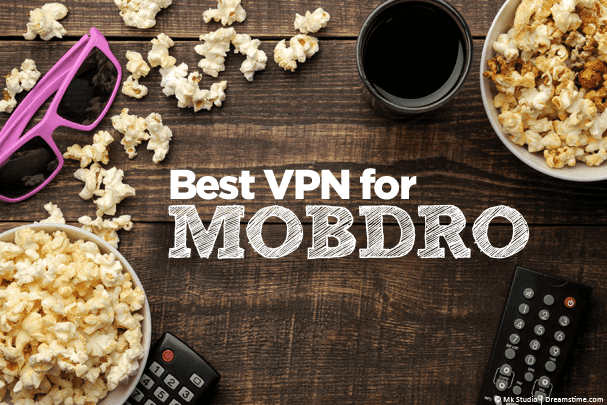 Recommended VPN: Get the best VPN for Mobdro, ExpressVPN.

If you have an Android device and are a big fan of streaming video, then you have probably come across Mobdro.

It's called the new Kodi by some, but actually, Mobdro has been around longer and works in a very different way. Mobdro scans the internet for free video streams then helps users connect to them.

One similarity Mobdro does have with Kodi is that it is highly advisable to use a VPN when streaming on it. In this article, we are going to tell you everything you need to know about using a VPN with Mobdro and also recommend the best VPNs for the job.

How to choose a VPN for Mobdro

The sudden spike in popularity of Mobdro has seen quite a few VPNs scrambling to position themselves as the best VPN to use with it. In truth, there are some specific features that most Mobdro users will need from a VPN and not every VPN ticks all the boxes.

So what should you be looking for from your VPN if you want to use it with Mobdro? The key features we would recommend are:

We have tested all of the top VPNs to see how they perform with Mobdro over the past few weeks. The results are now in and we can reveal the top 5 recommended VPNs for you to use with Mobdro. They are:

The best VPN to use with Mobdro, by some distance, is ExpressVPN. The best VPN on the market right now also offers everything you need to stay safe while using Mobdro.

ExpressVPN has a vast range of apps including beautifully designed and user-friendly apps for Android and Amazon devices.

These apps deliver lightning-fast connection speeds and crucially these speeds are consistent across their entire server network. Fast speeds mean you will always be able to stream content on Mobdro without buffering.

When it comes to encryption and privacy, few can surpass ExpressVPN. They offer 256-bit AES encryption as standard and combine this with a watertight no user logs guarantee which, with their base being in the British Virgin Islands, is one you can trust.

TIP: Check out our ExpressVPN review for more details

ExpressVPN also has a huge server network with servers in more than 94 countries around the world and multiple servers in all the most popular locations like the USA and UK. ExpressVPN offers everything you need from a VPN with Mobdro and performed superbly in all our tests.

IPVanish is another provider which has long been at the cutting edge of service for Android devices. They were one of the first providers to offer a dedicated Amazon app and their Android app is one of the best we have seen.

Another big bonus with IPVanish is the number of concurrent connections it allows. Each user can connect up to ten devices meaning you can stream content from Mobdro on several devices at the same time.

IPVanish also offers strong encryption and their no user logs policy is sound too. This means your privacy is assured when connected to IPVanish. They also provide a sizable server network with servers in 60 countries around the world. This is smaller than ExpressVPN but should still be sufficient for most users.

If you are on a budget and are looking for a great value VPN then NordVPN could be the one for you. Their subscription fees are considerably lower than either of the top two providers on this list, especially if you sign up for longer.

Low prices don’t mean you have to compromise on other areas either. NordVPN also offers a considerable server network with locations in more than 61 countries. Recent investment in this network means NordVPN also offer super-fast connection speeds too.

Their encryption is on a par with most other VPN providers and as they're headquartered in Panama means their no user logs guarantee is robust. Throw in some terrific apps for both Android mobile devices and Android TV and NordVPN offer a compelling service for Mobdro users.

If you are new to this whole VPN thing, then you will want a VPN which keeps things as simple as possible. CyberGhost VPN could just be that provider. Their excellent apps, which are available for Android, Android TV, and Amazon devices, are beautifully designed with new users in mind.

You can access most features with a single click which should ensure that you get the maximum possible connection speeds. This user-friendly service still offers strong encryption and proper privacy protections including a no user logs guarantee.

CyberGhost VPNs server network is of a decent size too and while connection speeds are not quite up there with some of the other VPNs on this list, they should still prove more than sufficient for most Mobdro users.

Another VPN.ac which ticks all the boxes for Mobdro users is VPN.ac. Their connection speeds are among the fastest we have ever seen which makes them ideal for users who like to stream content regularly on platforms like Mobdro.

Their encryption is excellent too. With 256-bit AES encryption and 4096-bit RSA authentication, they offer a level of security that most other mainstream VPN services don't match. Their encryption also comes together with a no users logs policy that can be trusted too.

VPN.ac has a great Android app and was one of the first to offer an Amazon app for Fire TV devices too. Their server network isn’t quite as big as some of their competitors either. But if speed and security are what you are after, VPN.ac delivers.

Why do I need a VPN for Mobdro?

There are several reasons why it is highly advisable to use a VPN with Mobdro and if you are already familiar with Kodi these will sound familiar.

By using a VPN, you can guarantee your online privacy when using Mobdro. A VPN hides your online activity from both your ISP and any other prying eyes. If you want to keep your Mobdro viewing habits to yourself, you need a VPN.

But even if privacy is not your primary concern, there is another compelling reason to use a VPN with Mobdro; content. By connecting to VPN servers in other countries, you can unblock content that might otherwise be unavailable to you. This can open up a whole new world of Mobdro streaming for you to enjoy.

With more streams available, a VPN means that you really can get the most out of Mobdro’s already excellent service.

Can I use a free VPN with Mobdro?

We would strongly advise against using any free VPN with Mobdro. There are all sorts of reasons why a free VPN is more likely to spoil your viewing pleasure rather than deliver any benefits.

Quite a few free VPNs have data restrictions which will severely limit the amount of content you can stream on Mobdro.

At the same time, almost all free VPNs are extremely slow either because they are over-crowded or merely offering a substandard service. If you don’t mind your streams being regularly interrupted by buffering, then fine, but for most people, this is the worst possible issue a VPN can cause.

Then there are the many risks involved in using a free VPN. Most free VPNs will log your online activity and sell this data to third parties. Others will also inject adware or malware into your browser which can not only spoil your streaming but put all your data and even your device at risk.

A premium VPN such as the ones we have recommended costs just a few pounds a month. When a top VPN costs just a small price, a free VPN is not worth the risk.

Can I use a VPN with Mobdro on a Firestick?

Yes, you can. Amazon Firesticks, Fire Cubes, and Fire TVs operate on an Android base which means that Mobdro works fine on them.

Most VPNs also offer dedicated apps for Amazon devices these days too. All our recommended services above have dedicated Amazon apps.

We would, however, stress that it is just as advisable to use a VPN when streaming on Mobdro through an Amazon device as it is on any other Android device.

Mobdro is enjoying a huge spike in popularity at the moment. While it is not the same as Kodi, with the pressure that Kodi is under right now, it is certainly attracting a lot of their followers.

One thing Mobdro has in common with Kodi is the need to use a VPN when streaming. We have explained the reason why VPNs are so crucial if you're a Mobdro user.

We have also revealed the results of our independent VPN tests which found that ExpressVPN is the best VPN provider for Mobdro users right now.

All of the five VPNs listed here will do a good job, but if you want to opt for the best, then ExpressVPN is the one to go for.

Ready to get a VPN? Try our recommended VPN for Mobdro.