Kodi, Kodi addons and builds continue to be the go-to source for entertainment content this year.

However, if you're looking to get more out of your set-up it can be an uphill struggle to get up to date information, right?

The good news is – it doesn't need to be a problem.

In this guide you'll learn which are the leading VPN apps this December to help you enhance your streaming system.

As with previous years, privacy is a huge issue for all online uses, not only Kodi and if you're looking for a decent VPN service then the choice can be overwhelming.

We've been delving through the vast sea of VPN services to find the very top choices for Kodi. This year our top pick is ExpressVPN, they offer that little bit more than the competition and their privacy provisions are head and shoulders above most.

As a Kodi user, you're already a pretty savvy internet user which means you'll probably want to check out a few VPN choices for Kodi.

That's why we've rounded up and ranked 5 of the very best. Scroll down to discover which are the best.

How to choose a Kodi VPN?

Choosing a VPN for use with Kodi is similar to many other uses but there are some important factors to consider. Whilst almost all VPN services will work with Kodi there are some that will give you a much better experience.

Considering these 4 features below will ensure you get the best service for your money allowing you to enjoy an even better Kodi experience.

Now you know some important features to look out for when choosing a VPN for Kodi, let's find out which are the best VPNs out there this year.

ExpressVPN is by far the top choice if you're looking for a good Kodi VPN.

They've got a fully-audited strict no logs policy which means your activity isn't recorded, allowing you to watch what you want and it's been confirmed true.

Unlike many other VPN services, this has been put to the test in a news story which broke in 2017, they couldn't get much more serious, you can read more about that here.

They're also registered off-shore in the British Virgin Islands which means they aren't bound by some of the regulations of providers registered in more spy-agency friendly countries such as the US and UK.

Their privacy protections massively standout allowing you to use Kodi or other streaming services without fear anyone is eavesdropping on what you're watching or doing and our speed tests prove they're one of the fastest.

The service also works perfectly with Real Debrid and they're even listed on their website as a service that is compatible.

ExpressVPN offers user friendly VPN apps for all devices running Android and iOS, Windows and Mac and even the Fire TV, Linux and more. This makes them suitable for the Nvidia Shield, Raspberry Pi and other types of Kodi boxes running those systems.

IPVanish is our second choice for a Kodi VPN and they're up there with the best when it comes to devices covered and privacy protections.

The service allows you 10 VPN connections concurrently, coupled with their no-log policy means what you do while using Kodi remains secure.

Apps are available for all major devices including the Amazon Fire TV so you can happily stream on Kodi while being protected. Download speeds are excellent and in our most recent review they're up there with the best of them. We also liked the kill switch that protects your privacy should the connection drop.

The service is listed as working with Real Debrid so if you're after those extra streams and wanting to be private at the same time you'll have no trouble here. They've also got 40,000 shared IP addresses available in 60 server locations to keep your viewing habits private.

Like the other services they have a 30-day money back guarantee to see the service working for yourself risk-free.

NordVPN offers a range of security features, not simply for using with Kodi and have become one of our favourite providers for securing your internet service.

They claim to offer a completely no-log VPN service and late last year they released an audit to their customers to prove their credentials. This makes them one of few who has allowed their claims to be publicly audited and should reassure you that their claims are sound.

There's a massive 30-day money back guarantee available which will let you test the service thoroughly to see if they work with the builds and add-ons that you use.

The service is listed as being compatible with Real Debrid so you'll have no issues if you're after those extra streams while remaining private.

The standout feature of NordVPN is their apps. They're well designed and simple to use, plus they're available for all devices including the Amazon Fire TV range making them suitable for most Kodi devices.

CyberGhost VPN is one of best VPN services this year for continued improvement. Although they've been around quite a long time they've invested heavily in their network and infrastructure making their offering much more attractive in 2020.

They claim to store no-logs of your activity and although this isn't proven with an audit there are no cases to disprove this either. After being around for so long that's definitely reassuring.

The service is listed on the Real Debrid website as working so if you're a user of their service you'll be able to link it up with CyberGhost VPN without an issue.

They recently released their new app range which supports every system including Android, Apple iOS, Windows, Mac and the Amazon Fire TV devices. So you'll be able to protect your Kodi streaming and unblock more content.

They even have ‘Streaming Friendly' servers which is a neat option idea for streaming content and will help you unblock some of the most popular services from across the world.

VyprVPN has been offering one of the strongest and most reliable VPN services for a number of years. However, one area that has always let them down was their lengthy connection-data logging period.

This all changed late 2018 and for 2020 they're a completely no-log VPN service. They even went one step further and had this claim audited so you can guarantee they won't be logging any content you watch or streams you access.

The service is listed as working with Real Debrid and there are actually more IPs compatible than most other services. So you should have an issue accessing extra content through RD.

Apps are available for all major systems including Android meaning whatever Android TV box you have will work and you can connect to any VPN server with ease.

There is one drawback that there is no Amazon app. If you're a Kodi user on the Fire TV, Fire TV Stick or Fire Cube then you'll need to stick with one of the earlier providers.

Which option is best for you?

While we found ExpressVPN to be the overall best choice for the majority of users, often choosing a VPN will come down to personal preference and there are plenty of VPNs for Kodi out there.

Most features are covered by ExpressVPN but you may have a more specific need.

To help you choose between the leading 5 providers above we've broken it down into typical usage scenarios. This will help you make a choice even if you're still struggling to decide.

If you want the VPN with the best privacy credentials

Their proven no-log policy, high encryption levels and being registered off-shore have cemented ExpressVPN as one of the best for privacy protection. If keeping what you're streaming secure is top of your agenda you can't go wrong here.

CyberGhost VPN offers the longest money-back guarantee that we've seen. While most offer 30 days, they offer a massive 45-days.

If you want a VPN that works with Real Debrid

While all of the choices above work with Real Debrid we found ExpressVPN to offer slightly better speeds. This meant in many cases being able to stream in higher quality and reducing the chances of buffering.

If you want a VPN to protect the most devices

As well as being a perfectly good VPN for using with Kodi they also allow 10 simultaneous connections with one account. Even the most entertainment hungry household would fail to fill all those connections.

Their service is compatible with more devices that run Kodi than most others. We really love their well-designed range of apps that allow you to connect with ease and simply forget about them while letting them protect the privacy of your streaming.

Do I really need a VPN for Kodi?

If you're looking for one of the top reasons to use a VPN then without question, using one with Kodi would be right up there and setting up a VPN isn't difficult.

Privacy issues on the internet are rampant these days and everyone from the government to companies and even nefarious hackers are hellbent on tracking what you do online.

This means there's the potential for someone to know what you're watching on Kodi, what websites you're visiting and even what services you're using.

A VPN protects against all of that meaning what you do remains private. 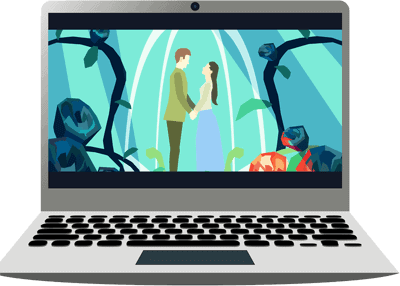 Alongside that, a VPN will also unblock access to more streams and better content. If you're tired of watching low quality movies, sport or TV shows or you suffer from buffering issues, a VPN can help.

So if you're wondering if you really need a VPN of Kodi then the answer is a resounding, Yes.

Are there and free VPNs?

Free, I love this word. I'm of the thought that if you don't need to pay for something, then why should you?

Sure, there are quite a few free VPN services out there, while they're not specific for Kodi, they aren't hard to find.

However, before you start rubbing your hands together with joy and dive right in, there are a couple of things to be aware of.

For streaming video, free VPNs are awful. There are too many users making the service slow which leaves you with buffering and other playback issues, movie-ruiner right there.

Secondly, they're dangerous. Recent reports show that most free VPNs have no actual ownership information, and many are linked to sketchy Chinese entities. Remember ALL of your data is flowing through them.

Would you want to trust Zhang sat in his basement in Shenzhen with all your internet data?

Lastly, many free VPN services have been found to either install malware or so something else equally as dodgy with your data.

You're free to use a ‘free' VPN if you wish, but with a safe and reliable one costing just a couple of dollars or pounds, it isn't worth risking.

The VPN market changes fast and what was best for Kodi last year might not be the case this year.

That's why it's important to consult an updated guide like this one to ensure you get a list of quality Kodi VPNs.

This year ExpressVPN is our standout choice. They've got some of the strongest privacy protections we've seen and with a tested no-log policy it means what you're streaming on Kodi remains private.

Couple that with location points in over 94 countries and you'll be able to access a greater amount of content, most of which will be of a higher quality. If you're undecided then they've got a 30-day no-question money back guarantee so if you find it's not for you then you can get a full refund.

We recommend you take a 12-month package because they're giving 3-months completely free right now which makes it nearly 50% cheaper than paying on a monthly basis.

What's your favourite VPN for use with Kodi? We would love to know so why not pop a comment in the section below.

More articles for you