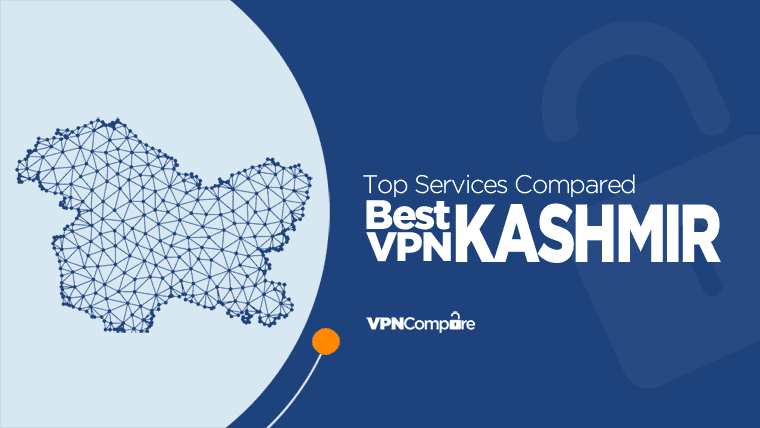 Kashmir's internet was cut for some time but even though it's now back, it's severely limited.

Although there are around only 1400 websites accessible, it's not just government censorship you need to be aware of – although it will be your primary concern.

Using the web unprotected can be equally as dangerous, as you can be exposed to online surveillance, hacking attacks, as well as other limitations.

Internet users' privacy is especially endangered in the Indian region of Kashmir, where the government recently restored internet connections after they were suspended for months.

But, to do so, they had to sign a bond that limits the use of the web to business purposes only, and all of the contents, infrastructure, and alike, needs to be shared with the government agencies whenever they ask for it.

With all connections being monitored and severely limited, internet users need to protect themselves with VPN.

In this article we'll be exploring the leading VPN apps to allow you to access an unrestricted internet as well as answering some of your most commonly asked questions.

Astrill VPN is one of the few ‘premium' VPN services that work in Kashmir. Working well on Jio and Airtel.

While all the most popular names are blocked it works well with good speeds for browsing aswell as other tasks such as gaming.

Using a ‘paid' VPN service is beneficial because free services are often plagued with not only adverts but also other issues that could damage your security and privacy.

The downside is Astrill is expensive, around US$20 per month or $10 per month if you sign up for a year.

If you're ready to take such an expensive hit then you'll get access to some 120 different server locations and a service that has continually fought to stay working in the much more internet restricted China.

Apps are available for all devices including Android, iOS and others. A direct APK file for Android is available if you're unable to access the Google Play Store.

#1 VPN for use in Kashmir 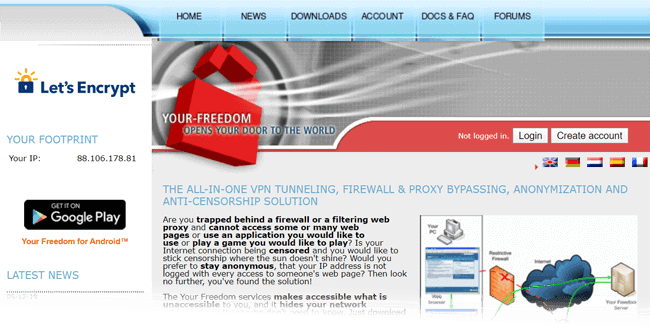 Your Freedom has continued to work well since internet access was restored and only 300 websites accessible.

Speeds are slow but connection reliable.

The service requires payment and the negative is it's an unproven VPN service much unknown in the wider world.

Payment can be made in-app which is a bonus. However due to so many users in Kashmir utilising this service you may find that speeds aren't the best. 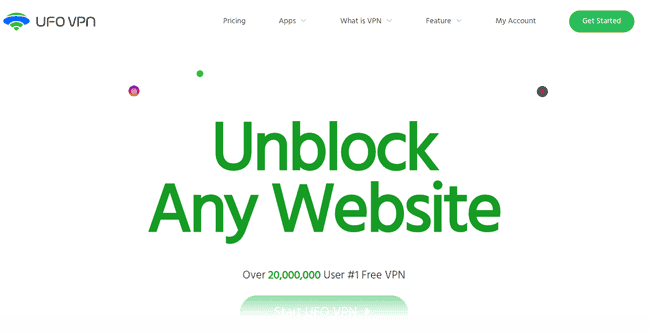 UFO VPN reportedly works well but some users have issues connecting and connections can drop sometimes.

Unfortunately UFO VPN while working is an unproven VPN service and little is known about its ownership.

While we do not recommend this service as it could have security or privacy implications it is one of few services that are working.

The service offers a free limited account access so if you're desperate for some internet access and can't afford to pay for a service this may be your only solution.

We understand that this might be confusing advice, given that we have just recommended some of them.

However, there is a significant difference between the two kinds of free VPNs that you must understand.

Some are generous offers of premium VPN services that offer excellent privacy and protection. They're well known and regarded.

They understand that each user has their own situation to deal with, and some cannot afford to pay, which is why they offer a pretty limited version, but they offer it for free.

The other kind are standalone VPNs that are free to use, but they don't come from reputable brands. 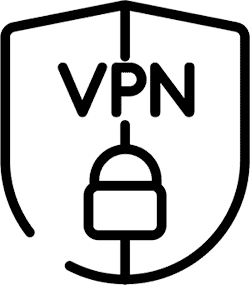 These are the types that have names like ‘FastVPN', ‘KoreaVPN', ‘KashmirVPN', ‘TurboVPN' or many others.

These services are dangerous because:

They have lousy security – these VPNs often use old, cracked encryptions and flawed security protocols.

They have only a few servers – with servers being costly to maintain, they only tend to employ a few, which makes them overcrowded and slow.

They bombard you with ads – you are not paying for their service, so naturally, they have to seek money elsewhere.

Hackers could operate them – hackers are sometimes known for offering free VPNs to steal sensitive data from their users. Or it could be operated by the government themselves.

In other words, if you want to use a free VPN, don't just use the first one you come across, even if you're eager to get just any access to the internet.

Do some research, as free VPNs can be very dangerous.

Even the best ones are somewhat limiting, as we have seen above. The worst ones can put your privacy and sensitive information at risk.

Use paid VPNs where possible

Of course, using a paid VPN right from the start would be the best thing you could do.

However, our numerous tests have shown that many are blocked in Kashmir. At the time of writing only Astrill works well.

While these may be relatively expensive that have numerous advantages.

There are so many benefits to premium services, such as:

They are actually safe – thanks to their customers' payments, they can afford top-notch protection and numerous safety features.

They have fewer users – More servers and fewer users means that servers are not overcrowded, so you can achieve excellent speeds.

Harder to block – If you want to use a VPN to unblock foreign content, premium services are the way to go, as they are much harder to identify and block.

They don't keep logs – as part of their privacy features, all good VPNs have a zero-log policy to keep you safe.

They are not that expensive – the most costly premium VPNs cost around $13 per month, but you can save big by subscribing for more extended periods.

They protect you wherever you are – using public Wi-Fi is dangerous as you never know who else is connected to it. Premium VPNs can protect you if you ever have to connect to an open hotspot.

There are numerous benefits to using free VPNs, but they are not nearly as good as premium ones, so if you can afford one, you should definitely give them a chance.

Can the government block all VPNs?

While it's certainly possible to block some, banning them entirely is almost impossible.

There are just too many different providers out there and while blocking free VPNs is much easier due to their extended use, blocking paid for ones is more complicated.

Even countries like China, which are intent on keeping as much control over their internet as possible, have not been able to block all VPNs. The best solution is to install multiple VPN apps. That way if one gets blocked, you have other options.

If you can afford it then paying for a VPN service is a robust solution. Most other users in Kashmir will be using free services which makes it easier for the government to block.

Those using paid VPN services will be lesser, allowing you to hide under the radar.

How to avoid being blocked entirely?

There are several things you can do to avoid being blocked if your government decides to step up its anti-VPN stance.

For example, you can:

Install multiple VPNs – while the government will certainly try to block as many as possible, it probably won't get them all.

Use different security protocols – Many VPNs employ multiple security protocols, typically between 2 and 5, such as OpenVPN, Shadowsocks, and alike. Switch between them to ensure that you don't get fully blocked.

Use different ports – by default, OpenVPN protocol uses port 1194, while other protocols use other ports. Blocking these ports is a simple but effective way to prevent VPN users. Use a different port and you can evade this.

Use ‘Scramble' – some VPNs have a feature called Scramble, which is used to hide OpenVPN traffic. Basically, it is a way to protect OpenVPN traffic and prevent anyone from recognising it and affecting it.

By using these few simple tips, you can ensure that you will always have a working VPN by your side, regardless of what the authorities might do to try and stop you from reaching out.

Using a VPN is becoming a necessity in Kashmir since the internet providers and government agencies introduced such harsh limitations against their users.

The best thing to do to reach out is to use a VPN service. Ideally using a VPN service you pay for will give you a more reliable connection and likely keep you connected well into the future.

However, if you cannot afford to do so, there are also free plans provided by trustworthy premium brands, which should be useful enough in the current situation.

Remember, not to use any VPN as they could be dangerous to your privacy and online security.

They may be limiting, but they can still help you get some amount of your online freedom until the situation in India calms down.

Thanks to the many Kashmiri residents who have worked with us testing services over countless hours. Your dedication is appreciated.

I would love to hear what VPN you are using in Kashmir, so why not post in the comments section below.