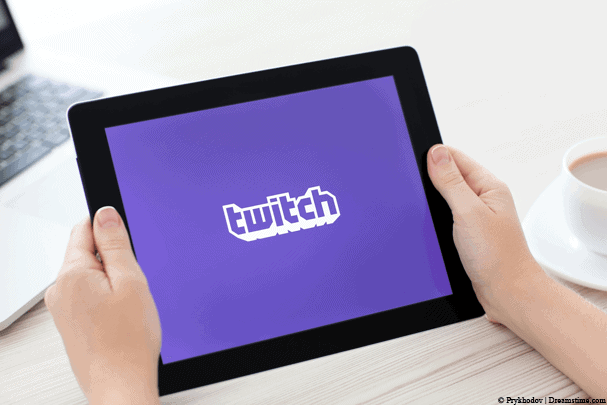 Twitch has become huge in recent years with thousands of users tuning in to watch their favourite game casters stream live.

A VPN has become almost essential for Twitch regardless of if you’re a viewer or a caster. In this article I’m looking at the best VPN services to help you both cast and view.

For casters using a VPN can mean the difference between continuing your live stream or having some nefarious script kiddie DDOS you essentially kicking you offline and affecting your viewer numbers. Let’s be honest, who wants to watch a stream where the host keeps disappearing?

If you’re a viewer and especially one who watches a lot of Twitch streams then a VPN can make the difference between a laggy and unplayable stream and a smooth one.

Finding the right VPN for twitch can be time consuming and also costly as you try out the various providers.

Thankfully I’ve done the hard work for you and I’ve been testing some of the leading VPN services to find the 5 Best VPN services for Twitch.

So let’s find out which VPN is going to improve your Twitch life as a streamer and as a viewer.

IPVanish is without a doubt the Best VPN for Twitch for a variety of reasons.

As a caster being DDOSed is probably your main concern and keeping yourself secure is the key to doing this. When you connect from your home connection its possible for people to discover your IP Address but when using IPVanish you can disguise your IP Address so no one knows your real one.

This will stop you from being DDOSed and allow you to keep your viewers happy by offering a constant gaming stream.

As a viewer you may have a poor route to the Twitch servers meaning you get slow or lagging video. Connecting to IPVanish allows your internet connection to take an alternative route which may help avoid any lag.

Software is available for PC and Mac and apps for Android and iOS meaning it’s easy to set-up and will allow you to stream Twitch on your favourite device with ease.

When taking an annual package IPVanish will set you back $6.49 per month which is roughly £5.30 at going rates.

ExpressVPN actually have more server locations than IPVanish covering around 87 which means you may get better speeds in the countries they support that IPVanish doesn’t.

One of the biggest drawbacks of the ExpressVPN service is the price. They’re at least a few dollars per month more pricey than IPVanish and a lot of other options out there. While it might not seem much on a monthly basis over time those dollars will start to add up.

ExpressVPN offers a pretty fast VPN service, it isn’t quite as fast as IPVanish but it’ll certainly be fast enough for both streaming and viewing of Twitch.

Also they support all the major systems so if you’re a Windows, Mac, Linux, Android or iOS user you’ll be able to get connected quickly and easily using their simple software or apps.

One of the best features of the service is they offer a massive 30-day money back guarantee. This will allow you to test the VPN service with Twitch on a regular basis to see if it’s suitable for your needs. If you’re not happy with the service or it doesn’t do what you want then you can get a refund within the first month.

ExpressVPN will set you back $8.32 per month when taking an annual package which is around £6.80. It’s a little on the expensive side but you do get the added bonus of more server locations so they’re worth taking a look at.

StrongVPN doesn’t have as many server locations as the above providers so you’ll firstly need to check if they have support in your country for them to be useful for Twitch.

However saying that they still have over 20 different server locations around the world. Mostly their servers are located in North America and Europe with a handful in Asia so if you’re in any of those regions then you’ll be fine. If you’re in South America, Australia or Africa then you may want to consider one of the earlier choices.

The benefit of StrongVPN is their price. They’re one of the cheapest VPN providers available and will only set you back $5.83 per month which is around £4.76. So although they have less server choice they will save you money in the long run if they’re suitable for your region. 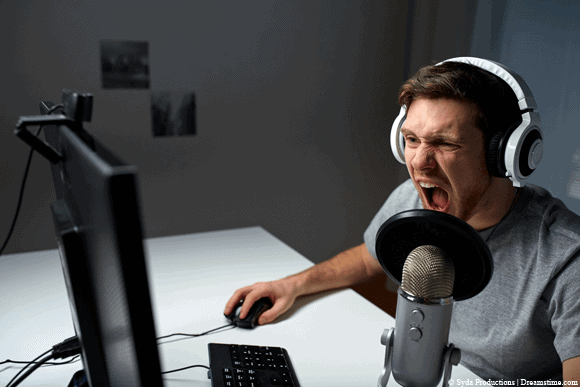 The StrongVPN desktop software for Windows and Mac is a little dated and really isn’t up to the standards of either IPVanish or ExpressVPN but if you can overlook the missing polish it will do the job of getting you connected and your Twitch stream secure and fast.

The good news is the apps for mobile devices are much better so if you’re a mobile Twitch user you won’t have any issue.

I would recommend starting with IPVanish or ExpressVPN but if either of them isn’t suitable for you then StrongVPN is certainly worth a look.

Overplay are one of the fastest VPNs and are along the lines of IPVanish when it comes to speed.

This is great news for Twitch because you’ll be able to maximise your stream speed as a viewer and if you’re a streamer then you give yourself the best chance at providing an uninterrupted stream.

Overplay will be mostly suitable for desktop users because they offer Windows and Mac software. There isn’t currently any mobile apps although I hear they are in production.

This means if you’re a mobile user then you’re going to have to set the service up manually but it’s probably just easier sticking with one of the earlier providers if using Twitch on mobile is your main concern.

Servers are available in over 43 countries allowing you to use Twitch from almost anywhere. This will allow you to unblock it at school or work, increase the safety of your streams or get a better connection as a viewer if you’re suffering from lag on playback.

Overplay are a little more expensive at $8.33 a month when taking an annual account which is roughly £6.81 and you could get just as good service from IPVanish for less. If you’re happy with the price though they offer a decent service which will be good for use with Twitch.

VyprVPN rounds up my selection of best VPN for Twitch options.

The best thing about the VyprVPN service is their software is some of the easiest to use. If you’re not great with technology then you’ll appreciate the fresh design of both their software and apps.

Security wise you’re best off avoiding the cheapest package from VyprVPN as it only offers the insecure PPTP protocol. You’ll need to opt for their mid or upper tier package if privacy is your concern.

Streaming Twitch or watching shouldn’t be an issue even on their most basic package which costs $5 per month when taking an annual account, however, for a couple of dollars more per month you get the benefits of securing the privacy of your connection so it’s worth considering.

VyprVPN offers a completely free 3-day trial. You’ll need to enter some payment details to take advantage of that but if you’re not happy with the service or it doesn’t work as you want with Twitch then you can cancel and you won’t be charged.

VyprVPN recently expanded their server offering and now cover 64 countries around the world making them one of the bigger providers. This means you’ll be able to get good speeds in most regions for Twitch usage.

If one of the earlier providers doesn’t tick all the boxes then you may want to consider VyprVPN.

There are many options for VPN providers. Just simply typing the term “VPN” in Google can bring up a huge array of choices which can often leave you confused.

I tested the selection above and found them to be the best choice for use with Twitch. My favourite provider was IPVanish because they offer an all round good package at an affordable price but it’s also worth considering the other choices if you have time.

To recap on the available options take a look again at the table below.