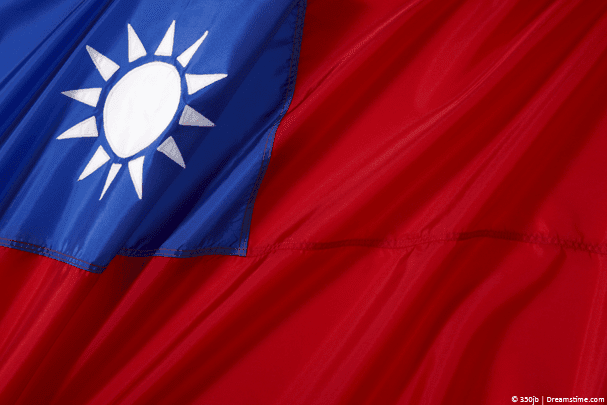 In the recently published Freedom in the World report by the Freedom House organization, Taiwan has been classified as the freest country in Asia. Unlike neighbouring China, citizens of Taiwan enjoy a full range of civil liberties including access to a free and uncensored internet.

But that is not to say that aren’t still a number of compelling reasons to sign up for a VPN in Taiwan. Making a decision as to which is the best VPN for Taiwan in 2017 can be draining. A simple Google search will bring up countless options, with each seeming to offer a perfect service. So how do you make the right decision?

I have been based in Taiwan for a number of years and in that time have tried out almost all of the big name VPN providers, and a fair few smaller ones as well. So, I have done the hard work for you and compiled my top 5 best VPNs for Taiwan in 2017.

How to choose the Best VPN for Taiwan in 2017

There are a number of reasons why signing up for a VPN in Taiwan is worthwhile, but these will differ depending on your internet habits so it worth giving some thought to what you might be using your VPN for before buying.

Taiwan has a plethora of different TV channels but the standard of content is generally poor and the best entertainment from overseas can be hard to find.

Both ex-pats and Taiwanese citizens are keen to watch the latest shows from the US and the UK, and there is also high demand for content from other Asian countries such as Hong Kong, China, South Korea, and Japan. But there is little of this available directly in homes in Taiwan, and overseas online streaming services are more often than not blocked.

Using a VPN will unlock these streaming services from these countries in Taiwan, and also allow users to access geo-blocked Taiwanese content when they are abroad.

Whilst the Taiwanese government does not routinely censor the internet in the way that neighbouring China and some other countries in the region do, there are some sites which can be blocked for various legal reasons.

Using a VPN enables all blocked sites to be accessed from Taiwan and will also open up content should you travel to another country where censorship is practiced.

Whilst the Taiwanese Government may not be interested in your online activity, the sad fact is that others are. The tense political situation between Taiwan and China means there is no shortage of state and non-state actors from across the Taiwan Strait looking to hack Taiwanese users.

It is therefore extremely sensible to use a VPN to protect your data and privacy when logging on in Taiwan.

Fast servers in nearby Hong Kong, South Korea and Japan

IPVanish is the best choice for a VPN service in Taiwan.

Whilst they do not offer servers in Taiwan, they do offer some of the fastest servers available for Taiwan located in neighbouring Hong Kong, South Korea, and Japan

With 76 servers available across the region and more than 700 globally, there is no shortage of options on where to connect to.

The speeds and reliability of connection make it a great service for streaming geo-blocked content from overseas.

They offer OpenVPN 256-bit, L2TP and PPTP VPN protocols which are great for keeping your connection secure and protected.

They offer a guaranteed and verifiable no logs policy which means that what you do online is sure to stay private. They also offer a 7-day money back guarantee if you are not totally satisfied.

ExpressVPN does offer servers in Taiwan as well as 19 other countries across the Asia-Pacific region.

Whilst ExpressVPN is a little more expensive than IPVanish, the combination of a Taiwan servers and a greater number of servers available globally makes them a good option.

ExpressVPN offers its software and also dedicated apps for all major operating systems and also offer a Linux client. This means making a connection is simple and almost all users are catered for.

The encryption used by ExpressVPN is strong and they also have a no logs policy which ensures that your browsing history remains private.

Speeds can be slower

NordVPN offers a Taiwan server as well as servers across the region. There is also a regional double-VPN service with traffic routed through both Taiwan and Hong Kong for extra security.

It offers user-friendly Apps for all major operating systems which include a number of unique features including SmartPlay which claims to guarantee access to any online streaming service.

Strong encryption and security features across all packages with a verifiable no logs guarantee.

NordVPN is available in three simple and affordable packages, with both a free trial and 30-day money back guarantee available. For a premium VPN service, they are one of the best value-for-money options on the market. 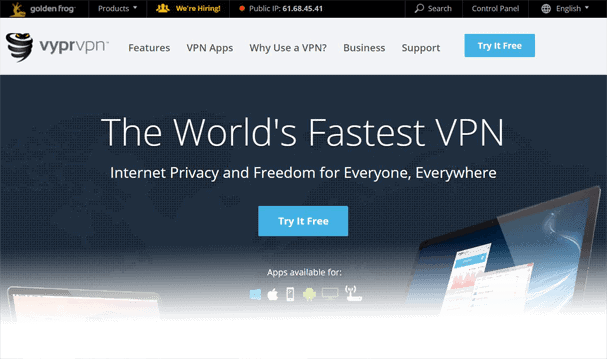 Simple, easy to use interface

As well as offering servers in Taiwan and 13 other countries across Asia, VyprVPN has a policy of owning and operating all their own servers and infrastructure. This means they should be even more secure than other VPN providers as they are not renting any hardware from other companies and can ensure their privacy policies are applied across the board.

VyprVPN is available in Apps and software for all major operating systems meaning all devices are catered for. It can even be used on certain routers allowing an entire Wi-Fi connection to be protected.

The package selection available was recently upgraded which gives you more for your money and allows you to choose between 3 and 5 concurrent connections as well as included a few extra features on the higher priced package.

VyprVPN offers a free 3-day trial with no payment being taken unless you choose to sign up. This is great as you can try the service properly before you buy.

Not so many servers

Our reviewer loved VPN.ac, and with good reason. They may not offer too many server locations and don’t currently have servers in Taiwan, but there are nearby servers in Hong Kong, Japan, South Korea, and Singapore.

Their speeds are amongst the quickest we have seen and this means overseas servers work even faster than domestic-based servers on other providers.

VPN.ac offer some of the strongest encryption around, which will be vital for some Taiwanese users who may travel to China for work or pleasure. They have multiple encryption protocols available including PPTP, L2TP, OpenVPN ECC, OpenVPN 256-bit, OpenVPN 128-bit and OpenVPN XOR.