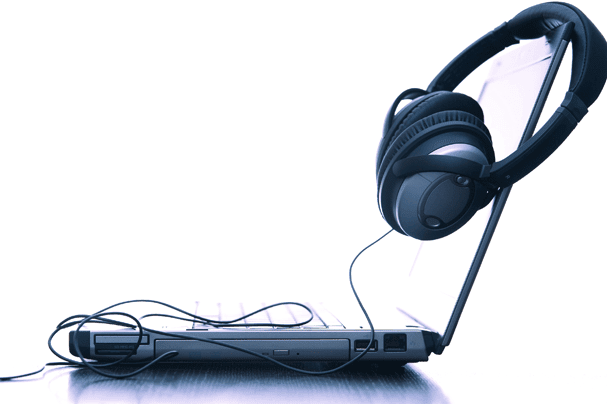 With so much choice in the VPN industry these days it can be hard to distinguish between providers who offer a fast service and those that offer a slow one.

If like me you’ve been searching for the Best VPN for Speed then it can be disappointing to sign up to a well known VPN provider only to start trying to access the web, stream video or download files and find the connection crawls at a snails pace.

There are thousands of VPN companies out there and while most have flashy websites, compete on price and all have a similar range of servers one thing you can’t determine before signing up is the actual speed you’ll achieve. Not until after you’ve parted with your hard earned cash do you find this out.

I’ve been testing a range of the most well-known and popular VPN providers monthly to see who offers the most blisteringly fast speeds. Just type the current months name into the search box to see my latest monthly speed tests.

So let’s find out who won’t disappoint in the speed stakes and if download speed is one of your most critical requirements then these providers certainly fit the bill.

IPVanish is one of the fastest VPN providers we’ve tested. Over the course of the last 18 months we’ve been testing the top 10 VPN providers on a regular basis and every month without fail IPVanish have finished either top or in second position.

Our tests are carried out on UK VPN servers from within the UK but regardless of location anything within a reasonable physical distance of the UK for myself provides excellent speeds.

When travelling I’ve often connected to the local servers available in the country I’m in or ones nearby and they’ve offered equally good speeds to what I’m used to with the UK VPN server from IPVanish.

For such a large provider with over 60 countries available to connect to it is pretty much unheard of to get such speeds.

My personal internet connection is 200 mbps and with IPVanish using OpenVPN with 256-bit encryption and the UDP protocol I can get anywhere between 120-140 mbps.

IPVanish stores no logs and has software for Windows and Mac and also apps for Android and iOS so you can get yourself protected by a VPN connection with ease.

IPVanish accepts payment via Paypal, Credit / Debit Card, Bitcoin and have a host of local payment options such as Alipay, CashU, iDEAL, PaySafeCard and more.

If you’re interested in finding out more about the IPVanish service then read our latest review otherwise click the link below to visit their site and sign-up to the Best VPN for Speed.

VPN.ac like IPVanish above is also one of the fastest VPN providers I’ve tested and more often than not play leapfrog with IPVanish on a monthly basis sitting either second or top in overall speed tests.

Being a smaller provider it means the servers are less overloaded than other popular VPN services which accounts for their top download speeds.

Over the past 18 months VPN.ac have continued to show their quality in the speed stakes never faltering in their offering and would make a good choice if you’re interested in fast download speeds.

VPN.ac isn’t quite as big as IPVanish in terms of countries available to connect to but they’re ever expanding. Their current country count sits at 20 which is reasonable making them suitable for the majority of locations around the world.

Not only are they fast but they’re also one of the cheapest VPN providers with a yearly account costing just US$58 (approx £40). VPN.ac has software for Windows, Mac and Android. Unfortunately they don’t have an app for iOS just yet so you’ll have to stick to IPVanish if iOS is your device of choice.

VPN.ac is one of the best choices for users in China. They actively work to ensure their network works as well as possible and user reports show some of the fastest speeds are achievable behind the great firewall of China.

If you’re interested in fast speeds, no logs and a VPN service that cares about encryption then click the link below to visit VPN.ac

LiquidVPN like IPVanish and VPN.ac is without a doubt one of the fastest providers we’ve tested.

Month on month LiquidVPN out perform most big VPN services and show that a smaller provider is sometimes better.

In 18 month of tests LiquidVPN have never failed to offer top speeds and if you’ve got a fast internet connection or just want to achieve near maximum throughput then they would certainly make a good choice.

LiquidVPN are best suited for users in North America and Europe because this is where the bulk of their servers sit. They do have a server in Singapore which should be suitable for surrounding countries in Asia but in general, if you’re outside of North America or Europe then you would be better served by IPVanish.

Although LiquidVPN are the smallest provider in terms of countries covered we’ve listed in this article, the 9 countries they do cover are robust and extremely fast. So if you’re geo-graphically close to one of the servers they offer then the speeds will more than make up for the lack of options.

LiquidVPN currently has custom software for Windows, Mac and Android. If you’re looking for a fast provider for iOS then IPVanish is still the best option.

Payment is possible via Paypal, Credit / Debit Card and Bitcoin.

At just US$4.75 (approx £3.34) per month if taking an annual account LiquidVPN are also one of the cheapest providers.

If you’re interested in taking a look at their service or signing up, click the link below.

Visit LiquidVPN »
Back to Top

Selecting a VPN provider is often personal choice but when it comes to speed then the facts can’t be ignored.

IPVanish, VPN.ac and LiquidVPN all make great choices when it comes to speed because over the past 18 months we’ve proven them to be the fastest three providers in the industry.

My Best VPN for Speed and top recommended provider is IPVanish, not only because they’re one of the fastest three providers but for the price they also offer the most service.

Having access to over 60 countries with countless numbers of servers for well under US$10 (approx £7) per month and even cheaper when taking a yearly package really makes sense when you consider how fast their download speeds are. With a wealth of payment options and locations in nearly every corner of the world it makes their service suitable for you regardless of where you live.

VPN.ac and LiquidVPN also make good choices based on their download speeds but with their smaller networks on offer they’re only suitable for select regions and you should check out their server selection to ensure they offer servers close to your location, with IPVanish there isn’t such a concern.

To sum up I recommend IPVanish but all three providers make excellent choices and if speed is your concern along with a good overall service then all three options make a great choice.

To recap on the three providers take a look again at the table below.