Home » Guides » Best VPN for Scotland for all purposes

Best VPN for Scotland for all purposes 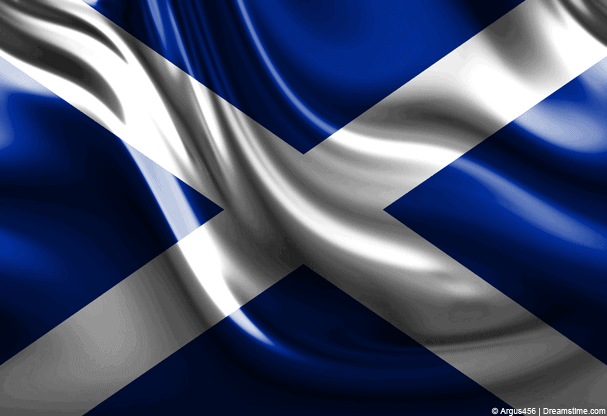 VPN use has exploded in recent years and Scotland is no exception. In this article I’m taking a look at the Best VPN for Scotland.

Finding a reliable VPN provider for Scotland can be a difficult job especially with so much choice. Even a quick search of Google will offer thousands of options which can be confusing, time consuming and ultimately you may just give up.

Most suitable providers for Scotland won’t actually provide Scottish based servers so the best option is to find a service that offers reliable United Kingdom servers, especially if they’re in the north of England because there is less distance, however generally much of the UK is connected via London so most UK servers will be suitable for Scottish use.

That said, there are a handful of providers that also offer servers in Scotland so I’ve been taking a look at some of these and others that are suitable for use in Scotland too.

So let’s find out which provider offers the best VPN for Scotland.

IPVanish is definitely the Best VPN for Scotland and for various reasons.

One of the main positives for Scottish users or those who want to access Scottish services is that IPVanish is one of few providers who offer dedicated VPN servers in Scotland itself. Glasgow has two servers available to connect to which is good news if you’re based in Scotland.

The Scottish based servers work with all the Scottish streaming services such as STV Player and BBC iPlayer so you’ll still be able to watch these while protecting your privacy or if you’re abroad you’ll be able to stream them while you’re away too.

If you’re looking for other nearby servers then IPVanish have servers in Belfast, Liverpool, Manchester and even Nottingham which are relatively close to the Scottish border and would provide top speeds. Very few providers offer servers outside London so it’s a massive plus of the IPVanish service.

Servers aside they have one of the fastest networks and in my monthly speed tests they regularly come out on top as the fastest provider out of ten of the leading services.

Software is available for Windows PC and Mac as well as apps for both Android and iOS and with 2 concurrent connections allowed from the one service you can protect both your home connection and a mobile one, or protect two of the same if you prefer. The software and app solutions make connection possible with 1 or 2 clicks.

At only $10 a month or $6.49 (approx £4.44) a month when taking an annual package their prices are competitive or lower than much of the competition. Try them with their 7-day money back guarantee.

Unlike IPVanish, ExpressVPN like most VPN services don’t offer a specific server in Scotland itself but they do offer a good range of different UK locations that make them suitable for use within Scotland.

Most of the servers from ExpressVPN are located across the south coast of England including London but with major internet links to London across the UK it’s often the case that data gets bounced here first regardless of your location so the speeds achievable for much of built up Scotland will still be ideal.

ExpressVPN does work with services such as BBC iPlayer and STV Player so you will be able to continue to watch these while travelling or if you just want to protect your privacy on a permanent basis.

My favourite feature of the ExpressVPN service is they offer a huge 30-day money back guarantee. This allows you to test the service for a whole month and if you’re not happy with how it performs there is no risk as you can get your money back. Most providers offer a few days or a week so this is certainly a boon for the service.

One thing that does let the service down is they’re a little expensive compared to the likes of IPVanish. A month service will cost you $11.32 although this can be made a little cheaper at $8.32 (approx £5.69) but it’s still a little expensive considering you can get an equally good service for less above.

Apps for mobiles and tablets and software for desktop and laptops is available so your full range of devices are covered.

VyprVPN is another top VPN provider and although they don’t specifically have a server in Scotland like IPVanish does, they have multiple servers located in London.

While this won’t be suitable for users looking for a dedicated Scottish server it will still give fast speeds because the majority of the UK is connected via London anyway and will offer the best browsing experience while protecting your privacy.

Unfortunately services such as BBC iPlayer and Sky Go don’t work with VyprVPN so if you’re travelling outside the Scotland and want to access those from abroad you’ll need to look to one of the providers above who do work.

If you want to watch STV Player or ITV Player then VyprVPN will be suitable as well as for a range of other streaming services.

All major devices are covered and depending on which package you sign up to you can use the service across 2 – 5 devices.

One area that lets VyprVPN down is their lowest package isn’t all that secure as it offers only the PPTP protocol which is advised against if you’re serious about protecting your privacy. This means you’ll need to opt for their mid or higher tier package which is more expensive than a service from IPVanish for example.

Outweighing the negative is the ability to sign up for a 3-day trial which although you need to enter your payment details won’t be charged unless you opt to keep the service. If it’s not for you then simply cancel before the three days are up and it won’t cost you anything.

LiquidVPN again like most providers don’t have dedicated servers in Scotland so if that is a deal breaker then you’re best sticking with IPVanish.

In fact, LiquidVPN has the fewest overall worldwide servers out of the selection I’ve tested for this article totalling just 9. However, there is one major reason why I’ve chosen to include them and that’s because the quality and speeds of their network.

LiquidVPN’s UK servers are in Manchester which is generally closer for Scotland than most other providers who often have servers in London and while this isn’t a massive distance in terms of how the internet works you may appreciate the closer location.

My main reason for including them as a good option for Scottish users is due to the quality of their network. Along with IPVanish, they’re one of the fastest VPN providers I’ve tested and they consistently leapfrog with IPVanish for top spot on a monthly basis.

This alone makes them great if you’re into downloading, torrenting or other high bandwidth uses. They’re also the cheapest provider available especially when taking a yearly package so it’s worth considering signing up for a longer period to save money.

Windows, Mac, and Android clients are available and it’s possible to set-up on an iOS device too but you’ll need a little bit of technical knowledge. If you’re not comfortable with that then I recommend sticking with IPVanish for ease of use on an iOS device.

VPN.ac like most other VPN providers doesn’t have specific servers in Scotland and lists its servers generically as in the United Kingdom.

Like LiquidVPN above and IPVanish earlier VPN.ac are one of the fastest VPN providers I’ve tested and like the other two, they often compete for top spot in my monthly speed tests for UK servers.

So while they don’t have a Scotland specific server their UK ones are certainly suitable.

BBC iPlayer, Sky Go, STV Player and many other streaming services work fine on the VPN.ac service so if you’re going abroad or you want to protect your privacy and still be able to access these services then it’s definitely up to the job.

Like LiquidVPN software is available for both Windows and Mac with a client for Android, iOS isn’t supported with an app but again if you’re happy to set-up manually then it will work, however, if you’re not then you’ll need to look to one of the other options listed here.

VPN.ac has over 21 different countries covered so they’re also useful for accessing different services from around the world from Scotland or if you’re intending to travel then you’ll also be able to protect your privacy in most locations around the world and retain top speeds.

Visit VPN.ac »
Back to Top

Finding a provider that offers a dedicated server in Scotland is like finding a needle in a haystack. Luckily IPVanish is one of very few providers who do offer a dedicated Scottish server and as well as their quality service, speeds and price it makes them my Best VPN for Scotland.

Not having a specific Scottish VPN server for most people won’t be detrimental to speeds or the privacy a VPN can introduce as any based within the UK including as far away as London won’t introduce enough lag to be noticeable.

What to look for in a VPN service for Scottish use

The basic aspects to look for in a VPN provider for Scotland is firstly it is essential that they have a UK based server, one such as IPVanish that has a dedicated server in Scotland will be best but as long as it has a UK server then it’ll be suitable for Scottish use.

Alongside that you should look for a fast VPN service, unfortunately it’s difficult to know the speeds before you sign-up. The 5 providers above have all been tested by ourselves and so we can confirm in our tests they all performed well with IPVanish, LiquidVPN and VPN.ac exceeding in the speed stakes.

Another aspect to consider if your usage. If you need to access a lot of overseas services or you travel extensively then looking for a VPN provider that has worldwide coverage will suit you best. Alternatively, if you want to watch STV Player and other streaming services whilst you’re away then consider a provider that works with such services.

Deciding what device you’re planning on using the service on should be another concern, with easy to use software and apps from some providers like IPVanish and ExpressVPN they’re quick and simple to get protected. However if you don’t mind tinkering under the hood for iOS devices then LiquidVPN and VPN.ac are still suitable.

I hope you’ve found this guide useful to help you find the best VPN for Scotland but if you have any personal experiences yourself or any questions please feel free to post in our comments section.

To recap the available options take a look at the table again below.