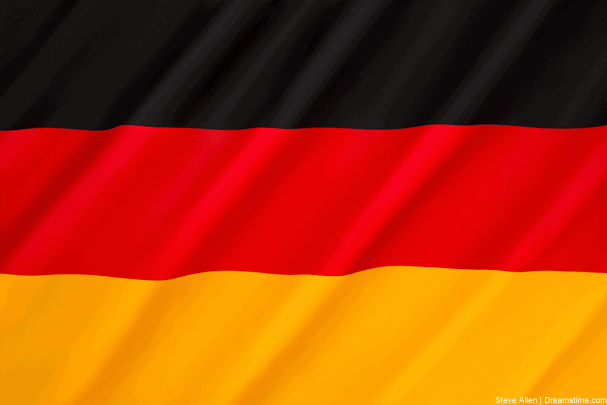 If you’re looking for the Best VPN for Germany then the wealth of options can be confusing.

Just simply searching the term “Best VPN for Germany” will bring up a huge array of options which can leave you feeling overwhelmed and if you’re like a lot of people, ready to give up.

The great news is there are a handful of providers that offer decent VPN services and when in Germany they’ll make ideal solutions.

I’ve been testing a selection of the available providers to see who offers the most reliable solution for use in Germany whether you’re a German resident or you’re just travelling within Germany for a period of time.

So let’s find out which is the Best VPN for Germany.

If you’re looking for a VPN for Germany and want the best then IPVanish is definitely my top choice.

If you’re in Germany and looking for local servers then you’ll be glad to know that Germany is well resourced with over 27 servers in Germany alone.

It’s also covered in two locations in both Dresden and Frankfurt meaning you’ve got more than one option for local connection which will also give you the best possible speeds while protecting your privacy.

Entertainment is an area that is also well covered as IPVanish have servers in over 60 different countries meaning you can access all the popular entertainment services such as BBC iPlayer, Sky Go, CBC, SBS and many others from around the world.

Regardless of if you want to protect your privacy or access blocked entertainment content IPVanish cover most major devices including Windows, Mac, Android and iOS so whatever device you want to use will be covered.

You can use the service on up to 5 different devices and at just $6.49 per month (approx £5) when taking an annual package the price won’t break the bank either.

ExpressVPN makes a very good VPN option for Germany and while they aren’t my first choice they do provide a very good service.

The service actually has a few different locations across Germany in Frankfurt, Darmstadt and Dusseldorf.

If you want to tunnel out of Germany then there are a wealth of servers across Europe including a few locally that are outside the EU such as Switzerland and Iceland which would make good options for privacy reasons.

ExpressVPN have global servers in over 78 different countries making them one of the largest VPN providers in the world who also offer a good quality service.

This is good news if you want to access restricted websites or entertainment content that may be blocked in Germany or outside the country it is intended for.

Like IPVanish they offer software for Windows and Mac and also apps for iOS and Android. A bonus for Linux users is they recently released a Linux client too.

One of the downsides of the ExpressVPN service is the price costing $8.32 per month (approx £6.40) when taking an annual package. This makes them one of the most expensive providers, however, they do have a 30-day money back guarantee so you can get a refund if you’re unhappy.

If neither of the above options are suitable for your needs then StrongVPN might just be for you.

One of the best features of the service is they’re a little cheaper than the above options costing just $5.83 per month (approx £4.50) when taking an annual package.

While the price is cheaper and may be suitable if you’re on a budget the service does have less access to countries around the world than IPVanish and ExpressVPN.

StrongVPN has access to 20 countries with 43 different cities available. This is a lot less than the providers above but if price is your concern and the countries they do have available suitable then they could be ideal for your needs.

German servers are available in Dusseldorf, Frankfurt and Munich with a handful of countries across Europe, North America and Asia allowing you to access blocked entertainment.

You should definitely consider your country access needs before signing up to StrongVPN but if they are suitable you’ll be rewarded with a fast and reliable service.

Overplay is another very good service that is suitable for use in Germany if you live there but also suitable if you’re just passing through for a period of time.

German servers are available in Frankfurt only on the Overplay service but they do have 26 servers available so there is plenty of choice available meaning you won’t suffer from a slow connection.

One negative of the service is only software for Windows and Mac is available with no mobile apps yet. Although they don’t currently offer mobile solutions it’s still possible to set the service up manually and mobile apps are in the works and should be released shortly.

Overplay is more expensive than most other providers and will set you back $8.33 per month (approx £6.40) but if you don’t mind parting with that much cash on a monthly basis then you’ll be rewarded with one of the fastest services out there.

VyprVPN rounds up my selection of VPN providers for use in Germany.

Germany is covered with servers in Frankfurt so there isn’t a lot of choice of locations across Germany but there are multiple servers available meaning you’ll get a reliable service to protect your privacy.

VyprVPN is one of the bigger providers server wise with over 50 servers available worldwide. If you’re after accessing entertainment content then the large range of countries available will certainly cover most needs.

If you want to protect your privacy then the basic package available from VyprVPN isn’t suitable because it only offers the PPTP protocol which is considered insecure.

Due to this you’ll need to opt for the VyprVPN Pro or Premier packages which start at $8.33 per month (approx £6.40) when taking an annual package and allow you to stay fully secure with VPN protocols such as OpenVPN and L2TP.

One of the best features of VyprVPN is they offer a 3-day trial. You need to enter your payment details but as long as you cancel before the 3-days expire then you won’t be charged.

Choosing the Best VPN for Germany can be difficult but I hope with this small round-up of top providers it has helped you make a choice.

Ultimately IPVanish is my favourite providers for use in Germany because not only is the service one of the fastest and most reliable but it’s also one of the cheapest available options which overall makes it the Best VPN for Germany.

If you’re after shopping about then the other options are also worth considering as one of the other services may be more suitable for your needs.

To recap on the available options take a look at the table again below.